Will Justice Amy Star in ‘The Five’? 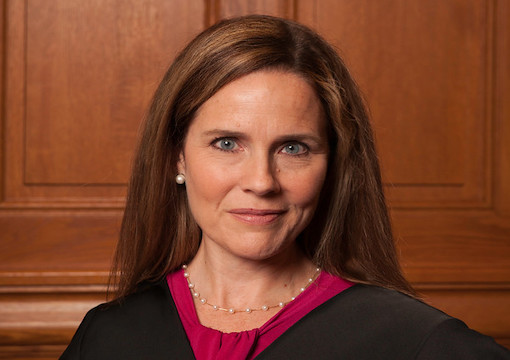 By nominating Federal Judge Amy Coney Barrett to the Supreme Court, Donald Trump kept his word, and more than that.

Should she be confirmed, he will have made history.

Even his enemies would have to concede that Trump triumphed where his Republican predecessors — even Ronald Reagan, who filled three court vacancies — fell short. Trump’s achievement — victory in the Supreme Court wars that have lasted for half a century — is a triumph that will affect the nation and the law for years, perhaps decades.

Trump’s remaking of the Supreme Court for constitutionalism may well be the crown jewel of his presidency.

On the other side would sit the three liberals: 82-year-old Stephen Breyer and Barack Obama appointees Elena Kagan and Sonia Sotomayor.

If Chief Justice John Roberts envisioned a Roberts Court where he would be the swing vote for 4-4 deadlocks, deciding every such case himself, his dream could be about to vanish.

If Barrett is confirmed, the new court becomes “The Five,” with its youngest, newest and most charismatic member, a 48-year-old protege of Justice Antonin Scalia, its brightest and rising star.

Consider the credentials of the jurist Trump just named.

She is a non-Ivy League, Middle American and a devout Catholic and mother of seven, including a special needs child and two adopted children from Haiti. Almost universally, former classmates and colleagues, liberals among them, praise her temperament, brilliance and scholarship.

“If Senate Republicans stay united, then they can realize a victory that generations of their GOP predecessors had hoped to see.”

America’s court wars, in which the coming battle over Barrett’s nomination may prove decisive, go back half a century.

It was begun in June 1968, as Richard Nixon, victorious in his party’s primaries, was moving inexorably to the GOP nomination in Miami Beach and very possibly on to the presidency of the United States.

Chief Justice Earl Warren, an old adversary of Nixon’s from California days, was not happy with this. A report in the Philadelphia Inquirer reported that Warren “is said to feel that Richard Nixon — regarded as the GOP’s likely presidential nominee — would be bound to appoint a new Chief Justice pledged to overturn recent court decisions guaranteeing constitutional rights of criminals.”

Nixon sent the clipping to me with a note: “Buchanan: Why doesn’t (Strom) Thurmond send this to Southern papers — opinion leaders.”

The Inquirer article proved to be on point. In collusion with Chief Justice Warren, President Lyndon Johnson had hatched a plot.

Warren would announce his resignation as chief justice and would make acceptance contingent upon Johnson’s nominee to succeed him being confirmed. And that nominee would be Justice Abe Fortas, a court ally of Warren and longtime crony of LBJ. All three were in on it.

When Fortas was confirmed, his vacant seat as associate justice would then be filled by Federal Judge Homer Thornberry, also an ally of Johnson’s going back to his Texas days.

Thus would Nixon be preempted, the liberalism of the high court guaranteed, and the Warren Court succeeded for another decade by the Fortas Court.

When LBJ named Fortas, Nixon went silent. But GOP Senators Robert Griffin, John Tower and Howard Baker moved to block Fortas’ ascent. They used an argument familiar to us today. The new president chosen in November, not the president retiring in January, should choose Warren’s replacement as chief justice.

The attack from Senate Republicans soon zeroed in on Fortas’ social liberalism on pornography as manifest in his having voted alone on the court to approve for public viewing films depicting acts of homosexual sex.

Fortas not only failed to win the support of the two-thirds of the Senate he needed to overcome a Republican filibuster, he also failed to win a simple majority, receiving only 45 votes for confirmation. On Oct. 1, 1968, Fortas asked Johnson to withdraw his nomination, and in the spring of 1969, he was forced to resign from the court in a financial scandal.

Warren would have to swear in Nixon as the nation’s 37th president on Jan. 20, 1969, and then watch Nixon replace him as chief justice with Judge Warren Burger in the spring of that same year.

Came then Nixon’s losing battles to put Southern judges Clement Haynsworth and G. Harrold Carswell on the court, Reagan’s failure to elevate Bob Bork, and the brutal but failed assaults on Clarence Thomas and Brett Kavanaugh.

If Senate Republicans stay united, then they can realize a victory that generations of their GOP predecessors had hoped to see.