In two successive editorials in the Washington Post, George Will has officially announced that it’s time to bring our national boondoggles to an end and begin pulling out of Afghanistan and Iraq. Said Will of Iraq:

After almost 6 1/2 years, and 4,327 American dead and 31,483 wounded, with a war spiraling downward in Afghanistan, it would be indefensible for the U.S. military”overextended and in need of materiel repair and mental recuperation”to loiter in Iraq to improve the instincts of corrupt elites. If there is a worse use of the U.S. military than “nation-building,” it is adult supervision and behavior modification of other peoples’ politicians.

The bow-tied sage wrote similar things about Afghanistan, concluding with a token from his great repository of historical allusions:

Genius, said de Gaulle, recalling Bismarck’s decision to halt German forces short of Paris in 1870, sometimes consists of knowing when to stop. Genius is not required to recognize that in Afghanistan, when means now, before more American valor … is squandered.

I guess I”m glad that Will wrote these columns. Perhaps one day we”ll look back on them as marking a turning point when Beltway conservatives (the kinds who like to have policy debates with scholars from the Brookings Institute) finally felt it safe to kinda, sorta oppose the wars. David Frum and some NRchiks are certainly getting antsy…

But what I find most striking about Will’s recent turn is not so much his great courage in opposing the conservative establishment as the fact that his arguments are each based on realities that were quite obvious to all with eyes to see seven years ago: the Afghan geography and population haven”t changed much, and they”re just as indomitable and un-centralizable as they were in 2002 (and 330 BC, for that matter); “nation-building” (which Will also puts in scare quotes) is still folly; and the American military is as bad at “peace keeping” and bomb-dropping “social work” as it ever was etc. etc. etc. Since Will hasn”t offered any new revelations, I only wish he would have told us that he felt this way seven years ago, before we killed all those people and borrowed all that money. Perhaps he”ll get it right next time. And, no doubt, there will be a next time, and Will will be there on his establishment perch ready to opine on the matter.

(And by the way, those in the antiwar Right who think that after Will’s two columns, conservative movement dignitaries are going to turn on their neocon masters and penitently announce that Pat Buchanan was right all along are dreaming.)

Now, one might counter that Will has stayed consistent. What he really wanted in 2002 was a sharp, quick intrusion to teach the Taliban a hard lesson after they spurned President Bush and his demand that they hand over bin Laden. And in 2003 Will, like the rest of Washington, really believed that Saddam Hussein had WMD, and since we”ve now stabilized the Iraqi government about as much as we possibly can, he’s naturally decided it’s time to go home. This would be an appalling mischaracterization of Will’s positions in 2001 and “02, of course (more on that below), but, yes, one could say that. But in the end, such equivocation is mostly meaningless anyway as it amounts to taking another whirl on the “realism”-“idealism” merry-go-round, which conservatives have been riding for years.

Without reliving the last eight years, I’ll sum it up by saying that when Washington is riding high, its propagandists brag about the regime’s noble, transcendent, value-laden warfare (hence the “Freedom Agenda” and Bush’s cringe-inducing Second Inaugural.). And when things go bad, they bunker down, the generals and “realists” are brought out, and people like Robert Gates are tasked with instructing us on the long slog towards victory (hence “al-Qaeda is in Iraq (at least now anyway),” “We’ll fight ‘em over there so we don’t have to fight ‘em over here,” and Condi’s image of a smoking-gun shaped mushroom cloud (or something like that.)) George Will’s op-eds about the need to slowly withdraw represent just another turn on the loop-de-loop. And it’s doubtful he”d be saying anything like this if a Republican president were actively supporting the wars. “Realism” is a mask covering something Washington doesn”t want to discuss”and it’s meaningless to even talk about “realism” until one understands the nature of the ship the “realist” claims to steer according to the changes in the international winds. Put another way, before thinking about a “realist” solution to a world problem (Will’s or anyone else’s), one needs to look at what’s already taken for granted: for example, the fact that Washington has 500,000 soldiers stationed in some 146 countries and that every Washington wonk and telegenic general is fixated on “threats,” most of which are located somewhere in the Middle East. Reduced even further, before one asks how we should “deal” with Afghanistan, one needs to ask, why are we even bothering to think about Afghanistan!?!

“/>In this regard, Will reveals something about his own naivetÃ© when he evokes the legacy of Otto von Bismarck’s strategic realism in order to convince WaPo readers of the need for a draw-down. Mentioning a nineteenth-century German statesman will summon little more than blank, dumb stares from your average Pentagon bureaucrat. Will’s more likely to get a positive response, depending on whether he’s at the Pentagon or State, by arguing that we”re like Gerard Butler’s character in 300“ sooo badass that we can totally leave Iraq and not sweat it”or, alternately, that our exit from Afghanistan might facilitate the advancement of Afghan women in graduate-level education. Those few journalists who have heard of Bismarck learned in their Cultural Studies seminar that he was a dirty, intolerant racist-imperialist-anti-Semite, and a mere hop, skip, and jump away from You Know Who. Horrible people like this Iron Chancellor have nothing to offer us who reside in the Age of American Global Leadership and who work for the advancement of democracy and human rights!

In many ways, they”re right. Bismarck operated within an entity known as a “state,” a term that doesn”t well describe Washington, DC. What went under the heading “Berlin” was a hierarchical formation based on an aristocratic family (and connected ruling class), which had secured a monopoly on violence within a limited territory. No state has ever been completely unitary, of course, though most all possessed a definite sense of ownership, of territory and subjects, as well as the state’s central objectives, namely, maintaining and expanding its power and bequeathing the realm to the leaders” descendants. 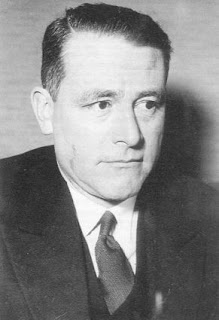 We live in a different world. The United States is not a state. It’s a massive, powerful, dangerous, sprawling”seemingly boundless”apparatus made up of bureaucracies, militaries, an empire, departments of agitprop and “education,” police forces, departments of taxation and confiscation, an affiliated currency printing press, and much else. Washington is a late example of what Carl Schmitt called the “total state

“: a government that knows no limits (has no concept of friend and enemy) and thus involves itself in every nook and cranny of its citizens” lives”to the point that it become overextended, unsustainable, and, ironically, hapless and weak. Washington is, to be sure, capable of much ruthless evil, but it”luckily one might think”spends a lot of its time with federal marriage counseling and the cornucopia of bizarre social programs the Obama administration is using to “stimulate” the economy.

Without question, those currently in charge in Washington all have a collective interest in keeping the whole thing going; however, to think that there’s any consensus in the capital about a “national interest,” and how”or, indeed, whether“we should pursue it, is far from likely. The U.S. apparatus gets pulled in a variety of different directions by various ethnic lobbies, ideological organizations, internal pressure groups, and wonks who want to get involved with world affairs (monitoring “democracy” and/or aerial bombing) because they can”and think they should.

To hammer the point home, can anyone imagine what might ensue if two countries decided to resolve a major international dispute without the United States” “help” (and admitted openly that they didn”t much care what that country that owes everyone so much money thought about it.) I envision Mesdames Hillary and Albright barging uninvited into some negotiation chamber with mascara running down their cheeks, crying out with indignation and shame, “Don”t you people understand that we”re in-dis-pen-sable!” Put simply Will shouldn”t expect to get very far appealing to Washington’s sense of “valor.”

The House of Hohenzollern knew what it was and what its interests were. The people Will is talking to in his WaPo op-eds have no earthly idea”or rather they each have heaps of contradictory interests and commitments that they attempt to reconcile with happy-talk of a commitment to democracy and the promotion of the American way of life. Studies of the malign influence of things like the American Israel Public Affairs Committee and the Military Industrial Complex are important, and they explain quite a bit, but such entities are rather like militant and highly profitable wings of a class of wonkish busybodies who can”t even conceive of the idea of the world not being supervised and occasionally “saved” by Americans with Master degrees.

Washington didn’t invade Iraq and Afghanistan in order promote some considered, rationally calculated “national interest,” so why would Will expect it leave under such rationales? Washington never declared victory in Iraq or Afghanistan (even though it easily could have after it smashed its state enemies) for the simply reason that Washington was never fighting Washington’s wars.

In this line, I feel a certain sympathy with neocons when they chastise Will for straying from the path. At Commentary Peter Wehner observes that at one point Will was hitting all the right notes. Take, for instance, this monologue, from This Week in the fall of 2002, when Will was singing the hymn of Global Democracy:

I think the answer is that we believe, with reason, that democracy’s infectious. We”ve seen it. We saw it happen in Eastern Europe. It’s just”people reached a critical mass of mendacity under those regimes of the East block, and it exploded. And I do believe that you will see [in the Middle East] a ripple effect, a happy domino effect, if you will, of democracy knocking over these medieval tyrannies … Condoleezza Rice is quite right. She says there is an enormous condescension in saying that somehow the Arab world is just not up to democracy. And there’s an enormous ahistorical error when people say, “Well, we can”t go into war with Iraq until we know what postwar Iraq’s going to look like.” In 1942, a year after Pearl Harbor, did we have a clear idea what we were going to do with postwar Germany? With postwar Japan? Of course not. We made it up as we went along, and we did a very good job.

Will also supported “nation-building” before he scare quoted it:

[Afghanistan is], to put it mildly, a work in progress. The president, I think, admits this. This was part of his education as president, to say that his hostility to nation-building was radically revised when he saw what a failed nation, Afghanistan, a vacuum, gets filled with. Political nature abhors a vacuum, and when it fills up with the Taliban and the leakage of violence to these private groups, essentially, like al Qaeda, then you have to say, “Well, I”ve revised that. We”re going to have to get into the nation-building business.”

Whether George Will has actually learned anything is far from clear.