Wisdom of a Yogi 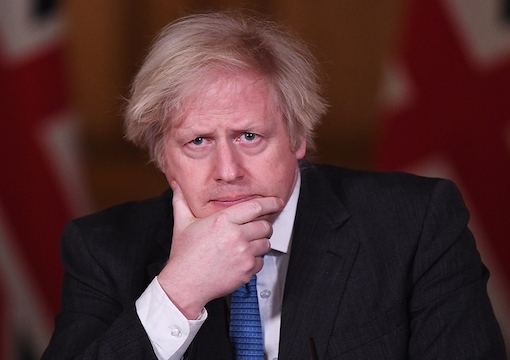 GSTAAD—As the great Yogi Berra explained, “It’s déjà vu all over again.” The great one also contributed the following wisdom: “You can observe a lot by watching.” Yogi came to mind as high inflation and a recession loom, and merry old England’s trade unions are reverting to type and are blackmailing the government. And where is Margaret Thatcher now that she’s needed? Gone with the wind, that’s where.

I began writing a column with Callaghan at 10 Downing and Britain on the brink. The Brits back then were overtaxed and the smart money had gone abroad. Paper money issued by the treasury translated into higher prices, workers through trade unions wanted higher wages to defend themselves against an increase of basic prices, and when inflation struck, they demanded even higher wages. Parts of the North of England resembled Communist Poland, and Callaghan himself admitted that if he were younger he would emigrate. Taxation of salaries had reached 83 percent and on interest or dividends 98 percent.

“Unlike a column that readers can skip by turning the page, a nation’s economy cannot be skipped over.”

Well, things are not as bad today, nor is my writing as bad as it was in the beginning. My first editor, Alexander Chancellor, dining with me in New York around 1980, told me the only reason I hadn’t been fired was because he didn’t want to do it by leaving a message over the telephone. “The thing wasn’t working, the column was really bad, but you were never around and you never answered your phone.” (Thank God email didn’t exist because it would have tempted him.) Unlike a column that readers can skip by turning the page, however, a nation’s economy cannot be skipped over. In democracies, that is. Two weeks ago James Forsyth asked in The Spectator, “Will the lights go off this winter?” I am wondering if it is déjà vu all over again.

All the great economist Taki would like to know is what were the blond PM and the brown chancellor thinking when they raised taxes and ordered cars and gas stoves to be done away with in order to please the brain-dead extinction rebellion mob? Zero growth in real income is what brings on regime change, and the two B’s wasted three years on empty gestures. In the meantime the fuzz has made internet hate crimes a police priority while knife crimes have gone through the roof. Yes, Yogi Berra was right that one can observe a lot by watching, and I watched Boris from the start and rooted for him like no one else—and not only because he stuck by me as editor when Guardian types falsely accused me of excessive womanizing, drinking, doping, and many other bad things that make one feel good—but he did lose his way as prime minister. Boris was not elected to defend the pecuniary lust of porcine moneybags. But nor was he chosen to clear the way for Greta Thunberg and her nincompoops. The great Margaret Thatcher may have been brought down by political midgets, but she never wavered from the goals she had set out to achieve. Not once in a decade. Boris wavered from the start. Still, he did not deserve to be stabbed in the back by his chancellor, and as Brutus never made it to the top, nor will (not so dishy) Rishy, although comparing this bunch to the Romans is like equating Concorde-nosed Barbra Streisand to the divine Lily James.

Mind you, politicians are not the only ones who really get it wrong; even the great economist, historian, and ancient Greek philosopher Taki makes a fool of himself at times. It was sometime last spring, or maybe last summer, when I attended a lunch in the sun-filled garden of Alike Goulandris’ nearby chalet. Her other guests Barry and Lizzie Humphries had brought an English couple whose name I didn’t catch. What I did notice was that both were very pleasant and polite, a rare happenstance nowadays, especially in the Alps where new money comes to show off. The man was Anthony Horowitz, author of 56 books, including James Bond and Sherlock Holmes versions, as well as the creator of TV’s Midsomer Murders and Foyle’s War. Jill Green, his wife, never mentioned the fact that her hubby also scribbled while I prattled on about having to come up with a column every week. Dame Edna could have saved me some embarrassment, but he let me babble on. Sorry, Anthony, next time I’ll be more careful and do what Americans do and ask somebody they’ve just met what their profession is.

In the meantime, Gstaad’s main street now looks like downtown Doha, with women in chadors endlessly walking up and down, shopping in high-end stores, while their men glower and look surly. Apparently they come here for the cold and rain, and the heat wave and sunny weather have not improved their mood.

Never mind. I’m back kickboxing again and it’s a far, far better thing I do. My opponent is a Turk and a very nice guy. He had someone film me and he posted it along with my age. Some remarks were very complimentary, but one sent a picture of a rocking chair. I’ve been discriminated against many times in recent years for my age, including—and sorry for the name drop—when I was given a necktie by the King of Greece with a rocking chair on it. I am a victim of ageism and it’s déjà vu all over again.