Woke in the City That Never Sleeps 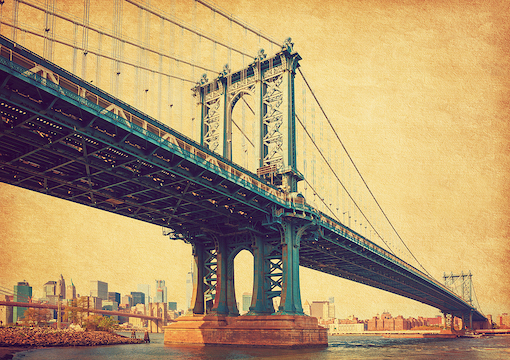 NEW YORK—The Big Bagel is getting so bad, even the baddies are demanding the fuzz do something. As the body count rises, it is obvious that the victims of violence are predominantly poor and minority. Last week, a woman killed in a drive-by shooting had been attending a vigil for a friend who was shot dead after stepping on a gunman’s shoe. A man mortally slashed on a Manhattan subway platform had recently been paroled for an attack on a Jewish woman and her mother. Brazen gunslingers are shooting the daylights out of each other in the Bagel, and there was a shooting spree in the middle of Times Square that left three innocents, including a 4-year-old girl, among the victims.

And yet, up here where I live, it could be Giuliani time, when crime disappeared and the numbers plunged like never before. One hears and reads about the daily gunplay, and compares the statistics to those of forty years ago. Robbery is up close to 30%, grand larceny 66%, and shootings 166.1%. Murder is up 32% from 2019. One wonders when the useless mayor will declare an emergency as the place is starting to resemble a war zone, and after the Covid crisis more and more New Yorkers believe the city is ungovernable and unlivable. Still, two of the numerous candidates running for mayor rant in their speeches about defunding the police. Violent criminals no longer have any fears, according to Pat Lynch, president of the Police Benevolent Association, and having done away with bail laws, criminals get booked and walk, free to continue shooting and robbing people. Cuomo and de Blasio, architects of these new laws, shamelessly go about their business, which is appearing on television and patting themselves on the back.

“Every message one hears nowadays is geared to one’s ego, how great, how beautiful, how wonderful everyone is.”

It all began, methinks, with the spiritual and moral bankruptcy of woke, an idea that establishes bad as good, legal as illegal, and unfair as fair. A false consciousness that sees criminals as good and cops as criminals prevails, especially among minorities, the trouble being minorities are now the majority in cities like New York, Chicago, Detroit, and Minneapolis. Narcissism is now as American as apple pie, with the media and Hollywood feeding it and genuflecting to violent criminals while blaming society and white supremacy for the condition. Every message one hears nowadays, either in advertisements or by politicians, is geared to one’s ego, how great, how beautiful, how wonderful everyone is. Adverts on TV show extremely obese people announcing how happy they are in their skin while swallowing triple-decker hamburgers. And yet everything one reads or listens to nowadays is a complaint—life has become a battlefield; everything, especially work, leads to burnout; the government needs to step in and stop the slaughter. If one read or listened to online complaints—which I don’t, and wouldn’t even if I knew how to—one would be confronted only with despair, unfairness, and grief.

Reading Daniel McCarthy in the Spectator U.S. about Sohrab Ahmari, I was struck by the subject’s introduction to Americans “of the spiritual patrimony of which they have been deprived.” Yes, again and again, “Americans have been deprived of their moral and philosophical inheritance by a shallow educational establishment.” Woke does not only dominate the press, television, and Hollywood, its supreme mandate is where education is concerned. But I’m getting away from my main subject: the present dystopia of what used to be the fun Bagel. Pro- and anti-Israel demos were taking place last week, with BLM and anti-cop mobs on the side of the Palestinians, as if the latter didn’t have enough problems being blasted by Israeli jets. On Saturday morning I went for my exercises in the park and on my way home stopped for the papers. On 68th Street between Park and Lexington, a street that is one-way and goes east, a young black thug on a motorcycle was going west at full speed and on the sidewalk to boot. I yelled at him to get off as he missed me by a foot or two. He sort of stopped and pointed at a knife in his belt. I’m no hero but I do have a temper. So I pretended to have something of my own in my rear pocket. He then gunned his motor and left. I spotted a cop car on the corner of Park and told the cops what had transpired. They almost laughed at me, then drove off. Since the mayor and his police commissioner dismantled the city’s successful anti-gun street-crime units, the fuzz refuses to get involved with anything but the most blatant of crimes.

I don’t blame them. Any witness against the cops is given the kind of trust Princess Di gave Martin Bashir. And the fuzz has given up on petty crime, the benchmark of Giuliani’s anti-crime success of forty years ago. Bikers who race up the wrong streets and on the sidewalks are an everyday and constant occurrence, and the cops are totally indifferent to the public’s complaints. As well they should be. The anti-cop zeitgeist by the media and BLM has succeeded in turning the police into the bad guys, and those who flaunt the law into the good ones. See what I mean about what woke has done? And no one is more woke than media people. What Bashir did to Diana, his kind, the majority of journalists are doing to the rest of us. I’m off to London soon, and won’t miss the Bagel one bit.