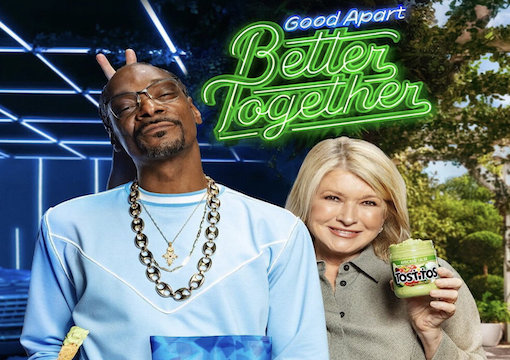 The camera focuses on a twentysomething light-skinned African-American couple playing tug-of-war with a bottle of Old Spice deodorant. The overt message appears to be that “black people,” of both sexes, really love lavender-scented Old Spice deodorant.

A bearded, bald black guy carries a white, redheaded woman piggyback down a hotel corridor to promote My Walgreens. A “nonwhite” actress in a stewardess uniform bests a cartoon blob of green phlegm/snot/mucous in a Mucinex commercial. A black multigenerational family waxes pedantic over the proper use of Tide Pods. A scruffy, sloppily dressed, not-quite-Caucasian guy and his possibly “white” female partner play rapturous word games (bowlful, forkful, thankful, freezerful, wonderful) over Stouffer’s frozen “Bowl-Fulls” entrées. A prosperous black woman drives to an elegant fete in her white 2021 Cadillac Escalade. A white girl swings a massive cartoon mallet to explode cartoon pixelated bonbons to promote an app for the Candy Crush Saga. Two female astronauts racing along the lunar surface à la Thelma & Louise in a souped-up rover–cum–dune buggy launch over a crater: Allstate—the future of auto insurance is here.

Remember the classic 1972 Quaker Life Cereal commercial? Two young boys, presumably brothers, puzzle over the new “healthy” breakfast cereal, unwilling to try it. They give it to their younger brother Mikey—who “hates everything.” But Mikey LIKES it. Recast to fit modern memes and mantras: Two young girls, presumably sisters, puzzle over the “healthy” breakfast cereal. A frazzled, unkempt, unshaven Caucasian (single?) father slides the bowl down the table to a precocious little girl—Mikey. She LIKES it.

There is a bizarre meme in place for those rare instances where “white males” are given cameo walk-ons, or appear in the background. Young white boys are portrayed as pasty-faced red-haired pudgeballs or nerds—and if there is a joke implied, they are the butt of it. Adult white men are portrayed as slovenly, unkempt, ineffectual foils to vaguely Hispanic, “nonwhite” women; or serve as comic relief for clever, intelligent, athletic, prosperous African-American men.

I’m exaggerating—right? That dog won’t hunt if you’ve ever watched television over the past twelve months.

Okay, I am right—but so what? What is the harm? It is important for girls, women, black and brown people, and other traditionally marginalized people to see themselves, or people like them, succeed. Right? If you can see it, you can be it. Right? And besides, so what if a few privileged white people get a taste of their own medicine? Karma is a bitch, right?

If you can see it, you can be it? Bunk. More like: If you can fake it, you can make it. The inherent cowardice and dishonesty in allowing hate-filled “activists” to influence the scripts or casting of commercial content are worse than a dangerous precedent. National brand promoters swallowed public opinion polls promising a Biden-Harris landslide win. These same promoters “woke” to a hotly contested election and a deeply divided electorate, of which they have alienated approximately 50 percent.

But do not expect a hasty retreat or return to less biased messaging. Just last week, Mark Zuckerberg announced that he was permanently blocking President Donald J. Trump from Facebook. Over the weekend, Twitter, Instagram, YouTube, and Snapchat not only followed suit but upped the ante, blocking and censoring pro-Trump supporters. E-commerce service providers like Shopify joined the conspiracy, closing online stores tied to President Trump, the Trump organization, and the Trump campaign.

Wokewashing activists are nothing if not implacable. They are unlikely to surrender ground so easily won just because Biden mouths empty promises about “unity,” and “healing.” You think that radical liberal activists are in your head now? Just wait until Joe Biden actually gets sworn in.