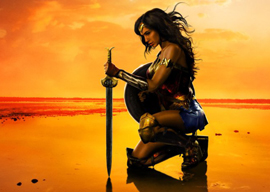 Laci Green is an incredibly sexy social justice warrior who had dozens of feminist-ally suitors until some alt-right asshole rolled up in his Gran Torino and said, “Get in, bitch. We”re making sex great again,” and they disappeared into the sunset. The millennial blogosphere is stunned that this devout feminist has become red-pilled, but we”ve seen this happen again and again. Women demand men become cucked liberals, but it makes their vaginas drier than the Sahara Desert. They don”t really want what they”re asking for. They”re like spoiled brats having a temper tantrum. They don”t really want to trash the living room. They want you to stop them.

I remember seeing this back in the 1980s. At an Anarchist (Un)Gathering, we”d listen to some empowered feminist deliver a passionate sermon about the patriarchy, and when she was done, she”d get picked up by some biker in a leather vest who could not care less what she was just talking about. He might as well have been picking her up from her knitting class, and she liked it that way. Feminists and liberals in general don”t want us to take them seriously. It’s a bluff. If we let them have their way, we”d all be worse off, including them. Deep down, they know this. This was made especially evident by the bizarre American reaction to the movie Wonder Woman.

“The free market is waiting at home wearing full-body fishnets, but big business keeps getting drunk and going home with the fat chick.”

At first, it was about the Lebanese reaction. Apparently, after years of white flight, Muslims outnumber the Christians there, and they demanded a boycott because the actress who plays the protagonist of the film grew up in Israel. I don”t find this interesting. These are people who slap each other on the back of the head every time they get a haircut. They”re cretins. What is more relevant is how civilized cultures handle their own, and we reacted almost as badly as the Lebanese.

Before American feminists had even seen the film, they decided they needed to watch it in a man-free environment. The Alamo Drafthouse‘s Austin and Brooklyn locations had women-only screenings. Alphas pointed out the hypocrisy with this, while feminist allies defended the exclusion. “It’s at this point you hear echoes of “Well why isn”t there a White History Month?”” said a millennial eunuch at Forbes, “the brilliant line I heard a lot when I was in sixth grade living in a 99.7% white Michigan suburb.” This sentiment brought him about as many groupies as it did black friends.

I was very surprised to discover, Wonder Woman is a great movie. It’s directed by rookie female director Patty Jenkins, who was previously known only for writing and directing 2003’s true-crime thriller Monster. She did an incredible job of depicting a literal goddess who falls in love with a mortal and comes here to try to take the edge off WWI. It’s not annoying feminist propaganda because it’s basically a cartoon. She’s magic. I don”t like seeing Scarlett Johansson drop-kick a gang of Russian terrorists. It looks stupid. When Wolverine’s infant daughter triple-flips onto a soldier trying to kill her, however, it’s sufficiently cartoonish. She has a titanium spine (I think). Wonder Woman is from an island of super-mortals who don”t even use the bathroom. It doesn”t look like propaganda to see her deflect bullets with her cuffs. It looks like good, clean fun.