Worms Have Rights Too 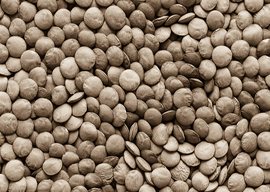 The real winners of the recent Dutch elections were the animals”or at least the Party for the Animals, which might not benefit animals any more than workers” parties benefit workers. We shall have to see.

The animals, or their representatives, won five seats in the Dutch parliament. But what I want to know is, will the Party for the Animals speak up for the worms and the flies as well as for nice fluffy mammals such as skunks, jackals, and hyenas? And what of the rats? Perhaps you may think they already have enough representation in parliament.

And what of Ascaris lumbricoides, the large white roundworm that lives in the intestines of children especially and fills their bellies? Who will speak up for it? It is true that this large worm sometimes causes medical problems, adding to malnutrition and causing intestinal obstruction when it is present in too-large numbers. But surely the answer to malnutrition is more food, not fewer worms? To suppose that the child’s life is more important than the worm’s is pure, undiluted speciesism.

“To suppose that the child’s life is more important than the worm’s is pure, undiluted speciesism.”

Of course, most people are aesthetically revolted by these worms, but what has that to do with their right to existence? There are very ugly people, after all, and we do not demand their elimination, as we do of the worms. Besides, everyone knows that ideals of beauty are socially constructed, and that what is deemed beautiful in one society is deemed ugly in another, and vice versa. I learned that lesson in South Africa, where Westernized African girls who were already slim asked for medication to make them slimmer, and fat traditional African women who wanted to please Zulu chiefs asked for medication to make them fatter. There is no universal concept, then, of beauty. We can be taught, and learn, to appreciate anything.

The problem with Ascaris, then, is not the creature in itself but our attitude to it. If we could only change our attitude, Ascaris would not bother us, except perhaps on those relatively rare occasions when it causes medical problems (and which creature does not?). What is needed is a campaign of reeducation of the public, so that instead of being disgusted by Ascaris, we come to see it as part of nature, with just as much right to exist as we. Dreams of its elimination are similar to those of all totalitarian utopias in which enemies are simply erased from the face of the earth. We must learn tolerance, to appreciate all that the variety of species, and every species individually, brings to the biosphere as a whole. The preservation of diversity, including of parasitic nematode worms (of which there are a large number), should be our aim, not merely human hegemony”which is nothing but biological fascism.

I was shocked and appalled when the sheep farmers of my region in France painted the words Mort au loups“”Death to wolves””across the road not five kilometers from my house. It is true that the wolves sometimes kill sheep (they are not called wolves for nothing, after all), but very few in comparison with the number of sheep in the whole country.

Besides, who are the sheep farmers to talk? Anyone would think that they are working for the good of the sheep, not of themselves. What hypocrisy! When the time comes, they take the sheep off to be killed, or even kill them themselves, without a moment’s hesitation. They steal their milk, they take their wool: They are nothing but wolves in man’s clothing.