Wrath of the Rotund 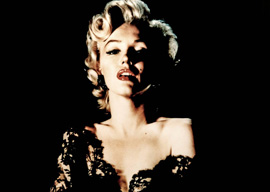 Months ago a portly news anchor in Wisconsin, where people literally dress in cheese hats, was the cause of near hysteria. Evidently some fellow sent an email daring to mention that he found her less than appealing. She responded to his private missive by going on air to publicly chastise him as a “bully” and affirm she was precisely the sort of role model the citizens of a state with an obesity rate of only 27.7% needed.

The man was certainly a cad and there is no reason to go out of one’s way to ridicule the porcine. Well, not usually. But the newsreader was performing in a visual medium. There is an old saying about “having a face for radio” which may just as well apply to the posterior.

Likewise, this week film reviewer Rex Reed aroused the rotund by referring to the morbidly stout actress Melissa McCarthy in less than flattering terms. Far be it from me to cast the first ham hock, but given McCarthy has made a career of playing “the fat girl,” why is it an offense for Reed to make a career criticizing her weight? In any case, this is hardly McCarthy’s first helping of humble pie at the state fair.

“A beautiful woman”whatever her birth, intelligence, or station in life”has the world at her feet.”

Clearly what doesn’t matter is how some middle-market heroine or portly thespian views herself. What’s objectionable is the attempt to impose their reality-dissociative disorder on the rest of us, especially young girls.

Ladies, your beauty is not a captor but a conqueror, and for however long you have it, nothing can defeat you other than yourself.

In William Inge’s Picnic, an insistent mother states to her romantically indecisive daughter, “A pretty girl doesn’t have too long. Just a few years. Then she’s the equal of kings; she can walk out of a shanty like this and live in a palace!”

A decade prior Preston Sturges developed an entire film based on the theory that a pretty woman didn’t need any other asset to get whatever she wanted in this world.

But that was more than a half-century ago and such truisms are forbidden today. Instead we are awash in pathetic laments of overweight and unsightly femmes. They claim society has unduly blighted them with the burden of unrealized beauty, as if being born with the ability to saddle any man alive were a curse rather than the closest thing there is to absolute power on Earth.

And it is far from gender-neutral authority.

For there is no such pathway for males. Even the most attractive would be regarded as little more than a third-rate gigolo if he relied on his mien for any kind of societal advancement. Alas, the high road to happiness is reserved for high cheekbones only.

In no land nor fairy tale are men able to sway or seduce a princess by mere looks alone. They are always required to slay a dragon, win a battle, or be born stinking rich.

Most successful women can credit more than appearance for their good fortune. But a beautiful woman”whatever her birth, intelligence, or station in life”has the world at her feet. After the fall of Troy, Menelaus took Helen back not for reasons of her cunning entreaty, but because he was mesmerized by her perfect breasts.