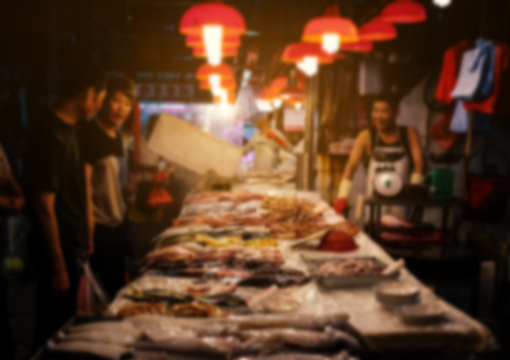 “How can we not be united against death?” So wailed emotive carbuncle Keith Olbermann back in 2009. He was off on some typically nutty rant about single-payer health care, but still, it was a nicely turned phrase.

“How can we not be united against death?”

Or more to the point, how can we not be united against the thing that created COVID-19?

In last week’s column, I detailed how in 2003, a coronavirus called SARS became a global health menace. SARS began as a virus in bats, and it would have stayed that way but for the fact that Chinese people love eating exotic animals, which are sold in grotesque “wet markets” where species that wouldn’t normally mix in the wild mix with each other and with humans. I quoted numerous scientists on how the “wet markets” are where SARS made the “spillover” from bat to human (through an intermediary carrier—the civet—which is a delicacy in China), and how the next wet-market zoonotic disease would be even worse.

The science on SARS is uncontested, but that’s only because it didn’t become a huge international plague. SARS conspiracy theories didn’t drive web traffic, so the fantasists let it be. But with COVID, we want a mad scientist in a lab as the villain, not a billion arrogant, selfish, but ordinary assholes who refuse to alter their gutter tastes in the name of saving lives.

Last week, Tucker Carlson shocked the ’net with a “Chinese report” about how the wet markets were framed, framed I tells ya! COVID actually came from a lab! And since my last column squarely blamed the wet markets, my regular readers were like, “Tuck sez different. What say you?”

Carlson’s “striking” report supposedly contains the “findings” of “Chinese scientists” detailing the “origins of coronavirus.” Carlson praised the Feb. 6 paper’s “rational conclusions” that the virus “escaped from a Chinese lab.” Carlson quoted the paper as claiming that although the virus originated in horseshoe bats, “there are no known colonies of this bat within 900 kilometers of Wuhan, nor is there any evidence that they were sold in the Wuhan wet market.” The two authors of the report interviewed “sixty people” who confirmed that there were “no horseshoe bats for sale there, period.” Therefore, the virus must have come from an accident in a Wuhan “government lab.”

Carlson’s vaunted “report” is all straw and no man. Bat-eating jokes aside, it’s not claimed that humans got the virus from ingesting bats. Just as with SARS, there was an intermediary animal. SARS had the civet. With COVID, researchers have zeroed in on the pangolin, which is common in the wet markets and used for meat and bullshit (I mean “traditional”) Chinese medicine. Although scientists are not 100% certain that the pangolin is the intermediary, what is certain is that there was an intermediary. The fact that bats weren’t sold at the Wuhan wet market is therefore irrelevant; the intermediary animal would have been infected elsewhere.

“As logical as it seems that we should unite to prevent this nightmare, in the end the only thing we’ll be united in is inaction.”

Tuck made a huge deal out of the fact that there are no horseshoe bats within 900km of Wuhan. But guess what? There are no SARS-carrying bats within one thousand kilometers of the wet markets where the SARS outbreak started (the SARS-carrying bat colonies are in Yunnan province; the spillover to humans happened in Guangdong). As I said, bat proximity is irrelevant, because the intermediary animals were brought to the wet markets from elsewhere. The wet markets deal in exotic animals. Don’t breeze by that sentence. Slow down and repeat the word exotic. Sound it out and think. What does that word mean? It means not from there.

The “bombshell” report concludes, “The probability was very low for the bats to fly to the market.” That’s it; no science, no “findings,” just a nonsensical statement that infected bats probably couldn’t have “flown” to the market, which is meaningless because the animals at the market were brought there by sellers and suppliers, and it wasn’t the bats but the intermediary species that infected humans. No one claims bats “flew to the market.”

The report states that a researcher at the Wuhan Center for Disease Control and Prevention was splashed with bat blood and urine while collecting samples, and had to self-quarantine. Carlson oddly neglected to inform his viewers that this incident occurred in 2017 in a faraway cave in the wild (not a lab), and the researcher was fine.

By presenting this report as something it isn’t (“scientific findings”), Tuck finds himself in league with Chinese officials. The “lab accident” theory works to their advantage. The Chinese excel at racial “whataboutism.” Point to something they’re doing wrong, and they scream, “Well, whites do it too!” That’s how the Chinese deal with Western criticism regarding human rights abuses. The Chinese are experts at deflecting censure by saying, “Whites do bad things too.” And now that Tuck has given the “lab accident” story a veneer of respectability, the Chinese need only invoke the 1967 lab accident in Germany that caused the Marburg virus outbreak (monkeys that had been infected by bats in Africa were shipped to a Marburg lab for study, where workers were accidentally infected). With Tuck spreading the claim that COVID was an accident just like Marburg, any attempts to sanction the Chinese will be met with “You didn’t sanction the Germans after Marburg, you racists!”

But what are facts compared to the “doctor” (Ph.D. in finance) presented as a “scientist” by Stefan Molyneux on a recent podcast? Ol’ Doc Businessdegree also claims that COVID is a lab creation. His proof? “Bilderberg types” warned of a killer coronavirus pandemic years ago. Therefore, they created it! Richard Jewell 2.0: The people who noticed the danger and tried to warn of it are accused of causing it. This is pure leftism; attacking people for noticing.

The Daily Caller hyped an exclusive interview with an MSNBC coronavirus expert (yes, MSNBC!) who declared that the “proof” COVID escaped from a Wuhan lab is that China’s top expert on bat-borne viruses, Shi Zhengli, criticized the “uncivilized living habits” in the wet markets. The MSNBC guy literally claimed that because Zhengli blamed the wet markets, that alone is reason to suspect that her lab loosed the virus! It never occurred to him that she blamed the wet markets because the wet markets are to blame.

Zhengli is the scientist who traced SARS to bats; she knows this terrain like the back of her hand. But the DC took the word of an MSNBC contributor over that of the scientist who solved the SARS riddle, because for certain conservatives, it’s all about mindlessly repeating their COVID mantra: “Blame the CCP, not the Chinese people.” Blame evil government labs, not the innocent foodies who deserve green cards stapled to their university diplomas!

Here we see far-right (with its fondness for “invisible hand” conspiracy theories) and mainstream right (with its “we all bleed red” hokum) united to absolve the wet markets.

Matthew Tye, the popular American travel blogger in China, wants so badly to “blame the party not the people” that he took the report Carlson trumpeted and made it a million times worse by adding outright fabrications. Tye took the incident of the single bat researcher who was splashed with bat blood and urine in a faraway cave in 2017 and altered it to become multiple “researchers who were splashed with urine and blood samples from all of the bats that were collected at the Wuhan Disease Control and Prevention lab in 2019.” Tye switched the location of the “splashing” from a cave to a lab, shifted the date from 2017 to 2019, and increased the number of splashed researchers from one (who never became ill) to many (who vanished and might be dead).

Tye’s video, with over 1.5 million views, was heralded by National Review, which highlighted the falsified “splashing” claim as the video’s “key part.”

National Review is, of course, front and center in the fight to “blame the party not the people.”

From this point on, there can be nothing that takes priority over shutting down the Chinese exotic-animal trade and wet markets. Nothing.

The Chinese should be subjected to the same sanctions and restrictions meted out to white South Africans during apartheid, until the wet markets are closed and exotic animal traders gulag’d like Uighurs. The death toll from COVID has already—in one month—matched and doubled the entire 55-year death toll from apartheid. Economic sanctions; cultural boycotts; prohibitions on immigration, employment, and trade—all were part of the Comprehensive Anti-Apartheid Act of 1986 aimed at punishing white South Africans until apartheid was dismantled. Sure, many SA whites were decent folks who disapproved of apartheid, but all South African whites were punished equally, to end a threat that was no actual threat outside of South Africa.

The Chinese zoonotic pandemics are a threat to us all.

Of course, China will not be penalized. Donald “much respect for President Xi” Trump will likely apply only superficial pressure, to the cheers of the globalist business elites. Leftists will continue to scream “racist” at anyone who criticizes the wet markets, the far right will continue to lobotomize itself with Bilderbergers and mad scientists, and the mainstream right will continue to vomit up drivel about how a people can never be harmful or destructive and that’s why everyone should have a legal path to citizenship.

The wet markets will thrive, and your children will die during the next decade’s inevitable and worse Chinese zoonotic pandemic.

As logical as it seems that we should unite to prevent this nightmare, in the end the only thing we’ll be united in is inaction.

Last year, Ann Coulter half-jokingly stated that the title of her next book should be F-ck It, We’re Doomed. Ann was, as always, ahead of the curve. If we can’t, if we won’t, aggressively confront a threat that is the very definition of existential, then we can’t, and we won’t, confront anything.

And we’ll most certainly be doomed.

United not against death but in it.