You, Too, Can Live Inside Your Phone 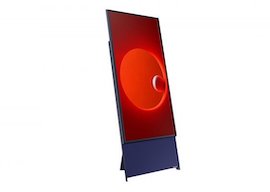 LONDON, Ontario—The great thing about living among Canadians for a few days is that they don’t have an app for everything.

They still answer their phones.

They still toss actual coins into the toll basket.

When you call room service at the Ramada Inn, you talk to a guy named Mike who describes what he thinks he can cook that day.

The only area where they seem to be light-years ahead of the United States is sexual services. They have X-rated massage parlors offering treatments I’ve never heard of (and find impossible to visualize), plus strip bars that are so notorious among my stand-up-comedy friends that I’ve known guys who will take low-paying jobs in Montreal just to be close to the bar.

In other words, everything slows down a little bit in Canada. They take their time. They have that third whiskey or that fourth beer. (Of course, they’re drinking Canadian Club or Molson, which are both hard to get wasted on since, like everything in Canada, they’re middle-of-the-road brands that are not too weak, not too strong, right in that boring lukewarm region, like Baby Bear’s porridge.)

The opposite of Canada, of course, is Korea. When General MacArthur landed his troops at Inchon and secured the 38th parallel for all time, he was making that part of the world safe for democracy, but also safe for Samsung. The Koreans—well, the Koreans who weren’t caged like animals in the north—would become the most enthusiastic consumers of technology since the Germans started printing books in the 1500s.

There’s a Japanese movie called Tetsuo about a fetishist who loves metal so much that he wants to merge his flesh with iron—and he pretty much achieves his purpose—but the Koreans go one step further and say, “Iron is so 19th century. I want to make my whole body digital.” They’re on a mission to make every variety of human experience—relationships, jobs, meals, sex, exercise, leisure, entertainment—part of a giant personal algorithm that can be accessed with a few fluttery finger movements across a keyboard that will probably be visible only to them. (And while we’re on the subject of the keyboard, isn’t it passing strange that every keyboard, no matter how advanced, still uses the letter and number arrangements invented for Linotype operators in the 19th century? Surely some 19-year-old Polish software engineer working at the Googleplex in Mountain View has devised something faster and more intuitive.)

“Now you can invite the whole neighborhood over to watch that viral video about the Teen Mom dude who shot the family dog.”

The first step in the direction of all-digital-all-the-time was released by Samsung this week in the form of a rotating vertical television called Sero. The idea is that you come home after a long day, sink into your Corinthian-leather sofa, and hit a button on your phone that makes your CinemaScope landscape-oriented flat-screen rotate 90 degrees to become a giant version of the phone screen you’ve been using all day. (“Sero” is the word for “vertical” in Korean.) Now you can invite the whole neighborhood over to watch that viral video about the Teen Mom dude who shot the family dog. Soooooooo much better than having everyone crowd around the little phone screen, or trying to prop the phone up on the side of an aspirin bottle like a drive-in screen for midget fire ants.

Of course, as a practical matter, you won’t be inviting the neighborhood over to do anything. You don’t know anyone in the neighborhood and you don’t want to know them. Your relationships are all inside your phone. You next meal is there. Your next ride to the airport is there. Your next paycheck is there. Your next date is there. If Clovis from Scranton fails to text two days in a row, you become concerned about her safety—even though you’ve never met Clovis. Fortunately you have an app reminding yourself to text Mavis in King of Prussia to ask about Clovis in Scranton. If your phone tells you to consume more amino acids for energy, you spend twenty seconds ordering an amino-acid supplement from your Amazon app. Like the Tetsuo fetishist, you would really enjoy life more if you could somehow put your whole body into the Samsung screen. (“Reminder: Message Samsung about Full Body App.”)

You also have a “Smart News” app that occasionally tells you that, in the event of a Korean war, 100,000 people in Seoul would be dead within the first fifteen minutes. Fortunately you have a Korean War Nuclear Simulation App that shows you the most likely apartment buildings that would be safe from the initial blast (though not, alas, from the fallout). You also have army, navy, and air force apps that are available for fighting the North Koreans, but they don’t seem to be working.

OH MY GOD, all that military stuff is still analog? I think I’ll just turn on my Jungle Night Sounds App and take a nap. (“Reminder: Message Samsung about improving Nuclear Defense App.”)

I have seen the future, and it consists of millions of people hunched over their devices, oblivious.