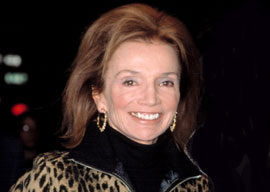 New York—Here’s a question for you loyal readers: If a fellow asks his wife to cook him a hearty meal of goat meat and she serves lentils instead, is he within his rights to beat her to death with a stick, as a New Yorker who is on trial this week did?

Mind you, Noor Hussain is not a native Noo Yawker; he comes from Pakistan, but he’s as American as, I guess, not apple pie but the lentils that got him in this spot of bother to begin with. Once upon a time immigrants had names that ended in vowels, like Cuomo or LaGuardia; now they’re called Hussain, Hamid, Rodriguez, and Hernandez. The hubby’s defense is that he comes from a culture where it is appropriate conduct to savage the wife if she gets the menu wrong. His lawyers are busy digging up similar cases in places like Pakistan, Saudi Arabia, the Gulf States, and Africa, where women have been murdered for less. Like serving goat meat done medium rather than well, perhaps? Oh, I almost forgot, the victim also had it coming to her because as Noor was beating her to death she “disrespected” the defendant, calling her hubby a motherfucker. In Saudi she would have been stoned for her language alone.

“Although I come from such a patriarchal society as the Hellenic one, I hate to admit the fact that I don’t think I have ever raised my hand in anger toward a woman. Murder has crossed my mind, but hitting is a no-no.”

The couple met in Pakistan and they married before immigrating to the great city of New York. The husband, I hear, was unemployed, but kept himself busy beating his wife regularly and rather viciously. After years of abuse she was confused and served lentils instead of goat. It was as good a reason to be killed as one can think of among the animals being allowed inside the U.S. nowadays. One omission I noticed was the total absence of any protest by the sisterhood, those feminists crying foul over the dismissal of that Keira Knightley look-alike beauty Jill Abramson as executive editor of the Big Bagel Times. (More about this later.)

Although I come from such a patriarchal society as the Hellenic one, I hate to admit the fact that I don’t think I have ever raised my hand in anger toward a woman. Murder has crossed my mind, but hitting is a no-no. Last week something funny happened concerning a lady I once stepped out with. A book that had been sent to me by Knopf and which I had misplaced surfaced among the mess around my desk. Seven years later. It was the memoirs of Leo Lerman, a writer, critic, editor at Condé Nast, and man about town when going around the city was a glittering experience. Here’s his journal for February 25, 1984: “Lee Radziwill rang Tina Brown, saying, ‘I can’t be on a magazine that has Taki on its staff.’ Alex Liberman instantly concluded that I had told Jackie the news of Taki in Vanity Fair, which has been told in newspapers, even on television.”

Now for the life of me I can’t imagine what all this fuss was about. I used to make fun of Jackie Kennedy Onassis’s tendency to prefer very rich and powerful men, but I was always close to Lee, her younger sister. I had left Esquire after five years to join VF, then struggling badly with a Tina Brown at the head who didn’t yet know the difference between a Dickie Mortimer and a Mortimer Zuckerman. Lee trying to get me fired reminded me of my older brother, who tried something similar with a large advertiser at Esquire. Both attempts failed as they have since at the dear old Spectator.