You Want a Fight? 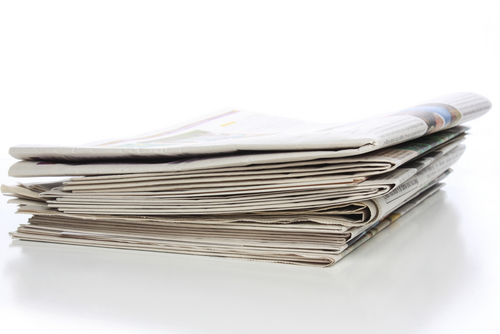 I sincerely wish I were pulling your leg, but that’s really how the National Post began the somberly italicized deck it stuck on top of what was clearly a hastily arranged interview with career apologist for Islam Karen Armstrong.

Because after two Canadian soldiers have been murdered by Muslims in 48 hours, who better than Armstrong to help out with the “nothing to see here” whitewash? Hey, her name even starts with an A. No need to dig much deeper into that old contact list.

The Post went on to scold its readers: “[A] predictable backlash has emerged,” you see. “On Friday, for example, a mosque in Cold Lake, Alta., was vandalized, its windows smashed, its front defaced by graffiti calling for members to “go home.””

“Never mind how many genuine crimes Muslims plan, and occasionally pull off, against everyone else, in Canada alone.”

And, well, that was about it, actually. For a “backlash,” it was less Kristallnacht than Kristal-Not. The Post‘s “for example” was nakedly superfluous. Almost, weirdly, hope filled.

Never mind how many “hate crimes” against Muslims turn out to be hoaxes.

Never mind how many genuine crimes Muslims plan, and occasionally pull off, against everyone else, in Canada alone. (A handy, brain-numbing list starts at the 19:00 mark.)

For those of us following Wednesday’s terror attack via social and traditional media”hearts pounding, hands shaking“the experience was not without its moments of welcome comic relief, most of which bubbled up, it pains me to say it, from south of the border.

CNN (or as I call them, “that irritating noise you hear at the airport”) kept referring to “the Royal Canadian Mountain Police,” for which gaffe they were publicly spanked by an unlikely ombudsman: a furious expat former Playboy centerfold whose husband wears more makeup than she does.

But I was especially struck, days later, by a homegrown tweet from one Michael Greenspan:

The name “Oswald” sprang to James Fulford’s mind too. At Vdare.com, he noted how quickly the media agreed to call Wednesday’s killer a “lone gunman,” a phrase he figures was coined for popular use to describe JFK’s communist killer.

“Lone” Oswald was. Yep, I believe that, and so does Fulford”who adds, however, that “thousands of Leftists shared [Oswald’s] anti-American ideals. And there was, in fact, an International Communist Conspiracy, headed by the former Soviet Union, even if it did not authorize his shooting.”

It’s a sign of how utterly witless the authorities are that the phrase “lone gunman,” like “lone wolf,” is actually supposed to be a reassuring one.

Leaving aside its metaphorical unsoundness from a sheer zoological perspective, the elite’s “lone wolf” trope reduces the rest of us to unwilling supporting players in a mashup of Groundhog Day and Gaslight. Precisely how many “lone wolves” does it, will it, take to change a country, or a mind? A few of us serfs dare to ask our betters.

James Fulford and I have had occasion to brainstorm before, at length, the last time a young Muslim man shot up a major Canadian city.

On December 6, 1989, fourteen female engineering students were shot to death by Gamil Gharbi“better known, thanks to some hasty mass media table magic, as “Marc LÃ©pine.”