Your Money or Your Life: Capitalism as the New Communism (and Vice Versa) 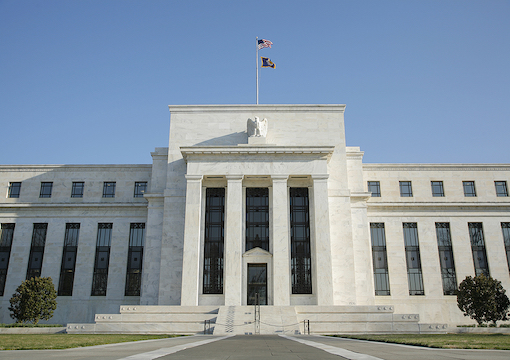 “It is a characteristic of wisdom not to do desperate things.” —Henry David Thoreau, Walden (1854)

Long ago, in a universe of sane fiscal policy far, far away, there existed an institution, then new to the world of international banking and finance, called the Federal Reserve Bank, whose primary concern of the day—the day being its official charter on Dec. 23, 1913—was to have very large reserves of cash backed by even larger reserves of gold that were enough “to earn the public trust.” It was an unusual kind of organization, where simple policy directives such as “safety and sound judgement,” “lawful money,” and “normal monetary order” possessed none of the sophisticated reasoning of “zero-interest-rate policy,” “helicopter money,” “Target Asset Relief Program,” and “quantitative easing” that characterized the Bank’s latter-day ne’er-do-well progeny. Few American bankers at the time really even wanted a “Fed,” fearing that the public—and the bankers themselves—would not understand what its mission was not: that is, to not be an endless source of easy credit and bailouts. Indeed, it was altogether another world.

That world, in turn, had prestigious ancient bloodlines in the old country. A Venetian law of 1403 on reserve requirements became the basis of U.S. banking law on deposits of public wealth in the late 1800s. The once mighty Bank of France was wisely admonished by its founder, Napoleon, never to allow France to be a debtor nation, only a creditor nation. The Bank of Russia once held the highest gold reserves in the world at the turn of the 20th century, and went through the Crimean War, the Russo-Turkish War, and the Russo-Japanese War with its finances intact and sound fiscal policy. Classic Switzerland, with “unlimited liability” private bankers (not “private banks”) and debt-ceiling ratios, had larger bank reserves than the U.S. in the first half of the 20th century. The U.S. continued to keep the flag flying of this tradition in the form of the July 1944 Bretton Woods Agreement, which was established upon worldwide trust in U.S. financial discipline. Central banks in Europe held dollars, rather than gold, based upon the post–World War I gold exchange standard (different from the “classic” 19th-century gold standard). “Its indispensable core function was to impose a rough discipline on each nation to live within its means,” as the economic historian David Stockman wrote in The Great Deformation: The Corruption of Capitalism in America (2013). When President Richard Nixon eliminated this last vestige of the gold standard in August 1971, “it unshackled the central banks in a manner never previously experienced in modern financial history.”

“In this world, it matters little what is left or what is right—only what is center—that is to say, a central bank.”

Fast-forward to the present day, where the U.S. economy is at the complete mercy of the Fed’s money-printing machines and lack of monetary restraint that are killing off real capital in a way no communist could dream of. This distortion of fundamentals has turned markets from industrial barometers into speculators’ casinos and has perverted long-term corporate frugality into cheap money addiction and bailouts-on-demand. With origins in the actions of then Fed chairman Alan Greenspan during the Long Term Capital Management and dot-com crises, the pseudo-private Fed has been (digital) printing money like mad, going way beyond its original mandate as a “banker’s bank” and lender of last resort.

For over ten years, the Federal Reserve Open Market Committee has pursued a policy of near-zero short-term money rates. Ostensibly intended to ‘stimulate’ the economy out of the 2008 crisis, economic consumption and demand for credit remained anemic, while debt levels in the industrialized nations ballooned. Then there were those kwazy bailouts-turned-corporate bonuses of AIG, Goldman Sachs, GM and Citigroup, among others, that rather dimmed Wall Street’s luster. But the die was cast. Since then, the Fed has metastasized into a monetary Hydra, massively intervening in the economy in four main ways: First, by allowing Wall Street to borrow almost without limit and to use that money to buy back stocks, thereby artificially pumping up stock valuations; second, by encouraging dangerous short-term fiscal habits by way of these unaccountable windfalls in times of emergencies, thus replacing the need for healthy cash reserves and re-investment; third, by participating in the buying, directly or indirectly, of securities, municipal bonds, investment-grade corporate bonds and junk bonds; fourth, by becoming the life support system for zombie companies–an absurdity almost reminiscent of old broken Soviet factories propped up by the state. These, in fact, are on the increase, kept afloat by low interest rates and extending more credit. (This is particularly bad in Europe where the European Central Bank has a bailout guarantee program for zombie industries).

All this could not play into the radicalists’ strategies more beautifully. To begin with, when the inevitable crashes and recessions result, such events will be blamed on the excesses of “capitalism”. If there is a vast bailout of mismanaged corporations versus proportional relief for the general population, it will be blamed on the evils of “capitalism”. No, not the statist matrix of Fed-Treasury-White House-Congress-Bankster mafiosi, but this ethereal punching bag of the resentful intellectual, “Capitalism”. This, in turn, will allow the usual chorus of media and monetary-policy morons to cheer on the well-greased grip of the invisible hand of state control over the economy–smarmily ignoring the fact that such perverted intervention is the fundamental cause of the problem. In this world, it matters little what is Left or what is Right—only what is center—as in central, as in bank, which will function as easily in a socialist system as a capitalist one because it effectively renders them one in the same. It will make no difference if Marx, Mao or Herbert Marcuse is commander-in-chief as long as the distorted Dow keeps climbing. To put it in the vernacular, Wall Street has become the market equivalent of Bernie Sanders’ “Free Sh*t”. Topping it all off, of course, is the fact that the five main Big Tech companies leading this economy are explicitly Left-leaning in ideology, such that an ever-expanding “market economy” must implicitly accept those companies’ ever-expanding political influence.

Yet there you are, a conservative defender of “free market principles,” who can’t, won’t, and wouldn’t leave this stock market, thereby trapped into supporting an increasingly statist system. Gotcha!

The Bernie Sanders analogy is hardly far-fetched. “Modern Monetary Theory” (MMT) the au courant fiscal school of thought on the left that is creeping its way into respectable editorial pages, is the still-born brainchild of one of Sanders’ advisers, Stephanie Kelton, a professor. This view maintains that a country that borrows in its own currency cannot default because the central bank can always print more money to cover it. Citing social stability as its main goal, this theory offers nothing by way of preserving the economy’s productive capacity. It is this kind of thinking that has created two economies in the U.S.—the Wall Street economy and the so-called Main Street economy.

Having said that, one must be wary of any attempt at a “populist” revolt against Wall Street–the Gamestop phenomenon– through the adoption of the same fallacies of Wall Street. According to one New York-based banker, while there may not be any systematic risk to what is going on, he believes that the Reddit/Wall Street face-off is evidence of further distortions caused by irresponsible actions of central banking–or “malinvestment” as the Austrian economists call it.  In other words, Gamestop is a symptom not the disease. Or, as the economist Sven Heinreich, who writes the excellent NorthManTrader blog, simply put it in a January 28 tweet: “Hey, Federal Reserve. You have created this circus. This one is on you.”

To many, of course, Fed-bashing is a cultish thing that Ron Paul types go for, and a concern of little consequence. After all, since bottoming out in 2009 up through 2019, the market went up 300 percent. In addition, over the course of Covid-19 with world economies failing, the combined market capitalization of world equity markets grew $25 trillion to cross a record $100 trillion for the first time in history in 2020. What could be so wrong?

Yet, these are the distortions at work. For, at the time of this writing, S&P earnings have collapsed by one-third. Meanwhile, according to the Congressional Budget Office, as of Oct. 1, 2020, the publicly held federal debt exceeded the size of the U.S. economy. In total, we are sitting on $74 trillion of public and private debt. Then there is sheer confusion as to what the state of industry actually is. Tesla might be the car of the future, but is its market capitalization really $600 billion when it makes half a million cars a year, while that figure accounts for the market cap of the global powerhouses like Mercedes, Toyota, and Volkswagen and the lesser players who together make 70 to 80 million cars a year?

Now the Fed is expected to intervene everywhere. “When there’s a new crisis, will the Fed intervene with yet a bigger balance sheet?… So the question, to my mind, is where does it end? And I don’t know,” stated James Grant, founder and editor of Grant’s Interest Rate Observer, as quoted in Barron’s, Nov. 2, 2020. A peak moment in this tragedy was when Mr. Walter Zimmerman, the head of technical analysis at ICAP, a major institutional broker, described in a research note a proposal for the creation of a cabinet-level unit in the U.S. government, with a name straight out of Monty Python: “The Department for the Study of Unintended Consequences.” This would consist of nongovernmental experts charged with critiquing all proposed government policies. Heading up the list would be the Federal Reserve, whose sole policy, he writes, has become “to act as a bubble machine for equities.”

In a word, one cannot have capitalism when there are no capital markets and the Fed has destroyed them. Capitalist prosperity of the real sort—just like the other American ideal, constitutional governance—is under an existential threat, yet this situation is neither new nor was it unforeseen. In this wretched scenario, it could be argued that should populists ever storm Washington, D.C., again, it shouldn’t be the Capitol building they attack, but the Eccles Building on Constitution Avenue. Because it isn’t just the “socialists” who want to finish off the economy but the “capitalists” themselves.