Your Kids Will Not Know What Money Is 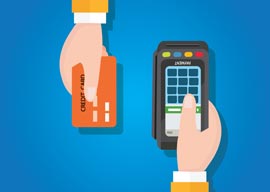 “Your kids will not know what money is,” Apple’s CEO, Tim Cook, told U.K. broadsheet The Daily Telegraph in November 2015, predicting that cash itself will disappear within a generation. To be precise: when today’s university students have children. About ten, twelve years?

Apple Inc. (AAPL) stands at the forefront of a great race deceptively called “financial technology” (FinTech)”deceptive, that is, only because it’s anything but as dull as its name signifies. It is, in fact, a universal challenge on a level comparable to DNA modeling, human cloning, or gene enhancement. The proposition? To reinvent money and, possibly, its systems. Yet this Cook is no kook. Apple will certainly contribute to the creation of a new infrastructure for whatever takes the place of fiat money.

I pay heed to the CEO’s statement, largely because of his position inside Apple and the exposure he enjoys to many blueprints, including prototypes of how the world post-cash may look. From anyone else, his message would be dismissed as a shock sound bite: an attention grabber to boost the launch of the transaction application Apple Pay.

As successor to (the impossible-to-replace) Steve Jobs”the tech guru who disrupted, even destroyed, a number of industries while also reinventing them for the better”Cook’s performance as chief exec has been hard to criticize from a corporate perspective. AAPL remains the most cash-rich company in the USA, with total cash holdings of $137.1 billion. It is busy designing the internet of everything, with Apple’s operating system and devices at its center”and Cook’s seat in the lab is front-of-house, ready to watch another game-changer?

The company’s buying power, thanks to a market capitalization of $591.2 billion on Dec. 20, is partly attributable to Cook. He consolidated AAPL’s No. 2 worldwide position in the mobile sector. Our financial future lies as much in Cook’s hands as it does in Mario Draghi’s, you might joke.

Google has a highly confidential R&D unit, Google X. Apple has the same. And if Apple remains as groundbreaking as it was in the past decade, I”m sure the CEO has a profound grasp of the future of cash in a digitally configured world.

Money management and financial transactions are on the verge of a revolution. Robot fund managers are entrusted with millions to billions of dollars; Chinese companies opened online-only “fund managers” two or three years ago, one of them being Yu E Bao, a node of Jack Ma’s Alibaba empire. Their offering Yu E Bao allows customers to have surplus cash invested for them”in low-risk securities”at a 6% annual return rate, double what a physical bank can offer. Yu E Bao is really a money market fund, not a bank deposit. However, for customers there is little difference. And since Alibaba itself is not taking the liquidity risks, it doesn”t need a banking license, neatly avoiding the heavy regulation levied on the industry by central banks. Nonetheless, this a “gray area.” No denying it.

“What do we do in the next ten years, between now and this digital-money revolution?”

A Reuters Breakingviews report from February entitled “Lend and Pretend,” by John Foley, explains why: “Alibaba isn”t a bank. But for customers it’s getting hard to tell the difference. Users of China’s dominant e-commerce website can now deposit funds, make investments, take out loans and even give out gifts of virtual cash…. Banks typically offers savings, loans and transactions…. Alibaba’s foray into finance has seen it target all three…. While Alibaba doesn”t have a bank’s lending expertise, it does have masses of data on borrowers” transaction habits.” China’s Amazon.com equivalent had made 170 million yuan worth of loans by February 2015, mainly to small- and mid-size companies on its Taobao marketplace.

If you use an iPhone there’s a good chance you will adopt an Apple banking service sometime, one that might resemble a PayPal lite”the account without the bank transfers. Apple is superbly well positioned to reap the rewards from our cell phones turning into mini banks. It manufactures the hardware, software, and”crucially”the security and identification capabilities that virtual banking will require. Apple’s head start could disenfranchise the big banks from their everyday customers when money itself changes, disappears, or metamorphoses. The antiquated U.K. banking system (heavy in checks and balances) will either be overhauled or grow extinct as rival systems with more efficiency hit the marketplace.

While interviewing the CEO of the new and fast-growing high-street lender Metro Bank (“the MacDonalds of banks,” which is scheduled to IPO in the next couple of years), it struck home how much the other banks” standard processes (three-day transfers, five days to process a check) are woefully backward compared with Metro’s all-new banking architecture, or with an online banking upstart like BankSimple, which was tellingly acquired by a 117-year-old bank, BBVA. Metro’s CEO, Craig Donaldson, informed me that the big four banks” and building societies” infrastructure had not been fundamentally changed for a century. This is why Donaldson decided to build a whole new banking infrastructure from zero for Metro instead of copying the others” at less expense. The benefits are real: Metro opens accounts and mints fresh plastic debit cards for new clients in 30 minutes (versus five to 10 working days). On the customer experience side (or as Metro calls it, the retail experience), Lloyds, Barclays, HSBC et al. are lagging miles behind. It was no big surprise when a Metro bank teller informed me that Metro is the bank most favored by bank managers (of other banks).

Incentives for tech companies to get involved with the movement of money for many reasons including the basic interchange fees incurred on every transaction. Taken as commission by debit and credit card companies on each purchase you make, the hit is 0.2% for debit and 0.3% for credit. A competitor in the digital banking business, incumbent Barclays bank “said so-called contactless transactions have more than doubled over the past year””according to November’s Telegraph article. Critical mass is not out of sight at that rate of growth. A great opportunity in digital banking equally lies in new banks reaching out to the so-called “great unbanked””people with no bank account”a number estimated to be as high as 25% in the USA. Bringing this number of Americans into the formal economy would make a great stimulus for the economy. Similarly, smaller bitcoin amounts”which come with several decimal points”include a far wider client base than any Main Street bank. BTC’s anonymity is just another attraction of this kind of money.

What Apple, and Android, possess is ownership of the consumer at the moment he/she makes mobile purchases. Who needs bank branches and marathon phone-call holding times when Siri’s able to pay a bill for you instantly? Competition lies in the form of digital-only banks, also primed for mobile users, like Germany’s Fidor: a well-established lender, with plans to enter the U.S. market stymied by obstructed access to the big payment systems owned by big U.S. banks. Money is already a turf war, even in cyberspace.

Reinforcing the decline of traditional coins and notes, Cook confirmed the seriousness of Apple’s banking offensive: “We plan to continue to encrypt end to end with no back door,” said Cook. What he’s talking about is a commitment to the evolutionary process that will culminate in the end of physical cash. “We will productively work with the governments to try to convince them that’s also in their best interests in the national security sense,” Cook said. The comment suggests how far ahead of the government the pioneers are”when it comes to financial technology.

Circumstances prove human beings will adapt to almost anything representing monetary value if need be. During the bombing of Aleppo, Syria, it is said that prostitutes and other black marketeers accepted cell-phone credits in lieu of cash because the currency’s exchange rate could not be trusted or its banking system was broken due to war.

Cash is still used for 50% of payments, but consumer preference for speedy alternatives is clear: from Google Wallet to contactless cards to digital banking start-ups growing briskly. A horizon of about ten years is the benchmark for the organic decline of cash in favor of its virtual representations. Doomsday merchants believe a post-cash world will unduly empower government. However, the data giants of our world already possess so much of our personal information after we collectively gave them consent to take it. These companies, such as Google, know more about us than our governments do. It’s a case of legislation and governance catching up with breaking technology. It may also be an outside chance for a renaissance of the banking sector.

What do we do in the next ten years, between now and this digital-money revolution?

Let’s not assume our assets are permanently safe presently invested, first of all. Bill Bonner is the coauthor of a book entitled Financial Reckoning Day: Surviving the Soft Depression of the 21st Century“which makes him a doomsday merchant. In an essay he penned for MoneyWeek’s Last Word column, he writes that “we never imagined the Fed could create an entire fantasy economy based on completely unnatural signals and grotesque manipulations.” He describes the 21st-century economy as “one in which the old rules of supply and demand have to be viewed through the distorted light of central-bank intervention.” His most pressing question is this:

When the price of new money is zero, who knows what other things are worth?

Who knows? The end of cash may save us from the world of QE and NIRP (negative interest-rate policy), which saved our banks in 2008 but now threatens to destroy our economies through artificial floating and addiction to leverage.

What might this “post-cash” look like anyway? A Goldcore.com report by Stephen Flood discusses the potential for “blockchain,” the actuarial architecture made famous by bitcoin: “Imagine a world where every single asset had a universally accepted “tag” attached to it…[that] will display exactly who owns the asset, who can control the asset, every conceivable dimensional detail about the asset, how to buy and sell the asset.” Now imagine this for ten seconds.