You’re Not Supposed to Notice 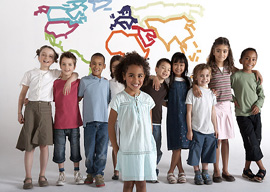 There seems to have been a lot of rioting recently. The Greeks are rioting over government spending cuts. Hockey fans rioted in Canada’s nicest city. Soccer fans staged a riot in Argentina. And…uh-oh, what’s this? Riots all over the USA: in Washington, DC, in Peoria, IL, in Philadelphia, in Chicago, in Philadelphia again….What’s going on?

Rioting is a pretty normal state of affairs. Ancient Alexandria’s inhabitants were, the historians tell us, “always riotous.” The Gordon Riots in 1780 London destroyed the city’s two main prisons and damaged the Bank of England, as well as several embassies.

He had come prepared to incite a riot. The elements were there. The men already in the bar agreed with him and his friends that the barrier was a bloody shame. A silence spread among them, like the thickening in the air before a storm. One man poked a hole through the screen with his cane. A cadet gave it a shove. Someone else kicked it, and it moved. In a flash the whole crowd, suddenly excited and infuriated, rushed at the flimsy encumbrance and demolished it. Amid the din X shouted: “Ladies of the Empire! I stand for liberty!” It turned out that there were no ladies present, soiled or otherwise; the prostitutes had prudently decamped.…

Sordid stuff. A London music hall (i.e., vaudeville theater) named The Empire was laid out with a promenade space alongside the men’s bar so that ladies of the town could “describe their specialties and cite their prices in stage whispers.” A crusader against vice had persuaded the city council to erect a barrier between bar and promenade. This was the barrier destroyed in the riot on Saturday, November 3rd, 1894.

“He’s black, she’s yellow, they’re Jewish. We all know it, but for goodness’ sake don’t mention it.”

But who was X, the riot’s ringleader? None other than 19-year-old Winston Churchill, later to become Sir Winston Churchill, KG, OM, CH, TD, PC, DL, FRS, Hon. RA, twice Prime Minister of Britain, and winner of the Nobel Prize in Literature. (The quotes above are from William Manchester’s The Last Lion.)

Not many of us have incited a riot on behalf of street hookers. Well, I know I never have. I can’t even recall ever having been in a riot, though I had a close brush with one once.

It was around 1970 in Nottingham, England. I was visiting the place on business and went out drinking with some colleagues in the evening. We heard a disturbance in the street outside our pub and went out to look. A mob of young men, more than a hundred, were storming up the street, yelling wildly, and swinging out with their fists against passersby. It was terrifying. We ducked back into the bar and the mob flowed past. I have no idea why they were rioting—something to do with soccer, probably. (Where was the sheriff?)

A few years before that, English seaside family vacations were being ruined by the mods and rockers wars. Rockers were English bikers. They had greased hair, sideburns, leather jackets, and motorbikes. The mod was the metrosexual’s evolutionary precursor. He blow-dried his hair, wore natty suits, and rode a motor scooter. Mods and rockers hated each other. They came out in force on summer weekends and fought pitched battles on England’s few decent beaches.