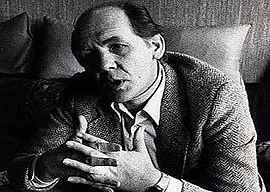 I am offended when people ask if I write under a pen name. The question seems to cast aspersions on a century of Mortimer family history—of which three generations have carried the same given name as I. Are we to understand that the names of other writers shine with a more pleasing patina than mine? George Orwell? John le Carré? Isaac Bickerstaff? Edgar Box? Well, I disagree—and so I will remain faithful to the name of my birth.

Others before me have suffered from similar arrows of reattribution. Chief among them was the fine conservative campaigner and letter writer Henry Root. He got rich in the wet-fish trade in 1970s London before turning his mind to the betterment of society. This included the forming of various public associations—Ordinary People Against Pornography was one—and offering support to various public figures. One of the many lessons I take from Henry Root’s life is: If you’re aiming high, aim for the top. So it was that an assistant private secretary to the Prince of Wales found himself drafting the following reply:

The Prince of Wales has asked me to thank you very much for your letter of 18th May in which you asked if he would be able to visit your flat on Saturday 9th June. I’m afraid his Royal Highness will be unable to accept your kind invitation since he has already made his plans for that day.

“President Trump’s platform of jobs and security would have been part of the arterial mainstream of politics in Root’s day.”

Elsewhere in his roll call of quixotic failure were to be found replies from Mrs. Thatcher—who thanked him for his “pertinent views”—and Queen Elizabeth II, whose office declined his eminently sensible suggestion for a reform of the House of Lords. Indeed, his correspondence reveals as much about the addressees as it does about Root. General Muhammad Zia-ul-Haq—the military dictator of Pakistan—warmly endorsed his reassurance that “most of us realise that a backward people such as yours needs and appreciates the smack of firm government.” Being appreciative that the “smack of firm government” is by needs sometimes ill-directed, Root reassured the head of Scotland Yard that a certain margin on the death penalty was only to be expected: “Better that 10 innocent men be convicted than that one guilty man goes free!” The good commissioner replied with an audible sigh of relaxation, thanking him for his understanding.

As Root was “not without means,” the support offered was often more than moral in nature, frequently including a pound note as a gesture of good faith. Many of the ingrates who received these honoraria nonetheless felt constrained—no doubt by the encroaching fear of regulation—to return them. A typical rebuttal came from the congenial treasurer of the Conservative Party, Lord McAlpine, whose only requirement for daily happiness was said to be a limitless supply of cigars and champagne. “I’m sure you are well aware—and have already been informed by General Wyldebore-Smythe—that there is no question of purchasing a peerage from the Conservative Party!” he fumed. Heartbroken, Root with great reluctance joined the Liberals.

As a Renaissance man, his worldview went beyond mere politics. Literary projects encompassed theater (The English Way of Doing Things), intellectual history (Seminal Thinker in a Nutshell, coedited with his wife, Doreen), and anthropology. His academic work Womanwatching—intended as a reply to Desmond Morris’ Manwatching—was pitched to the publisher Jonathan Cape as follows: “With a letter of introduction from you, I’ll hop incognito through the door [of a ladies sauna] in a pair of ballet pumps and—with a cry of ‘Straighten up ladies, I’ve been sent by Cape!’—take unusual photos before ejection…. Let’s be positive about this one!” Yet the exhortation fell on deaf ears (had only it been 2018, of course, he could have wafted into their steamy coven on a cloud of self-identification). Undeterred, Root set about buying the publisher. His instructions to a London merchant bank still stand as a blueprint for how to start a takeover bid: “Don’t charge in like bull at the gate. Use a little stealth! I don’t want Cape to see me coming.” Fools that they were, the bank declined to partner with him.

His cultural encounters are a record of the waters of decline lapping at a lone rock of civilization. When Mrs. Root put her back out cleaning the Rolls—a strange occurrence, given that Root himself was supervising the operation; but nobody’s perfect—he innocently contracted a Greek masseuse to aid his wife’s recovery. The couple were ill-prepared when the young health professional “sat athwart Mrs. Root and suggested Sapphic alternatives with the door closed.” Restlessly curious, he immediately wrote to the Greek ambassador: “Is this some indigenous custom of your once great country, instigated by such celebrated homosexualists as Plato the Great and General Alexander?”

Copying the same letter to the British Foreign Office—humbly requesting that the Foreign Secretary, Lord Carrington, should not himself be disturbed—he started conducting due diligence on various European holiday destinations. Of Spain in the wake of the death of Franco, he noted: “As so often happens, democracy has brought in its wake swarms of local Pedros who roam the streets putting their hands up ladies’ skirts and infiltrating to their own ends the wallet-pockets of package tourists.” The head of the Southern-European desk wrote back that “the activities to which you refer are indeed apt to occur.” It is not known whether Mr. and Mrs. Root made the trip—or indeed ever left the British Isles again. His letters now stand as a reminder of how far the political center of gravity has drifted from the Common Man. President Trump’s platform of jobs and security—like Nigel Farage’s successful bid for Britain to leave the E.U.—would have been part of the arterial mainstream of politics in Root’s day. Yet, like these movements, his Montaigne-like insights into the world would probably now be considered “extreme.”

But there is a more insidious lesson to be gleaned from his Life and Work: that some brigand is always ready to come out of the woodwork and retrospectively claim the work of a better man. In Henry Root’s case, it was a dissolute creep called Willie Donaldson. Other than reverse plagiarism, his career included making stage shows go bust, pimping, and associating with drug smugglers. He disliked everyone, including Bob Dylan, yet no one more than himself. This probably accounts for him being history’s only known recreational user of Rohypnol. Despising the telephone even more than Dorothy Parker, he ended life as a paranoid recluse, eventually being discovered dead of a suspected crack overdose with pornography playing. The sooner Willie Donaldson is forgotten, the better. Worse even than attempting to steal Root’s persona was the attempt to claim the letters had been written as a joke. We conservatives are becoming ever more used to such below-the-belt cultural swipes, and must remain ever more on guard. One day some wretch may even crawl from a similar den and attempt to claim my work is a joke of his own creation. Don’t believe him.