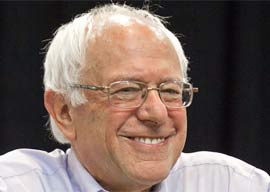 The Week’s Most Bathetic, Emetic, and Splenetic Headlines

AS YOUNG AMERICANS EMBRACE SOCIALISM, BERNIE SANDERS WALKS INTO A GLASS SHOWER DOOR, REQUIRING STITCHES
An exclusive Harris poll reveals that Generation Z—a cohort that comprises a quarter of the American population and consists of people who were born in the mid-1990s or afterward and have never known a world without the Internet and are effectively mental retards with a maximum attention span of three seconds—prefers socialism to capitalism, although they’d probably be incapable of defining either term without using at least one “LOL” and three emojis.

The poll also found that the top three voting issues for these wet-behind-the-ears whippersnappers are “mass shootings, racial equality, and immigration policy and treatment of immigrants,” which suggest that Gen Z is as easily brainwashed by popular media as any prior generation, with the stark difference being that this is the first generation in history that seems to think that committing suicide is a virtue.

While historically illiterate young voters were busy embracing the sort of socialism you can put on a T-shirt, 77-year-old sclerotic nebbish
Bernie Sanders, who never even had a job until he was 40 and thus has no idea what it’s like to be a member of the working class, walked head-on into the side of a glass shower door, busting his wrinkled head and requiring seven stitches. His campaign rushed to assure everyone that Mr. Sanders, who seems ready to burst an artery from a rage-induced stroke at any moment, did not actually fall—he simply walked head-on into a shower door, as if that makes it any better.

JEWS IN THE NEWS
It was not a good week for Jews—even though if it had been a good week, they tend to kvetch so much, you couldn’t tell the difference, anyway. What’s the sense of being happy if you’re always going to complain?

White House press secretary Sarah Huckabee Sanders, who to our knowledge is suspiciously non-Jewish, dodged questions at a White House press conference last Monday as to whether Donald Trump actually said “Democrats hate Jewish people” during an RNC fundraiser at his Mar-a-Lago resort. Sanders made clear, however, that she and Donald Trump absolutely adore Jews—far more than the Democrats, who have had multiple opportunities to disavow, condemn, shun, ostracize, and torture members of their party who don’t make huge public displays of Jew-lovin’ like the Republicans do.

In New York City—lotta Jews there—the NYPD’s hate-crimes unit is investigating the horrifying defacement of a Brooklyn subway-stop poster of octogenarian Supreme Court Justice Ruth Bader Ginsburg. The word “DIE” was written on her forehead, “JEW” was scribbled across her glasses, and a swastika was drawn over her mouth.

As luck would have it, Ginsburg is Jewish.

“There is no room for hate in NYC,” the NYPD tweeted.

Are we talking about New York City? There’s more hate there in a square mile than there is in all the land south of the Potomac.

“Are we talking about New York City? There’s more hate there in a square mile than there is in all the land south of the Potomac.”

Polish Jews are shvitzing over the fact that a newspaper called Only Poland has an article on its front page called “How to Recognize a Jew.” Individual Jew-markers include “Names, anthropological features, expressions, appearances, character traits, methods of operation, ” and “disinformation activities.” The paper also asks, quite ominously, “How to defeat them? This cannot go on!”

Leszek Bubl, the paper’s publisher, is described as “a fringe nationalist political candidate and sometime musician who has sung about ‘rabid’ rabbis.”

And finally, the Southern Poverty Law Center, the nation’s premier Stalinist witch-hunting organization, has fired co-founder Morris Dees for undisclosed reasons, but if we had to guess, he probably made a fart joke in front of a female employee. Either that, or they finally realized he’s not Jewish.

RACIAL HEALING WORKSHOP OFFERED FOR WOUNDED MINORITIES
Are you a poor-and-oppressed minority living in Southern California who for some reason is depressed that you aren’t living in Zimbabwe?

Fret no more, sweet dusky ally—San Diego State University is offering a “Racial Healing Workshop,” a safe space free of white people that is designed to make Dark Students feel a tiny bit better at the fact that their low SATs and low grades in no way mean that they are inferior students.

The workshop will be hosted by Dr. Cheryl E. Matias, who describes herself as an “Assistant Professor & Motherscholar, Ph.D. in Race and Gender Studies in Education, Studies in the Emotionality and Psychoanalytics of Whiteness,” and we swear that she doesn’t sound like a complete idiot.
IS THIS BLACK TRANNY PEPPER-SPRAY HATE CRIME LEGIT?
With all of the hoopla and hullabaloo over the recent Jussie Smollett hate-crime hoax, we have cautioned our readers to approach every lurid and overhyped story of Hate Gone Wild as “false until proven true.”

Thankfully, the following story, although lurid, was not hyped at all, so we will assume it’s true.

Last Friday and Saturday in Upper Manhattan and the Bronx, a total of 11 white New Yorkers were approached by a black man who thinks he’s a woman and then pepper-sprayed in the face. The delusional dude allegedly approached a white couple in the Bronx and reportedly said something about how much he hates white people. According to a police report of the incident:

They were approached by the defendant who kicked both victims and sprayed a substance in their face….The defendant approached a 30-year-old male and a 24-year-old female, asked them if they were white and displayed a sharp object causing fear. The female victim was sprayed in the face with an unknown substance causing redness, burning and discomfort.

News reports are referring to the suspect, 37-year-old Thomas Heard, as a “transgender woman,” which is a polysyllabic way of saying “man.” Mr. Heard, who calls himself “Tasha” when he’s feeling feminine, has been charged with assault and menacing as a hate crime.

THE “HIV HAIRDRESSER” AND HIS REIGN OF REVENGE INFECTIONS
Darryl Rowe is a Scotsman who was jailed for life in 2018 after it emerged that the HIV-positive homosexual went on a deliberate campaign to infect other men after learning of his positive status. He is now the antihero of a new BBC documentary called The Man Who Used HIV As a Weapon.

Over eighteen months of random hookups via the gay dating app Grindr, Rowe interacted with hundreds of men; he is confirmed to have infected at least five of them with HIV. His MO was the same: Either he’d insist on having unprotected sex or he’d snip a hole in a condom and deliberately shoot his toxic seed up the rectums of unsuspecting partners. Then he’d wait at least a few days—long enough to render any retroviral cocktails worthless—before taunting his prey via text message that he’d infected them. Some of his sample texts include:

Maybe you have the fever. I came inside you and I have HIV LOL. Oops!

You have HIV. Lol.

You can’t get rid of me. You’re gonna burn. I ripped the condom. You’re stupid. I got you.

I hope you enjoyed four of my loads. I have HIV.

While handing down his life sentence, Judge Christine Henson accused Rowe of conducting a “determined hateful campaign of sly violence”:

You are the first individual to be sentenced for Section 18 offences in the context of infecting others with HIV. With the full knowledge of the risk you posed to others and the legal implications of engaging in risky sexual practices, you embarked on a deliberate campaign to infect other men with the HIV virus….Unfortunately for five of the men you met your campaign was successful.

To this day, despite the keening sadism of his text messages, Rowe denies knowing that he was HIV-positive, claiming that he was certain that he had been cured by drinking his own urine.

OLD FAT POTHEAD LESBIANS WARM HEARTS
We don’t hate all lesbians, only the ones who hate everyone who isn’t a lesbian—which, when you think about it, is nearly all of them.

However, we found enough room in our shriveled little hearts to generate three or four calories worth of warmth for a pair of aging lezzies named Lee and Sue—they refuse to give their last names and won’t pinpoint their age beyond describing themselves as being in the “third trimester” of life—who have carved out an adipose little wheezing niche for themselves online as perhaps the world’s preeminent pair of old, fat, weed-smoking lesbians.

Whatever your feelings about weed—it’s not the drug itself which is nearly as annoying as its users—Lee and Sue rightly point out that marijuana is a far safer and effective way to deal with pain than opioids, which are ravaging their home state of Maine as brutally as they’re ripping apart predominantly white rural areas throughout the country.

Look at us, approving of lesbians. But that’s how bad the Great White Death has become—we’ll tolerate a gassy duo of old weed-puffing clam-diggers if it means one less corpse due to the Sackler family’s Oxycontin.