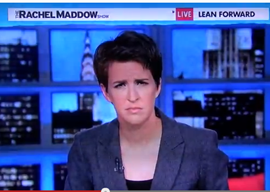 On Tuesday, the “progressive news site” Raw Story did a piece about a three-year-old in North Carolina who was killed while playing with a pink handgun. The site, which claims to feature “stories that get ignored in an infotainment culture,” used the dead child to tell us that gun manufacturers are evil for making guns that look like toys. Among their examples was the new Hello Kitty assault rifle that doesn’t exist. The writer saw a picture of the gun and assumed it was real. What kind of humorless ass-hat thinks Hello Kitty would license their product to a gun manufacturer? Did he think the Care Bear bulletproof vest was real, too?

I wouldn’t be surprised if there are still people out there who think Jonathan Swift was seriously suggesting the poor should eat their own babies. People who don’t get jokes are anti-funny, and to be against funny is to be against fun. We’re only on this planet for about 80 years and if you want to ruin this blip in time by taking everything seriously, you should kill yourself.

Here are 10 other examples of people not getting the joke.

10. VIDEO-GAME NERD MISTAKEN FOR GUN NUT
In January, tech blogger Stephen Totilo posted a picture of himself carrying an insane-looking toy gun from a video game. Despite the fact that this comical gun is much taller than he is, the anti-gun nuts used him as a poster child for everything that’s wrong with the world. About 500 people shared his image on Facebook and the image made it to a page called “Republican Bigotry Hate Fear and Distortion” with one commenter asking, “Is it any accident that he’s a dead-ringer for Lee Harvey Oswald?” If there’s one thing that’s becoming irrefutable about the gun debate, it’s that the anti-gun experts don’t know anything about guns.

“The left ran with it and many blacks Tweeted that they were no longer going to vote for Romney, which is sort of like gays boycotting vaginas.”

9. ANN COULTER JUMPED OUT OF A PLANE BECAUSE THE PILOT WAS A BLACK WOMAN
The first thing that should have tipped people off was hearing about a black female pilot. I’ve never seen one. Have you? The Daily Currant is a funny-looking comedy site that claims to be “The Global Satirical Newspaper of Record,” but that didn’t stop dozens of people wishing death upon Coulter for being so intolerant. The article called her “Ann of mean labels” and claimed she said, “I mean what’s next? Are we gonna let Mexicans become doctors now? Jesus Christ people!” These uptight militants are so determined to prove America is the racist hellhole they learned about in college, they devour every morsel of controversy they’re fed without questioning its origin. It reminds me of the time Coulter said, “our blacks are better than their blacks” and the Perpetually Outraged took it to mean she owns slaves. Not only are jokes verboten, you’re not even allowed to use colorful language when talking about people of color.

8. CHINA ASSUMES NORTH KOREAN DESPOT IS SEXY
The Onion gets taken seriously so often you could do a whole article on these cases alone. Their Wiki page lists 16 times their jokes have been taken as fact but my favorite has to be when the Chinese government thought Kim Jong-un is sexy. Can you even conceive of a woman diddling her bean to this beta male butterball? Me neither, but in November, “The People’s Daily ran a 55-page photo spread of North Korean leader Kim Jong-un after he was declared The Onion’s Sexiest Man Alive for 2012.”

7. NEOCON SITE LINKS HARRY POTTER TO SATANISM
OK, one more Onion example. I have to include this because it exposes a group almost as annoying as communists. Back in 2001 WorldNetDaily ran an article about Harry Potter leading children down the long dark path to Satanism and the author cited the following quote from the Onion:

“Harry is an absolute godsend to our cause,” said High Priest ‘Egan’ of the First Church of Satan in Salem, MA. “An organization like ours thrives on new blood – no pun intended – and we’ve had more applicants than we can handle lately.”

A quick Google search reveals the passage has been cited by fundamentalists many times. Even if you’ve never heard of The Onion, how could these people not spot the clues such as “godsend” and “new blood”? Jesus Christ, people!

6. VP CANDIDATE CALLS RUNNING MATE “THE STENCH”
After years of relentless hammering by Democrats, the GOP decided to go with the squarest and most impossibly squeaky-clean candidate imaginable. Not only had Romney never inhaled, he never even held a joint. He never had any extramarital affairs. I’m not even sure his religion lets him drink coffee, so when someone jokingly pretends Paul Ryan refers to Romney as “The Stench,” the scandal-starved media grabs it and runs.