10 Violent Koran Verses and the Terror They Spawned 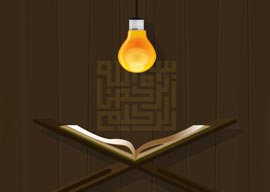 I recently interviewed Jihad Watch’s Robert Spencer and we went through 10 examples of the Koran being violent. After the video went live, we got all the common refrains about how the Bible is even worse and the Crusades this and the Old Testament that and Hoseah 13:16 and Psalms 137:9 encourage us to “bash babies against rocks,” etc., etc.

All right, fine. Just for fun, let’s pretend the Old Testament was even worse than the Koran and we were way more barbaric 500 years ago. How about what Islam is doing today? The Western world has moved forward since the days of fire and brimstone, but the Middle East is turning backward toward it. There are a lot of reasons for this, but their handbook is a great place to start. Here are 10 examples of Koran quotes coming to life right now.

(1) “Fight against those who do not obey Allah and do not believe in Allah or the Last Day and do not forbid what has been forbidden by Allah and His messenger even if they are of the People of the Book until they pay the Jizya with willing submission and feel themselves subdued.” 9:29

This week a woman “of the book” was accused of destroying said book and promptly beaten to death by those who “obey Allah.” Farkhunda Malikzada was a devout student of Islam and had chastised fellow Muslims for trafficking Viagra and condoms. They got out of it by pretending she was burning the Koran and that’s when all hell broke loose. You”d”ve thunk she created a sculpture called Piss Muhammad or made the prophet’s mother out of elephant dung the way they stomped her bloody face into unconsciousness.

(2) “When the sacred months have passed, then kill the Mushrikin wherever you find them. Capture them. Besiege them. Lie in wait for them in each and every ambush but if they repent, and perform the prayers, and give zacat then leave their way free.” 9:5

In 2002, John Muhammad, the Beltway Sniper, lay “in wait” for various Mushrikin and killed at least 17 of them. Calculating the sacred months looks incredibly complicated and I think it’s different for Muharram, Rajab, Dhul Qadah, and blah blah blah so I”m not sure if he committed these acts of terror before or after 2002’s sacred months had passed.

“The Western world has moved forward since the days of fire and brimstone, but the Middle East is turning backward toward it.”

(3) “They ask you about fighting during the sacred months. Tell them, fighting therein is a great sin but a greater sin is to prevent mankind from following the way of Allah, to disbelieve in him.” 2:217

Oh, whoops, turns out the sacred-months thing is bullshit. So basically the instructions can be boiled down to “Kill the nonbelievers wherever you find them.” I don”t recall that passage being in the Bible, but if it is, it certainly hasn”t been explicitly stated as a motive for mass murder in a long-ass time. If you”re looking to attach deaths to this caveat, throw in John Muhammad’s sidekick, Lee Boyd Malvo.

(4) “Kill them wherever you find them and drive them out from where they drove you out. Persecution is worse than slaughter.” 2:191

Terrence J. McNeil never committed the terrorist attack he linked to the above verse, but that’s only because men with guns prevented him. With the words “Kill them wherever you find them,” he uploaded the names and addresses of 100 military personnel and was arrested.

The image of ISIS marching Christians along the beach before beheading them is one of the most disturbing snuff films of all time (although it can”t hold a candle to the guys being burned alive in cages). The Islamic State has committed hundreds of beheadings in the past two years despite it being such a cumbersome and time-consuming way to kill someone. This is likely because firing squads were unheard-of when 47:4 was written.

(6) “When your Lord revealed to the angels, “Truly I am with you. So, keep firm those who have believed. I will strike terror into the hearts of those who have disbelieved. So, strike them at the necks and cut off their fingers.”” 8:12

No, this isn”t a Metallica song, it’s what the Oklahoma beheader had on his Facebook page before he went out and cut off Colleen Hufford’s head. Of course, the liberal media claimed Jah”Keem Yisreal was committing workplace violence and that this had nothing to do with the Koran.

(7) “Men are the protectors and maintainers of women because Allah has made one superior to the other and because they spend to support them from their means. Therefore, righteous women are obedient and they guard in the husband’s absence what Allah orders them to guard. And, as to those women from whom you fear disobedience, give them a warning, send them to separate beds, and beat them.” 4:34

Why feminists haven”t devoted 100% of their anger toward Islam boggles the mind. Is forcing women to wear black polyester bags in desert heat and then stoning them to death for being raped not at least a little bit sexist? The list of men letting 4:34 run their marriage is endless so I”ll throw a dart at it and pick the guy who stomped his wife’s head in because she joined him in a song (link NSFW).