Behold Their Lofty Angst: Artists in the Trump Era—Part Two 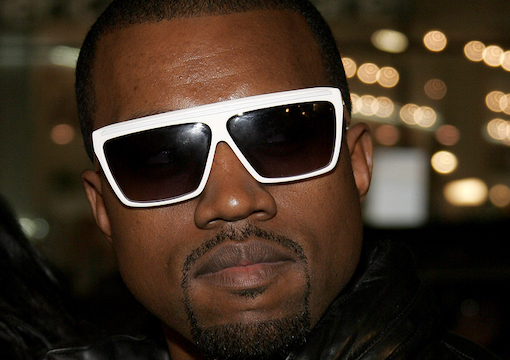 “Can Protest Art Get Its Mojo Back?” asks Spencer Kornhaber in a July 2018 article in The Atlantic. For though it’s a shocking thing, given the characteristic courage and heroism of progressives, “[s]ince the 2016 election,” Kornhaber relates, “pop music and TV shows have emphasized liberal impotence more than anger.” Here, the “Brooklyn punk rocker” Jeff Rosenstock is a representative figure. “In the days after Donald Trump’s inauguration,” Kornhaber tells us,

Rosenstock retreated to the Catskill Mountains to do what liberals everywhere were doing—mourn—and what many artists were doing, create work about what had just happened. The resulting songs, released on New Year’s Day 2018, bore titles such as “Powerlessness,” “All This Useless Energy,” “Beating My Head Against a Wall,” and “Yr Throat” (as in, “What’s the point of having a voice / when it gets stuck inside your throat?”). In jittery, epic-scale shout-alongs, he described his neighbors taking shots and moaning, “There’s nothing left we can do right now.” He told of joining a demonstration that shut down an interstate, and then realizing that “after a couple of days / the fire that I thought would burn it down was gone.” He reported withdrawing from regular life to channel his discontent into action, but finding it impossible to do so.

Poor fellow! If only that interstate had burned down; then he and the other demonstrators might have been inspired—say, to burn down more interstates, or better yet, the White House.

Still, no good team member should feel that he is without hope. In Kornhaber’s words:

[T]he entertainment world is undergoing, as a recent piece in ‘New York’ magazine put it, “the Great Awokening.” Even public figures known for their detachment have become walking Daily Kos comments sections, and when hundreds of thousands of women and other voters marched in protest after Trump’s inauguration, celebrities added oomph with speeches and songs. “Yes, I have thought an awful lot about blowing up the White House,” Madonna confessed to the crowd in Washington, D.C.

As for the fitness of our celebrities to opine on politics, the best proof is their brilliantly transgressive works themselves. Kornhaber once more:

Netflix’s ‘Queer Eye,’ for example, performs gentle missionary work in one episode, sending a squad of urban gays to ever so respectfully make over a Trump-voting Georgia cop. Sarah Silverman’s new Hulu series, ‘I Love You, America,’ has the foulmouthed comedian venture into the heartland to listen, argue, and bond through potty humor. The rapper Joyner Lucas landed a viral hit with “I’m Not Racist,” an imagined—and cartoonish—conversation between a Trump supporter and a Black Lives Matter activist.

Or, if you don’t find all that convincing, there’s the unfailing narcissism of this intellectual victim class, a.k.a. “creatives” and “influencers.” Says Kornhaber:

On the blue states’ favorite TV satires, the immediate reaction to Trump focused even more explicitly on progressives’ anxiety—rather than on, say, the cause of that anxiety. The great HBO series ‘High Maintenance’ toured an effete Brooklyn whose inhabitants were so triggered by the news on their phone that they temporarily abandoned their spin classes. A major thread of the recent ‘American Horror Story’ season followed two liberal lesbians—one a Hillary Clinton voter and the other, in a twist, a Jill Stein voter—as they descended into violent self-recrimination. On Comedy Central’s ‘Broad City,’ a feminist stoner found herself unable to orgasm in the Trump era until a sex therapist guided her through a fantasy including Hillary Clinton. Each of these shows is squarely directed at the people most horrified by America’s new political reality….

Leave it to the incorrigibly dull, I’d have thought before being edified by Kornhaber, to never get tired of their very selves.

“Surely Kanye, a devoted Trumpian, has penetrating insights to offer on ‘America’s founding principles,’ or on Abraham Lincoln, even.”

“Many of the country’s more distinctive and provocative artists,” Kornhaber writes,

have been especially hard on themselves. The Pulitzer Prize–winning rapper Kendrick Lamar is at the top of any list of modern protest musicians, and he intermittently sniped at Trump and Fox News on his 2017 masterpiece, ‘Damn.’ Yet he focused more on critiquing himself and his allies, fretting that the recent vogue for sign-waving could be fleeting.

At this point I must ask my readers to restrain themselves, lest, like feminists at a buffet, they positively faint in elation. For who can fail to be filled with admiration for our artists’ deep commitment to self-examination, even as they reveal that, as Lin-Manuel Miranda puts it, “great art is like bypass surgery”—in the sense of bypassing all possible diversions from your obsessive narcissism? And as for Mr. Lamar, he needn’t fear—the people waving those signs won’t be bothering to get jobs anytime soon.

Of course, I cannot omit consideration of the artistic right from this column on artists in the Trump era. I gained a lot, after all, from a recent Twitter exchange with A.M. Juster, the conservative poet, critic, and poetry editor of First Things magazine who served as commissioner of the Social Security Administration from 2007 to 2013, having been nominated by the great George W. Bush himself. An ignorant fellow, I’d always thought that a writer’s political views and nonliterary activities were utter non sequiturs in regard to his merit as a writer. Juster, however, protested Peter Handke receiving the Nobel Prize in Literature, since the Austrian had once expressed support for Slobodan Milošević, the former president of Yugoslavia who was indicted for war crimes by a U.N. tribunal for his role in the Yugoslav Wars. What that support entailed concerning Handke’s literary eminence (or lack thereof) was unclear, I maintained. Literary merit, Juster implied amid much ardent moralizing, is indeed determined by moral character, and, as if channeling David Frum, David French, or some other hysterical hack, he added that the award going to Handke was especially unacceptable, what with “democracy and human rights being threatened around the world.” Thereupon I recalled the description of Juster by an acquaintance of mine, a distinguished poet, scholar, and critic who has observed Juster over the years: “Juster is a fake conservative. He poses as a traditionalist and a Republican, but in fact never deviates from left-liberal loyalties. You might consider him the Mitt Romney of formalist poetry.”

Yet before I could decide whether this description was accurate, the writer Emina Melonic, a Muslim from Bosnia, took a break from sucking up to Buckleyites and Zionists to claim that giving an award to someone who supported genocide entails “implicit participation in a denial of genocide.” As with Juster’s opinion, I couldn’t see how that followed, mine having been a logical point of view, so I disagreed with Melonic as well. But, being faced with a Christ-cuck on the one hand, and a virtue-signaling intellectual woman on the other, I eventually yielded—doubtless by an act of Divine Providence—to their superior wisdom, and in my gratitude, I later published a poem on Juster at my web journal The Agonist. (Somehow Juster, who has my email address, has yet to thank me for publishing “The Dickless Sonnet.”)

Lastly, I must say that I have been very pleased lately by all the coverage of Kanye the Christian rapper on Fox News. God is good and you go, boy! Kanye, who has perhaps been “born again,” wants to make America great again, and to get our black brothers and sisters off the Democrat slave plantation. Oh, how they’ve been brainwashed, how they’ve been deceived, the poor blacks!

And yet Kanye, who, I understand, is recruiting the worthy Lil Wayne to the MAGA cause, is leading the way forward for our duped equals. Let us hope the two gentlemen will be joined in the vital endeavor by Rakim Athelaston Mayers, better known as the distinguished rapper and—thank God!—now-freed political prisoner A$AP Rocky, who is surely indebted to our national leader Donald Trump. Over the summer, while A$AP Rocky and “his boys” were in Sweden, a wicked Afghan immigrant named Mustafa Jafari harassed the innocent group. They tried to walk away. They tried to be the bigger men. But Jafari, who was perhaps envious of their American exceptionalism, continued to pester them, so that they had no choice but to defend themselves, A$AP Rocky throwing Jafari to the ground and wounding the man by hitting him with a bottle.

Now, one would think that such principled self-defense would have been met with profound appreciation—but nooo. A$AP Rocky and the crew were charged with assault, while the mischievous Jafari was cleared of all charges. Meanwhile, with their usual racism, human rights organizations around the world ignored the terrible injustice. How fortunate it was, then, that President Trump, at the urging of Kanye West and that fat whore he’s married to, took care to call the Swedish prime minister Stefan Löfven and ask him to “free Rocky,” explaining that he’d be happy to pay Rocky’s bail himself. Of course, with characteristic class and diplomacy, our president also saw fit to tweet:

Very disappointed in Prime Minister Stefan Löfven for being unable to act. Sweden has let our African American Community down in the United States. I watched the tapes of A$AP Rocky, and he was being followed and harassed by troublemakers. Treat Americans fairly! #FreeRocky

Thanks to Trump’s pressure, A$AP Rocky was eventually cleared of all charges. Although suffering from post-traumatic stress disorder—for which he is self-medicating by smoking a dozen blunts a day—A$AP Rocky has returned to making his celebrated illiterate musical compositions and, as if to confirm the wisdom of Trump’s intervention, to his endearing habit of giving the middle finger to the world in public.

Seeing as Making America Great Again depends on successful outreach to blacks (among other marginalized peoples), it is to be hoped that some enterprising Jaffaite will commission these excellent rappers to write for one of the two Claremont Institute publications, those bastions of conservative leveling. Surely Kanye, a devoted Trumpian, has penetrating insights to offer on “America’s founding principles,” or on Abraham Lincoln, even. Why, he might even freestyle a little some night on Fox News, whereupon Michael Anton could provide a Straussian interpretation of what the hell the man said.