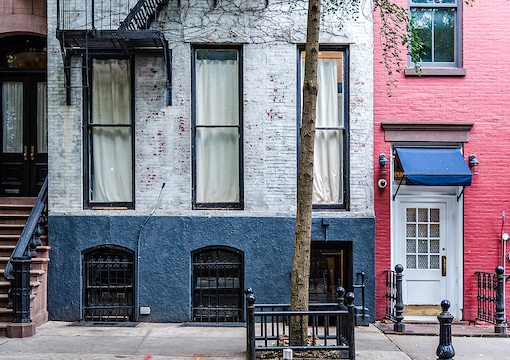 Center-left Vox pundit Matthew Yglesias’ new book One Billion Americans: The Case for Thinking Bigger is actually two contradictory polemics. The book is both a sensible call for making family formation more affordable for younger Americans, and a demented demand for tripling the population of the United States (currently one-third of a billion) via immigration, thus ruining the chances of tens of millions of actual Americans to afford marriage and children.

—We should figure out smart ways to make life a little less stressful for Americans so they can have children as well as careers; and

—We should also encourage the rest of the world to crowd into the U.S. and horn in on the birthrights of American citizens.

Yglesias’ main argument for adding 666,666,666 immigrants is that this would help us compete with populous China.

In short, Yglesias seems to imply, America must invite the world in order to invade the world.

Just think of the possibilities! If we had two-thirds of a billion more immigrants, we could conscript a humongous army and militarily conquer the world…which would finally give us some place to dump all the teeming masses of immigrants.

Seriously, Yglesias argues, we couldn’t have won WWII or the Cold War without a big population.

Of course, mid-20th-century USA was far more unified, due to the immigration shutdown in the 1920s that wisely ruled that no interest groups would be allowed to use immigration to change the country’s ethnic balance. Hence, the political system was more cooperative and functional than today when Democratic pundits like Yglesias’ partner at Vox Ezra Klein alternate between boasting that immigration will bury whiteness and complaining that whites are paranoid about being replaced.

One obvious problem with this plan, however, is that all the immigrant ethnicities would then turn on each other in a struggle to control the capital of the world. Why compete with the United State militarily if you can use your co-ethnic immigrants to simply subvert the USA from within (such as this week’s example of an immigrant NYPD officer arrested for spying for China on Tibetan exiles), especially if Washington were so foolish as to invite in two-thirds of a billion immigrants?

Germany would have liked to do that using German immigrants in 1917, but the self-righteous WASP ruling class proactively crushed any German-American resistance with heavy-handed assimilation methods, such as banning Beethoven concerts.

But these days the Chinese are slowly learning how to play the White Guilt card against America. In an era when extirpating the vanishing phenomenon of White Privilege obsesses the American establishment, it’s inconceivable that we would take effective steps to Americanize the tens of millions of new Chinese immigrants. Always remember, diversity is our strength! Foreigners are who we are.

So, how American are these One Billion going to be?

“‘In short, Yglesias seems to imply, America must invite the world in order to invade the world.”

The Democrats haven’t dreamed up any strategy for keeping their United States of Diversity from turning into a circular firing squad other than to scream ever harder at white men as the designated scapegoats.

Indeed, one reason for this summer’s mania over whites supposedly oppressing blacks is because blacks vaguely realize that the white man’s days are numbered due to immigration. Once the immigrants take over, nobody will take seriously anymore African-Americans’ sad stories about George Floyd, redlining, and Emmett Till. So blacks had better guilt-trip whites fast into making expensive concessions because the next rulers of America sure aren’t going to fall for black tears.

One phenomenon that is readily apparent in this book is that progressives are getting more ignorant about recent history as their movement has become more obsessed with the white man’s crimes of the increasingly distant past.

For example, in arguing that supply and demand doesn’t apply to immigration economics, Yglesias asserts that the ending of the bracero program for importing Mexican migrant farmworkers in 1964 had no impact on wages. In reality, this liberal triumph (set in motion by Edward R. Murrow’s 1960 Harvest of Shame muckraking documentary) allowed Cesar Chavez’s United Farm Workers union to emerge in 1965 as a potent force for higher wages in California’s fields.

Similarly, Yglesias devotes seven pages to the tedious academic dispute over economist David Card’s study that showed that wages in Miami did not drop after the May 1980 Mariel boat-lift of Cuban refugees into the city increased the labor supply.

But he never mentions what I’ve been rudely pointing out to economists since 2006. Miami simultaneously received one of the most potent economic stimuli ever: the 1980–1984 cocaine trafficking boom made world-famous in Scarface and on Miami Vice. Economic studies require that “all else be equal,” but nothing was ever equal to Miami’s cocaine bubble during Card’s study.

Americans pump out about four times as much carbon emissions per capita as even car-crazy Mexicans, and ten times or more as much as a typical Third Worlder. So if Americans currently contribute 14% of the world’s greenhouse gases, tripling the population through immigration would, if the immigrants assimilate economically, increase global emissions by about 25%, which to Vox readers ought to sound like the end of the world. The author labors mightily but can’t overcome this simple arithmetic.

On the other hand, Yglesias barely deigns to acknowledge that massive immigration would almost certainly worsen inequality, which is why billionaires tend to be so enthusiastic for it.

The better part of One Billion Americans is about how to reverse the declining fertility of American citizens. It’s not as complete as Jonathan V. Last’s 2013 book What to Expect When No One’s Expecting, but offers a good start on the subject.

The total fertility rate for American women was dropping even during the Trump Boom before the pandemic, down to a below replacement rate of 1.72 children per woman in 2018. And yet when asked how many children they’d like to have, women and men both average about 2.6.

Clearly, America is suffering from economic, political, and cultural problems that are keeping Americans from achieving parenthood to the extent that they would prefer.

The most obvious reason American fertility is below replacement level is one that Elizabeth Warren pointed out in her 2003 book The Two-Income Trap: The traditional basics of American middle-class family life—a house with a yard in a satisfactory public school district—have grown increasingly expensive.

Why? Because supply has not kept up with demand. Yglesias has a number of sensible suggestions about how to increase the supply of housing. Indeed, the book would have been more engaging if Yglesias had shared more personal anecdotes. As a normal home-owning husband and father, he’s a good guide to the economic frustrations facing younger Americans.

I would have liked to read even more about his long-running battles with the District of Columbia historic preservation authorities who tried to keep him from installing double-paned windows and solar panels to save on utility bills.

Yglesias says that “My wife and I have one kid and that’s plenty for us.” But I had somehow gotten the impression that he and his wife might want one or two more children, and that the sane parts of his book were motivated by how hard it was proving for even a successful Harvard grad with a certain amount of family money to make it all work in a major city.

For example, when I was a child, all the Jewish kids in the neighborhood went to Los Angeles’ public schools. Now, however, there are an abundance of Jewish private schools because the public schools were overwhelmed by Latinos.

Conversely, at the high end, the University of California is now dominated by high-GPA Asians, which means white parents in Los Angeles tend to pay big bucks for private colleges.

It’s an expensive way to live.

Why does Yglesias want to make the U.S. three times as crowded, especially at a time of infectious pandemic, riots, urban looting, and wildfires?

The most likely reason is that he doesn’t, really, but taking an extremist stance on immigration, calling for an order of magnitude more than the 52 million immigrants expected under Joe Biden’s plan, inoculates him from getting canceled for writing reasonable passages such as:

Having and raising children is an increasingly costly undertaking and the operation of human reproductive biology is a somewhat poor fit for the market economy’s increasing tendency to demand that people extend formal education or job training deeper into their twenties. The idea of taking deliberate action to increase national fertility gives some progressives the willies…

But also, Yglesias just plain likes crowded cities. As he admits on page 256, “I am not personally a nature lover or an outdoorsy person…” He grew up in the six-story housing complex in Greenwich Village that New York University maintains for its professors, such as his father (who moonlighted as a screenwriter).

Human beings tend to imprint upon the landscape they inhabited around puberty, say from age 10 to 15. This is even true for a surprising number of the very rich. Warren Buffett likes Omaha, and Jeff Bezos spends a certain amount of time in barren West Texas, where he summered on his grandparents’ ranch. Michael Jordan has two of his three houses in his home state of North Carolina.

Of course, most Americans did not imprint upon Greenwich Village. They find it a nice place to visit, but wouldn’t want to live there.

Because most people would prefer to live in a place rather like the one they grew up in, just a little nicer, radically transforming the United States with immigration is an act of aggression against their happiness.

So far, Yglesias’ campaign to make all of America more like what he remembers from his urban youth isn’t succeeding, even at home. He recently tweeted that his kindergartener said:

My son just told me that when he grows up he thinks he’ll live in the suburbs because that’s better for when you have kids.