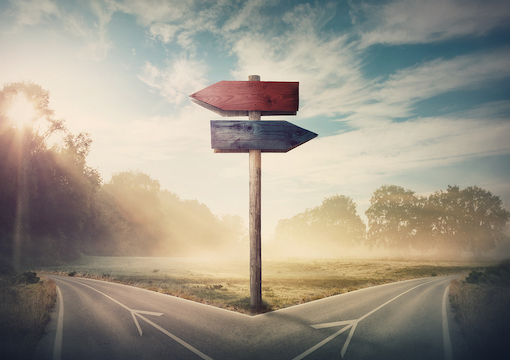 The energetic media tycoon Ezra Klein has a book out titled Why We’re Polarized. Spoiler alert: One reason is because too many people watch Fox News instead of reading Klein’s properties like Vox. Another cause is because somebody imprudently spilled the beans to “white Christians” that they are being demographically doomed to defeat while they still have a chance to do something about it.

The 35-year-old Ezra has long been an impressive leader of men. Way back in 2007 he organized JournoList, a legendary private forum for left-leaning media figures such as “Jeffrey Toobin, Eric Alterman, Paul Krugman, Joe Klein, Matthew Yglesias, and Jonathan Chait.”

In his public job as a Washington Post writer, Klein mastered the important but arcane subject of health care finance. He soon had a staff of eight to keep his Wonkblog up to date.

Like Nate Silver at The New York Times, another journalistic prodigy of the first Obama term, Klein had big plans for his newspaper home, asking for a $10 million stake from the Post. But Jeff Bezos wouldn’t bite, so Ezra went the start-up route, launching Vox in 2014.

Klein’s original idea for Vox of updating old content failed spectacularly. Instead of writing new articles daily, his plan was that Vox staffers would just update their old material, “like a wiki page written by one person with a little attitude.”

I sure had hoped that Ezra’s brainstorm for how us pundits could coast on our laurels would succeed. Not surprisingly, however, it turned out that readers who like the news like their news new.

But entrepreneurs’ initial plans often turn out to be terrible, and the real test is whether the boss can improvise something else on the fly. So Vox successfully became a conventional leftist webzine.

I suspect that when Ezra launched Vox in early 2014, he was expecting there to continue to be a strong market for his kind of wonkish didacticism about the Individual Mandate and the Public Option.

“There’s not much evidence in the tedious Why We’re Polarized that Klein gets the joke.”

Like Silver, Klein peaked during Obama’s first term, when the president was trying to focus on non-racialist issues like health care to keep his supporters’ rising demographic triumphalism under wraps long enough so that he could be reelected.

Not surprisingly, soon after Obama was safely assured of four more years, the gloves came off and our current era of public antiwhite hate, which Klein’s colleague Matthew Yglesias has acidly dubbed “The Great Awokening,” was underway.

Vox soon got swept up in the lowbrow tumult of Obama’s inglorious second term.

For example, consider Vox’s use of the word “whiteness,” which, unless you are writing about the South Pole or laundry bleach, is intended as a racist slur to demean whites. Back in 2014, Vox used “whiteness” only six times, while it used “Obamacare” 122 times.

It’s hard to make money in media these days, but Vox is still around. Which is good for me, because Vox has become a reliable iSteve blog content generator. If I can’t think of anything to say, I can often find an unintentionally amusing Titania McGrath-like headline at Vox, such as:

The Knitting Community Is Reckoning With Racism

I’m an Environmental Journalist, but I Never Write About Overpopulation. Here’s Why.

How a Pseudopenis-Packing Hyena Smashes the Patriarchy’s Assumptions

Western Media Says Hong Kong Protests Are “Clean and Orderly.” Is That Racist?

Whether Ezra likes what Vox has become is hard to say. In an era in which the press is full of the effusions of the unsuccessful lashing out at the happy, Klein is a man whose every undertaking has been blessed by at least some good fortune.

On the other hand, it’s not clear Ezra has noticed.

Whereas Yglesias, the victim of a racist polar bear hunt in 2011, often gives out hints that he understands more than he dares say, Klein comes across as more of a good businessman rather than an insightful intellectual. He has the California entrepreneur’s self-assurance that whatever would be in his personal interest must be true.

Klein’s book Why We’re Polarized isn’t terribly interesting. He’s not a Christopher Caldwell-level prose stylist, nor is he a master of the social sciences like Charles Murray. He wants to appear sympathetic to all sides, but he also doesn’t want to get his fabulous career canceled because he said something interesting.

There’s not much evidence in the tedious Why We’re Polarized that Klein gets the joke. While Yglesias has given his upcoming book on how we need much more immigration the hilariously self-parodying title of One Billion Americans, Klein seems representative of the broad trend among younger Jews toward a growing lack of self-awareness. Ezra is the anti–Larry David, utterly complacent about how his personal identity biases his views.

Klein ethnocentrically emphasizes that his father, a math professor at UC Irvine, was an immigrant, so of course he must be in favor of virtually unlimited immigration:

My father is a Brazilian immigrant, so I care deeply about immigration….

Therefore, he has not done much thinking about whether there could ever be too much of a good thing. Klein recounts triumphantly his argument with Bernie Sanders over immigration:

In 2015, while interviewing Sanders, I asked him about open borders, a policy that many democratic socialists support, even if only aspirationally. Sanders responded with disgust. “Open borders? No, that’s a Koch brothers’ proposal. That’s a right-wing proposal, which says essentially there is no United States. It would make everybody in America poorer.”

But Ezra’s open-borders fetish has won out within the Democratic Party over Sanders’ former patriotic skepticism:

In the 2020 primary, however, Sanders endorsed decriminalizing unauthorized border entry and providing public health insurance to unauthorized immigrants…. Being a national Democrat in 2020 means holding positions on race and immigration that would’ve been considered lethal as recently as 2008.

The good news, according to Klein, is that “white Christians” are being demographically inundated in what Ezra calls the Browning of America.

The bad news, according to Ezra, is that some whites have started to notice the fate that is being prepared for them, and thus they voted for Trump. Klein says that the media should try harder to mislead white Christians about demographic change so that they don’t see it coming until it’s too late for them to do anything about it:

As we navigate these sensitivities, we can do so with more or less care. [Jennifer] Richeson believes it would be wise for demographers to stop using terms like “majority-minority America”—after all, whites will still be a plurality and what good can come of framing America’s trajectory in a way that leaves the single largest group feeling maximally threatened? It sounds like “a force of nonwhite people who are coming and they are working as a coalition to overturn white people and whiteness,” Richeson says. “That’s a problem.”

Yet of course, as Ezra makes clear throughout his book, that’s not just a problem, that’s also the plan.

Ezra points out that if you simply lie to whites about what you are plotting, many of them will foolishly believe you:

Richeson’s research shows that if you can add reassurances to discussions of demographic change—telling people, for instance, that the shifts are unlikely to upend existing power or economic arrangements—the sense of threat, and the tilt toward racial and political conservatism, vanishes.

But, Klein and Professor Richeson conclude, with regret, you can’t fool all the white Christians all the time:

The problem, she admits, is “we can’t say, ‘Don’t worry, white people, you’ll be okay and you’ll get to run everything forever!’”

Why We’re Polarized never gets around to pondering what will hold America together once the Democrats’ Coalition of the Fringes has attained permanent hegemony.

The only plausible answer that anybody has been able to come up with is to continue to foster a unifying hatred of core Americans. Hence, Klein concludes by lamenting the villainy of America’s founders:

If you want a vision of the future, imagine a drag queen of color’s stiletto heel stamping on a straight white male face—forever.