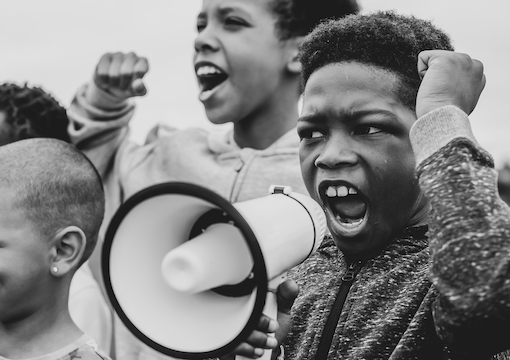 A couple of heavyweight conservative thinkers, Charles Murray and Christopher Caldwell, have important new books out this month: Murray’s upcoming Human Diversity: The Biology of Gender, Race, and Class and Caldwell’s The Age of Entitlement: America Since the Sixties.

Caldwell, a distinguished prose stylist, is immensely quotable…except for his new book’s name. I presume The Age of Entitlement is intended as a Voltairean pun on “the Age of Enlightenment” in the manner of his 2009 title Reflections on the Revolution in Europe: Immigration, Islam, and the West and its Burkean riff on Reflections on the Revolution in France. Unfortunately, the moniker The Age of Entitlement gives the vague impression that it’s going to be another snooze from the deep root-canal school of economics about the Social Security trust fund or whatever.

Instead, The Age of Entitlement is an explosive rethinking of history since JFK’s assassination that comes to the reactionary conclusion that the only salvation for American conservatism is to repeal the sainted 1964 Civil Rights Act and restore the constitutional right to freedom of association.

This is a striking judgment for Caldwell, a sober and cultured (I can recall a 1992 conversation with him about how to properly pronounce “Nabokov”) thinker, to arrive at; his career has been largely spent writing for the respectable right, such as the Financial Times, the late Weekly Standard, and The Wall Street Journal.

In contrast, I’ve never felt any regard for the long-gone Jim Crow era, which I’ve always found almost Hindu-like in its grotesque caste rules. I’ve always sympathized with the Southern whites of the 1960s who wanted to put Jim Crow in their rearview mirror and get on with joining modern America. As a Californian who grew up around East Asians and Latinos as well as blacks, 21st-century America’s obsession with seeing everything as black and white, instead of from a more informative multiracial perspective, seems to me like some primitive relic from the Southern past.

“The War on Racism slowly but inevitably became the War of Racism, with whites as the designated racial inferiors.”

Instead, I have always pointed to civil rights going wrong later than 1964, in roughly the 1969–1978 era: the Nixon administration introducing race quotas in 1969; the 1971 Griggs Supreme Court case unveiling the concept of disparate impact discrimination; and the 1978 Bakke decision that, out of the blue, sanctified diversity as America’s new highest value.

This is not to imply that Caldwell wants to go back to Jim Crow, just that, much as Burke did a better job in 1790 of forecasting the course of the French Revolution, he finds that the old Southern critics of the new order foresaw the implications of the civil rights revolution more clearly than did its advocates:

Those who opposed the legislation proved wiser about its consequences than those who sponsored it…. A measure that had been intended to normalize American culture and cure the gothic paranoia of the Southern racial imagination has instead wound up nationalizing Southerners’ obsession with race and violence.

In the prevailing culture, whiteness was a lower spiritual state, associated with moral unfitness and shame, and it was hereditary. Whiteness was a “bloody heirloom,” as [Ta-Nehisi] Coates wrote….

…what had seemed in 1964 to be merely an ambitious reform revealed itself to have been something more. The changes of the 1960s, with civil rights at their core, were not just a major new element in the Constitution. They were a rival constitution, with which the original one was frequently incompatible…. Much of what we have called “polarization” or “incivility” in recent years is something more grave—it is the disagreement over which of the two constitutions shall prevail: the de jure constitution of 1788, with all the traditional forms of jurisprudential legitimacy and centuries of American culture behind it; or the de facto constitution of 1964, which lacks this traditional kind of legitimacy but commands the near-unanimous endorsements of judicial elites and civic educators and the passionate allegiance of those who received it as a liberation.

The author notes that the two parties now consisted of the winners (Democrats) and losers (Republicans) from the new quasi-constitution imposed in the 1960s:

The Democrats were the party of those who benefited: not just racial minorities but sexual minorities, immigrants, women, government employees, lawyers—and all people sophisticated enough to be in a position to design, run, or analyze new systems. This collection of minorities could, with discipline, be bundled into an electoral majority, but that was not, strictly speaking, necessary…. Sympathetic regulators, judges, and attorneys took up the task of transferring as many prerogatives as possible from the majority to various minorities.

That’s why in November 2000 I recommended that Republicans not bother with Karl Rove’s plan to try to turn Mexicans into Republicans but instead focus on working-class whites in crucial states like Wisconsin, Michigan, and Pennsylvania—a strategy that proved effective in 2016.

Those who lost the most from the new rights-based politics were white men. The laws of the 1960s may not have been designed explicitly to harm them, but they were gradually altered to help everyone but them, which is the same thing…and because the moral narrative of civil rights required that they be cast as the villains of their country’s history. They fell asleep thinking of themselves as the people who had built this country and woke up to find themselves occupying the bottom rung of an official hierarchy of races.

Caldwell argues that racial preferences and politically correct censorship are not perversions of the Civil Rights Act of 1964, as optimists like myself have long argued, but logical concomitants:

…affirmative action and political correctness…had ceased to be temporary expedients. They were essential parts of this new constitutional structure, meant to shore it up where it was impotent or self-contradictory, in the way that Chief Justice John Marshall’s invention of judicial review in Marbury v. Madison (1801) had been a shoring-up of the first constitution.

To Caldwell, privatized censorship, also known as political correctness, was:

…an institutional innovation. It grew directly out of civil rights law. Just as affirmative action in universities and corporations had privatized the enforcement of integration, the fear of litigation privatized the suppression of disagreement, or even of speculation. The government would not need to punish directly the people who dissented from its doctrines. Boards of directors and boards of trustees, fearing lawsuits, would do that.

“Political correctness” was a name for the cultural effects of the basic enforcement powers of civil rights laws…. Reagan had won conservatives over to the idea that “business” was the innocent opposite of overweening “government.” So what were conservatives supposed to do now that businesses were the hammer of civil rights enforcement, in the forefront of advancing both affirmative action and political correctness?

It’s hard to deny that Caldwell is onto something here as the most absurd progressive causes reliably triumph in the long run:

Once social issues could be cast as battles over civil rights, Republicans would lose 100 percent of the time. The agenda of “diversity” advanced when its proponents won elections and when they lost them.

The wildest utopian suggestions of the “radicals” turned out to be only the smallest down payment on the system-overturning change they would eventually get….

All institutions were now under the purview of the civil rights laws. Aggrieved minorities no one had considered in 1964 had a mysterious set of passwords and procedures that would require government and business to drop everything and respond to their demands.

Thus by 2016 the NBA, of all institutions, went to the mat to force the state of North Carolina to allow a handful of mentally ill grown men to shower in women’s locker rooms.

Most terrifyingly, the conventional wisdom from about the time Mexican monopolist Carlos Slim bailed out The New York Times in 2009 has drifted toward the notion that the world’s 7 billion non-Americans deserve the civil right to move to America, and only un-Americans (who are “not who we are” as Obama would taunt) would dare oppose that.

Caldwell offers cold comfort to anti-racist citizenist conservatives like myself:

Republicans and others who may have been uneasy that the constitutional baby had been thrown out with the segregationist bathwater consoled themselves with a myth: The “good” civil rights movement that the martyred Martin Luther King, Jr., had pursued in the 1960s had, they said, been “hijacked” in the 1970s by a “radical” one of affirmative action, with its quotas and diktats…. None of that was true. Affirmative action and political correctness were the twin pillars of the second constitution. They were what civil rights was.

Moreover, conservatives can’t even count anymore on at least having the majority of citizens on their side when they lose in the courts, agencies, and boardrooms on issues of Diversity – Inclusion – Equity:

A Tomorrow-Belongs-to-Me tone crept into many descriptions of American demographic change. The torch had been passed to a new generation of Americans, who had a message to convey to their elders. The message was: Die.

The War on Racism slowly but inevitably became the War of Racism, with whites as the designated racial inferiors:

It turns out to be a difficult and unnatural thing to replace a system of prejudice with a system of real equality and respect. It’s a lot to ask of people. As Friedrich Nietzsche understood, it is far easier, for both former perpetrators and former victims alike, simply to transvalue the prejudices—so you wind up with the old world turned upside down.

While Caldwell’s book is rather despair-inducing, it’s worth pointing out that even a constitutional crisis might have a judicial solution. The post-1964 regime is based on rather obvious lies and libels. Hence, it’s imaginable that intelligent and resolute Supreme Court justices and their clerks could bravely find a resolution that doesn’t take us back to Jim Crow but instead extends the current protections against racist oppression by the majority to the coming white minority.