A Plague of White Submissiveness 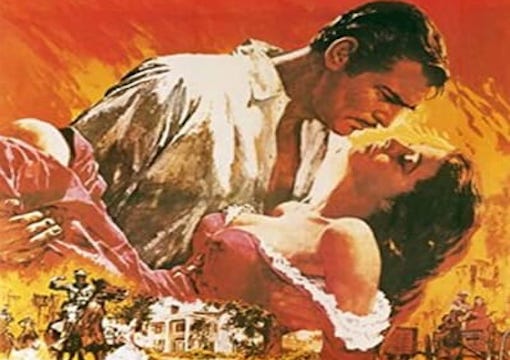 Gone With the Wind

A strange thing happened on Saturday in Carey, North Carolina. During Black Lives Matter demonstrations, a group of white people, including police officers, cleaned the feet of black religious leaders and protest organizers, while offering a prayer repenting for the sins inflicted on black people. In the video, there’s a man with a megaphone leading the prayer; he also asks for forgiveness for the enslavement, mistreatment, and oppression of blacks.

All that, you might say, over the murder of George Floyd? Yes, and there’s a lot more, including the purging of the past.

“Activists and organizers and people who are part of these racial-justice movements, including young white people, recognize that we can’t change policing in America until we change the culture of America, and the culture of America has been deeply steeped in white supremacist celebration and racist norms, of which Confederate monuments are the most visible symbols,” says Khalil Gibran Muhammad, professor of history, race, and public policy at Harvard University.

So runs expert progressive opinion, and accordingly, the U.S. Marine Corps announced a ban on all images of the Confederate flag last Friday, and on Thursday morning, a statue of a Texas Ranger at Dallas Love Field Airport was removed after a reexamination of the Ranger’s “racist history.” On Tuesday night, protesters toppled a statue of Christopher Columbus in Richmond, set it on fire, and rolled it into a lake. The protesters left a message reading “Columbus represents genocide.” In Richmond on Saturday, protesters toppled a statue of Confederate Gen. Williams Carter Wickham.

On June 4, Virginia governor Ralph Northam announced that Richmond’s largest Confederate statue will be removed—one among the many statues in honor of the Confederacy that are being taken down in cities across the U.S. For more and more, white people are submitting to the left, and evidencing a hostility to their own heritage.

“More and more, white people are submitting to the left, and evidencing a hostility to their own heritage. ”

Statues have already been removed in Alexandria and a slave auction block was removed in Fredericksburg, Va., on June 5.

Early Monday, Louisville, Ky., officials removed a statue of John Breckinridge Castleman, a Confederate officer. The city had been fighting the state for two years to remove the statue, and on Friday a Jefferson Circuit Court judge sided with the city.

In Nashville on Thursday, the Montgomery Bell Academy promised to remove a statue of Sam Davis, a Confederate soldier, within a week after an alum of the school began a petition.

Even NASCAR has banned the Confederate flag at its events, saying in a statement:

The presence of the confederate flag at NASCAR events runs contrary to our commitment to providing a welcoming and inclusive environment for all fans, our competitors and our industry. Bringing people together around a love for racing and the community that it creates is what makes our fans and sport special. The display of the confederate flag will be prohibited from all NASCAR events and properties.

On Monday, the filmmaker John Ridley wrote an op-ed in The Los Angeles Times urging HBO Max to remove Gone With the Wind from its streaming library. “It is a film that glorifies the antebellum south,” wrote Ridley, who won an Oscar for the 12 Years a Slave screenplay. “It is a film that, when it is not ignoring the horrors of slavery, pauses only to perpetuate some of the most painful stereotypes of people of color.”

On Tuesday night, HBO Max temporarily pulled the film from its catalog, citing the need for “an explanation and a denouncement” of the movie’s depictions of race relations.

New Orleans Saints quarterback Drew Brees recently expressed his patriotic disagreement with those NFL players who chose to kneel or sit during the national anthem. “I will never agree with anybody disrespecting the flag of the United States of America or our country,” he said. “Is everything right with our country right now? No, it is not. We still have a long way to go. But I think what you do by standing there and showing respect to the flag with your hand over your heart, is it shows unity. It shows that we are all in this together, we can all do better and that we are all part of the solution.”

Having been fiercely criticized for his comments, Brees said in the video apology he promptly posted:

I know there’s not much I can say that would make things any better right now, but I just want you to see in my eyes how sorry I am for the comments that I made yesterday. I know that it hurt many people, especially friends, teammates, former teammates, loved ones, people that I care and respect deeply. That was never my intention.

I wish I would have laid out what was on my heart in regards to the George Floyd murder, Ahmaud Arbery, the years and years of social injustice, police brutality and the need for so much reform and change in regards to legislation and so many other things to bring equality to our black communities.

I am sorry. And I will do better. And I will be part of the solution. And I am your ally. And I know no words will do that justice.

Brees’ apology is all too predictable, an example of the eagerness of whites to submit to the left. There is indeed a kind of plague of white submissiveness afflicting the country today. Often the white people are well-meaning, like Brees, but they are nonetheless naive for that, and dangerous insofar as they seek to appease the left, as opposed to holding their own ground. We see the white submissiveness in the examples I have given, and given the hysteria that has swept over so many people, we can expect to see a lot more of it in the future.