A Reaffirmation of Hierarchy 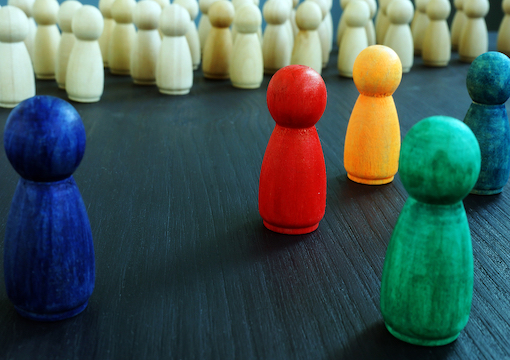 In “Who Wants to Play the Status Game?,” her Jan. 16 column at The Point, Agnes Callard, an academic philosopher at the University of Chicago, makes some interesting observations and claims. Like doctors, lawyers, and indeed the entire range of ambitious human beings, academics often find it difficult to tolerate the next fellow’s social distinction and the egotism that accompanies it. “‘Look at me,’” said Bertrand Russell, who was not a very modest man, “is one of the most fundamental desires of the human heart.” But having looked at you who are so special, others may be filled with envy and resentment, nor is there anything human psychology loathes more than the judgment (especially when it’s accurate): “That person is better than me.” Hence the need for certain leveling games that serve as a kind of indispensable moral (or pseudo-moral) social glue.

And yet, even here egotism, that stubborn and insidious thing, has a way of creeping in. Callard writes:

The most adroit players are always finding new ways to mix it up, so the successful lighten their self-importance by emphasizing the struggles they face or their humble origins; likewise, you can add zest to the Leveling Game by finding ways to turn empathy into a status battleground. This is what the game of competitive wokeness is all about. In an academic context, I’ve noticed that complaining about how busy one is hits a sweet spot of oppression—I cannot manage my life!—and importance—because I am so in demand! When you’re playing with a master, it can be hard to tell which game you’re in.

Exuberant truths, these, and seeing all that academics must endure, there is surely no such thing as too much paid leave, despite the professoriate’s fondness for having “dialogues.” Elsewhere in her column Agnes writes of “fishing for empathy,” which, like “the Leveling Game,” consists of pretending to be oppressed so as to tolerate fellow egotists, who, like children on the playground, don’t always think your toys are cool, too.

“What makes you valuable?” Callard asks. “One answer is: the fact that you are a person. This way of answering rests on the thought that all people are equally worthy: value is something you get for free, by being a certain kind of creature.”

Callard omits to mention that the view that “all people are equally worthy” derives from Christianity, namely, from the belief that everyone has intrinsic dignity. Nor is it obvious that this version of moral egalitarianism, albeit an article of faith among progressives (who generally seem content to overlook its historical origin), is valid outside of a Christian context. No wonder it’s been a challenge for modern philosophy to justify moral egalitarianism on a secular basis.

For Immanuel Kant, Callard notes, “being capable of rational agency gives you dignity—it makes you an incomparable source of moral worth, irrespective of anything else that might be true of you.” Yet Kant’s position may be problematic. There’s an ongoing debate as to whether rational, morally directed behavior is specific to human beings. It’s found, some think, in certain nonhuman animals as well. If rational agency is not uniquely human, Kant’s position would seem to be mere prejudice.

To be sure, though, a contemporary Kantian, convinced (pace the master) that his beloved dog is a rational moral agent, may wish to regard the creature as a member the “moral community.” After all, Kantians long ago welcomed feminists in like fashion, as I understand from some philosophic acquaintances. But what about people who are not capable of rational agency? Are they therefore devoid of moral worth? Do they have less of it than their morally rational counterparts? I can say, looking back on the last few weeks of my late mother’s life, that though she no longer seemed to be a rational moral agent, she was not for that reason any less valuable, to me. Rather, the closer she came to death, the more I was aware of her singular and irreplaceable status in my life.

“The current liberal conception of equality, which elevates the middling and even the base, has had its dismal day.”

Still another problem concerns children. As Jean Piaget’s work showed, children develop moral ideas in stages; they are not rational agents ab initio. What, then, of their worth?

The categorial imperative smells a bit cruel, said Nietzsche, and the Kantian conception of dignity, having failed the test of human experience itself, does as well. According to Schopenhauer, Kant’s philosophy is like a man who spends an evening at a ball dancing with a masked lady, whose identity is the Christian religion. Faced with religious skepticism and the limits of reason as he understood them, Kant sought a way to preserve some notion of moral egalitarianism, and being a philosopher, he unsurprisingly did so by assigning a special value to rationality. Like countless other liberals, Callard is essentially trying to carry on a Christian project, albeit not explicitly.

Callard explains another popular conception of what makes people valuable: “You have exercised your agency, choice and capacities in such a way as to make yourself (especially) valuable.” And she reflects:

These…[are] two very different conceptions of what it means to speak of the fundamental worth of a human being….

There is a philosophical conundrum at the root of all this: morality requires we maintain a safety net at the bottom that catches everyone—the alternative is simply inhumane—but we also need an aspirational target at the top, so as to inspire us to excellence, creativity and accomplishment. In other words, we need worth to come for free, and we also need it to be acquirable. And no philosopher—not Kant, not Aristotle, not Nietzsche, not I—has yet figured out how to construct a moral theory that allows us to say both of those things.

In general, in philosophical argumentation, one should be careful about using “we,” and it’s so here. As with the status anxieties that I quoted at the beginning of this essay, Callard has described “a philosophical conundrum” faced by liberals, not conservatives or libertarians, who are not ideologically committed to liberal confusion and its attendant psychological pains. Certainly, equality before the law is a desideratum. If it’s wrong, and therefore illegal, to rob, cheat, steal, and so forth, then that is so independent of your personal identity, valued characteristics, and anything else that makes you you.

But here a better concept than equality, it seems to me, would be legal fairness, which I touched on in my Feb. 14 column. Legal fairness is perfectly consistent with and indeed justified by natural right. Natural right—a negative concept, the antithesis of a positive presumption to rule one—itself is justified by the simple truth that no person can rightly rule another against his will. To maintain the converse is to imply that others have a positive right to rule a person against his will, as if it followed from the mere fact of one’s existence that others are one’s masters, and he, their slave. We should never forget that even with all the force in the world, government is still just other people, who are not ipso facto anyone’s masters.

Legal fairness does not depend on a theological idea of intrinsic worth, being, as it were, justifiable empirically. Legal fairness is to be distinguished from equality in the sense of equal worth, a sense that, outside of legal contexts, is a source of constant unnecessary leveling. Now, while legal fairness is necessary to social order, it doesn’t follow that all people are of equal worth in domains that have nothing to do with legal fairness. Callard, however, has accepted a binary that is not the case. She values “excellence,” but surely she wouldn’t say, in order to preserve a shared, underlying sense of moral worth, that her students are the philosophical equals of the great figures she references, for the claim would be incoherent, like saying that “everyone is equally valuable” at doing philosophy. (If value is not comparative, then it’s unintelligible.) Nor does distinguishing degrees of merit in doing philosophy require her to abandon a commitment to legal fairness.

What about the value judgment, accepted by Plato, Aristotle, Nietzsche, and other “elitists,” that the life of a philosopher is superior to that of non-philosophers? Well, something like “free moral worth” would seem to be comprehended by legal fairness, a concept which presupposes that everyone merits equality before the law, something that is necessary for social order. And it’s not clear that this value is in opposition to “acquirable moral worth,” or to the value judgment that the life of a philosopher is superior to that of non-philosophers. If we accept the concept of legal fairness, it doesn’t follow that we can’t rightly make judgments about the comparative value of people in certain respects, or about their ultimate value as people (insofar as, say, living the philosophical life might define that value, for some). If we think that everyone has intrinsic worth, then that worth remains even if we want to make a judgment concerning his value in a certain respect, or a judgment concerning his ultimate value.

True, a Nietzschean might say that morality, and the state, and human life itself should all aim at the production of great men. But this position need not be taken so far as to undermine universal legal fairness, even though Nietzsche himself might have done so. One can believe that the lives of Beethoven and of Goethe—to take two of Nietzsche’s own examples of great men—were superior in value to those of most people without claiming that such men, because they were superior, should have been exempt from the requirements of legal fairness: not robbing, cheating, stealing, and so forth.

The truth, I think, is that for psychological reasons, liberals like Callard are simply anxious about value judgments as such. They are not comfortable, at least not all of the time, with some people being more worthy of honor in this or that domain than the non-excellent or the less excellent. So they confound legal fairness with the view that all people are equal in some vague ultimate sense (and it’s just here that we can detect their Christian ideological inheritance). As a result, it becomes wrong to say, for instance, “William Empson is a greater literary critic than Stephen Greenblatt.” Such confusion is unfortunate. To her credit, Callard, it seems, wants to protect a higher notion of value from the leveling to which she may feel motivated by sympathy for the weak and/or the less valued. That sympathy, however, can be realized by charity, leaving the noble aspiration to achieving excellence, which has never been so threatened in our society, happily intact.

According to Callard, “morality requires we maintain a safety net at the bottom that catches everyone—the alternative is simply inhumane.” She also rightly observes that although it may be ignored, the desire to matter in the eyes of others will assert itself in any event. Nevertheless, the desire for recognition is something different from Callard’s claim about the necessity of maintaining “a safety net,” and if, like Callard, you think a “safety net” is needed, then you needn’t reject hierarchy or value judgments about merit and worth. Nor do you have to be anxious concerning these things. And this is very good news since the current liberal conception of equality, which elevates the middling and even the base, has had its dismal day. It is time for a reaffirmation of hierarchy, for the right to advance its characteristic, illiberal virtue.