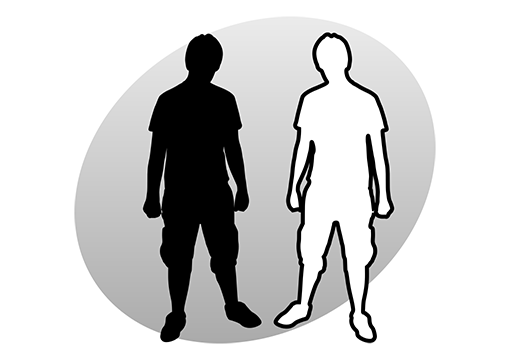 The 1977 ABC miniseries Roots—despite its slew of historical inaccuracies and outright fabrications—injected lethal doses of guilt into white America’s collective unconscious when it first aired. But over 40 years later, its main narrative remains welded into the public consciousness: There has been a lot of suffering in America, all of it perpetrated by whites and all of it suffered by blacks.

American whites have heard this narrative their whole lives. This nuance-free reading of history, with one side purely evil and the other purely good, has escalated in severity over the years. Many, if not most, American whites have even internalized it. But it has not been their experience. At all.

Their entire lives they’ve been told who they are, and they know it’s not true. It may have been true 100 years ago—at least for the whites who weren’t dying on the battlefield or getting blasted to bits in coal-mine explosions—but it has never been true for a moment of their lives. They have never known the slightest taste of the “white privilege” they’ve been accused of enjoying. The only identity allowed to them is one of self-abnegation and shame. In fact, “allowed” is too gentle a term—this identity is being forced on them.

I suspect this force-fed guilt may backfire in spectacular fashion.

Roots came in eight episodes lasting a total of nine hours and thirty-six minutes. Despite the fact that if its narrative had been aimed at any other demographic besides whites it would currently be categorized and banned as “hate speech,” I encourage all white Americans to watch it, if only to get a glimpse at the lopsided defamation their ilk has been receiving for generations now.

Then—as an interesting little experiment—I’d encourage all white Americans to watch nine hours and thirty-six minutes of handheld video from the ongoing riots that depict black mobs beating the ever-living fuck out of white people from coast to coast and overseas.

Force their eyelids to remain open Clockwork Orange-style for nearly ten hours and make them look at all the misspelled calls for white genocide. Have them look at video after video of bloodthirsty black mobs torturing white people for no other crime than being white—and laughing while they do it. Force them to stare at white people so thoroughly demoralized that they throw screaming fits at the mere possibility of publicly being outed as a “racist.” Force them to observe how UC Berkeley recently issued a statement acknowledging that, yes, OK, sure, a white student was recently murdered, but “many of us” are too busy mourning the far more important black deaths that occurred thousands of miles from campus to really care about that dead white boy.

“The new white identity will revolve around modern reality and not TV movies about the 1850s.”

How will they be able to deny that what’s going on right here and right now is easily as cruel and systematic as anything depicted in Roots?

There are so many of these videos. And so many people I know tell me they can’t watch them anymore. It’s too sickening. But they also feel helpless. And hopeless. And that’s not encouraging when a war is being waged against you.

They know they’re not what they’ve been told they are. They also know that if they speak up, they will be dogpiled.

When I was a kid, being white was all about expansion and pride. We ruled the world, and the last emotional response to this fact that would possibly occur to us would be guilt or shame.

Now, being white is all about retreat and apology.

The problem with retreating, though, is that you eventually run out of space. You run smack-dab into a wall or a mountain, and then you have to turn around and face what you’ve been fleeing.

There are now entire generations of whites who’ve only known the “privilege” of being blamed for all the evil throughout world history.

Sooner or later, most whites will be able to clearly see the difference between Picture A and Picture B, between what they’re told is going on and what they can see is going on.

Actually, I think we’ve reached this point. The only thing that remains uncertain is how many white people will feel brave enough to start publicly mentioning the glaring disparities between Picture A and Picture B.

Few things enrage me more than realizing someone’s been exploiting my good faith by lying to me. That’s what was at the center of my “transformation” around 30 years ago, when I realized that if the narrative was truly about tolerance, they’d tolerate white people just as well as they embrace everyone else.

White Americans have endured a systematic program of brainwashing that would have alarmed Orwell. They’ve watched how double standards have copulated, breeding quadruple and octuple standards. They’ve been forced to embrace a world that is obviously upside-down, because they know if they open their mouths, their teeth will get kicked out.

But what happens if you remain silent but get kicked in the teeth anyway?

People, especially in groups, have a tremendous capacity for self-deception, but it’s not limitless.

What’s wrong with wanting to live in a world that is friendly to the very idea of your existence?

What’s wrong with objecting to a world that blames you for everything that’s wrong in it?

And how do any of these simple questions qualify as “extremism”?

When in history has a majority population allowed this to be done to themselves? What does it say about the mental condition of white Americans that the moment in their history when they are least likely to attack and demean blacks is also the time when they are most convinced that white-on-black attacks are out of control? If white people were remotely as nasty as they say, would they have cowered and just let all this happen?

Forced tolerance ends when they smack you in the head with a brick.

It all ends when they rape your daughter.

It all ends when they take your job.

It all ends when they burn your house down.

What happens when modern whites realize they are guilty of nothing and are the sole victims of organized modern racial hatred?

There are some white people afflicted with what I diagnosed years ago as “Passover Syndrome.” They’re stuck in some inverted-guilt loop where the worse they feel about who they are, the better they feel about themselves. They’ve deluded themselves into thinking that all their virtue-signaling will somehow magically make nonwhites see them as allies rather than as racial enemies. I don’t think, as some suggest, that whites carry some altruism gene that will prove to be their undoing. I believe it’s the cumulative effect of propaganda, psychological terror, and demographic bullying.

The white people who think all this is headed anywhere good are the biggest fools in world history. Let them fall off the cliff that remains after they’ve sandblasted the faces off Mount Rushmore. If they’re actually swallowing the nonsense that’s been shoveled down their throats, I won’t shed a tear when they wind up choking on it.

I see something absolutely psychopathic in the face of Robin DiAngelo, author of White Fragility. Her face looks as if it’s about to crack and fall to pieces at any moment. Miss DiAngelo certainly looks fragile, so I suspect she’s projecting.

But as things get worse, white fragility will turn to white hostility. Not everyone is as weak and willing to capitulate as the world’s traitorous Barbara DiAngelos.

Whether or not you’re dumb enough to believe race is a social construct, you should at least be wise enough to realize that white people are easy to pick out of a crowd. It doesn’t matter if you think you’re on the “other” side—your skin color marks and tags you as white. An identity has been forced on you. Groucho Marx said he’d never join a club that would have him as a member. But no white person has a choice about belonging to this club—their membership is tattooed on every square inch of their skin.

Black identity was formed by outsiders by constant persecution. So was Zionism. And the new white identity will be formed the same way. By necessity, whites will bond based on a common shared experience of being demonized. People who weren’t remotely “racist” a year ago now realize they’re being targeted.

White people will finally discard the ancient Roots stereotypes and realize their new reality is encapsulated by all the handheld video beatings that blacks administer to whites and post on World Star Hip Hop. A new identity will be formed not on what they’re being told about the past, but what they’ve witnessed with their own eyes.

Suddenly whites are realizing that this whole “anti-whiteness” thing is reality—almost enshrined into law at this point—rather than a cockamamie conspiracy theory.

In fact, they’re realizing the true wacky conspiracy theory is the idea that white people are conspiring AT ALL about ANYTHING. There is no demographic in America that is more hopelessly fractured and at war with itself than white America.

But now they have a common bond, one that can’t be splintered by squabbles about nationality or religion or ideology. They are white whether they like it or not, and people are gunning for them.

The new white identity will revolve around modern reality and not TV movies about the 1850s. It won’t be about guilt this time around. It’ll be about being guilt-tripped. It won’t be about hurting others; it’ll be focused on the “white wounding” that others are openly encouraging.

There comes a point where your brain explodes and you can no longer expend the energy to pretend that what they’re telling you is true.

Today’s whites, ye sluggards, aren’t “waking” up so much as they’re having cold water poured on them while someone bangs on pots and pans until they’re forcibly ripped from slumber’s bliss.

This is all going to create a whole new breed of white people, though.

The avowed enemies of All Things White seem to suffer the delusion that they’ve already tattooed a permanent fatal stigma onto the soul of white folks.

In reality, they may have given them a much-needed gift.