A Civilization Steeped in Dishonesty 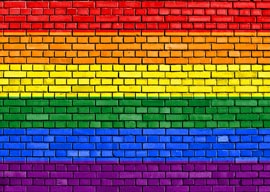 [Scene:  A bakery store somewhere in the U.S.A.]

Customer:  “Great.  My partner and I are getting married.  We need a cake for the reception.”

Clerk:  “Then I”m sorry, we can”t do it.  We belong to a religious group that teaches it’s wrong to promote homosexuality.”

Customer:  “Oh.  Is there another baker nearby I could try?”

Clerk:  “Sure.  Foster’s on Main Street.  Three blocks that way, hang a left, one more block, next to Starbucks.”

Does that sound to you like a cordial exchange between sensible adult citizens of a sane nation, exercising ordinary liberties of belief, association, and sexual orientation?

You couldn”t be more wrong.  What I have portrayed there is an act of HATE, in which a PERSON OF PRIVILEGE hatefully DISRESPECTS a member of a HISTORICALLY OPPRESSED minority, for the hateful purpose of hatefully maintaining the hateful structure of BIGOTRY and OPPRESSION.

“The campaign is aggressive, malicious, and socially destructive in intent.”

Please don”t panic, though.  That little scene was not played out anywhere in the actual U.S.A. of today, but in a bizarro U.S.A.”a weird place that is entirely the product of my own wild imagination.

“Thank goodness!” I hear you cry.  Let’s give thanks indeed that such wanton, hateful acts of overt bigotry have been banished from this Republic!

I am of course being facetious.  The bakery-store exchange I made up just there is the way things would be if the U.S.A. had not lost its mind.  As evidence that we have, in fact gone collectively round the bend”that we are now certifiably cuckoo, meshuggah, unhinged, out to lunch, and not quite sixteen annas to the rupee”I offer you the unsightly flap over Indiana’s Religious Freedom Law.

The intent behind the law was unexceptionable:  another attempt, one of innumerably many in the U.S.A.’s jurisprudential history, to define the precise boundary between government interest and religious liberty.

It’s a nontrivial issue.  Should Mormons be allowed to contract polygamous marriages?  Should aboriginal Americans and Rastafarians be allowed to use “controlled substances” in their rites?  Should halal butchers be permitted to kill animals without stunning them first?  Plainly there is some point at which the government has an overriding interest”a point well this side of human sacrifice.

Who gets to define that point?  In this Republic, our legislators do.  Which legislators, though?  The U.S. Congress passed a law in 1993 defining where the federal government’s interest might override religious liberty, but left the issue at the state level ambiguous.  Several states passed laws of their own to plug the gap.

Indiana’s legislature was spurred to action by the Hobby Lobby case, decided last June by the Supreme Court.  For religious reasons, the Hobby Lobby chain of craft stores did not want to include contraception coverage in employee health insurance plans. Interpreting that 1993 law, the Court ruled narrowly in their favor, with many qualifications.  Following that, Indiana decided they needed a clarifying law of their own, so they passed one.

All good basic democratic procedure, free citizens through their elected representatives deciding where to draw necessary lines; but also, unfortunately, an opportunity for the Homintern to launch another attack on normal life.

Homosexual activists have for some time been conducting an organized campaign to hunt down and intimidate small businesses whose owners, for religious reasons, decline to help promote homosexual marriage.  Bakers in Colorado and Oregon, and a florist in Washington State, have been targeted for financial destruction through lawsuits.

The campaign is aggressive, malicious, and socially destructive in intent.  Its long-term aim is to destroy the civility and common understanding on display there in my imaginary bakery store.  The population then atomized and distrustful will be easy for power elites to control.

Although, looking at what I just wrote, it’s hard not to think that the long term is already here.  Easy to control?  Well, the U.S. population at large is not yet a fluffy trained poodle.  Forty-two percent of us still object to homosexual marriage, and thirteen states still ban it.  Among our social leaders, though, there is not a voice that dares speak against it.