A Dead Lion Brings Out the Left in the Right 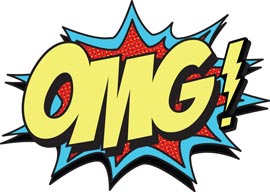 More and more, the Internet is becoming as predictable as the plot of a Michael Bay film. Every new social-media “outrage” is inevitably followed by “counter-outrage” (i.e., outrage about the outrage). There’s no way to predict what each new outrage of the week will be (a police shooting, a supervillainous flag, a talentless music bimbo licking a doughnut, an over-the-hill wrestler with man-tits saying “nigger”), but the counter-outrage is always quite predictable: Ideologues who feel shut out of the current outrage express outrage that so much outrage is being directed toward an outrage that they consider minor compared with the major outrage that really does matter, which just so happens (coincidentally) to be their favorite pet issue.

The Cecil the lion story (and if you don”t know what that is, please explain to me how you got on Takimag with no Internet access) was last week’s “greatest outrage ever.” And I have to confess”I was one of the outraged. I consider people who hunt and kill animals for fun and self-esteem to be sick in the head. That’s a purely subjective judgment, and one I neither ask nor expect you to share. I don”t proselytize, but if it comes up, that’s my opinion. I found the slaughter of that beautiful lion appalling, and I have no sympathy for Walter Palmer, the canned-hunt-loving dentist currently in hiding. I”ll admit, I “profile” humans who have a pleasure center in their brain that is connected to the infliction of pain and death on animals. Maybe that makes me a bigot; maybe I”m a trophyhunterphobe.

For the record, I”m as far from a hippie-dippy vegetarian as a person can be, and I have no problem with folks who hunt for food or who work in slaughterhouses. My beef is with people who take pleasure in killing animals. The ones who get off on it, the ones who think they can only prove their manhood by shooting an animal. Imagine my surprise when last week I found out that, according to some prominent conservatives, my outrage over Cecil the lion’s killing makes me a mushy-headed leftist.

“Imagine my surprise when last week I found out that, according to some prominent conservatives, my outrage over Cecil the lion’s killing makes me a mushy-headed leftist.”

Let’s start with that “fruity little Super Adventure Club” (acknowledgments to South Park): trophy hunters. They took to the press last week to defend their “hobby” and to demand that the press and the public use the official, approved euphemisms when speaking of their noble blood sport. It’s not “killed,” it’s “taken.” It’s not “lured,” it’s “baited.” It’s not “skinned,” it’s “field dressed.” On Thursday, conservative author and Townhall.com columnist Doug Giles ran a piece from a trophy-killing aficionado condemning the media for not using the “correct terms.”

Hmm…a whiny advocacy group demanding that calculatedly manufactured euphemisms replace accurate terms and old-fashioned plain speaking. Where have I encountered that before…where, oh, where? Let me put it like this. I”ll start saying “field dressed” instead of “skinned” and “taken” instead of “killed” when I start saying “cisgendered” instead of “normal” and “they” instead of the singular “he” or “she.” Political correctness is not always leftist. Conservative “victim groups” can sometimes just as effectively enforce their own brand of PC. So effective was the Super Adventure Club’s euphemism-enforcement campaign that Mary Lynn Smith, a very solid journalist for the Star Tribune (a paper that’s been front and center on the Cecil story), admitted to me that she was wrong for adopting the language of her interview subjects. She agreed to no longer use the hunter-approved “taken” instead of the reality-approved “killed” as the term for when an animal is, you know, killed. One small victory against the PC language corrupters.

One of the biggest conservative superstars to use Cecil counter-outrage to show how little DNA separates him from a leftist was FrontPage Magazine’s Daniel Greenfield (a.k.a. “Sultan Knish”), a fellow at the David Horowitz Freedom Center. In a piece that aptly demonstrates why he should stick to critiquing radical Islam, Greenfield wrote, “Meanwhile Zimbabwe, where people are living under a dictatorship, where the poverty rate is 72%, 15% of the population has HIV and 2 million people are facing starvation, doesn”t care about Cecil.” Turning his attention to people (like me) who were angry over the lion’s slaughter, Greenfield snidely observed:

But people don”t matter. Lions matter. We are dealing with a low information voter population that reacts to empathy triggers rather than reason. A million deaths, as Stalin pointed, is a statistic. But a lion with a first name is an atrocity. 99 percent of the people outraged about Cecil have little interest in what has been going on in Zimbabwe and how it got that way and how their governments helped make it happen. The name Mugabe means nothing to them. And that’s why we have the system that we have today. Cecil stands in for Sandra Bland. For the latest social media/media crisis invented and inflated to distract us from mass murder and the mass destruction of our future and our way of life.

Greenfield missed his calling…he should be writing for Salon. What he’s doing is straight out of the left’s playbook, standard operational Race Guilting 101. “You don”t care about the poor, poor Africans! You heartless monster, you.” Greenfield, a man who only three months ago attacked third worlders as bringers of “cholera, unemployment, rape, welfare and genocide,” now acts as though it’s somehow criminal to not want to save Zimbabwe. In the name of his short-term goal of expressing counter-outrage regarding the Cecil affair, Greenfield resorted to using one of the left’s most foul tactics”the idea that not wanting to save the third world is the result of ignorance, willful blindness, or lack of “reason.” I don”t hate Zimbabweans. I wish them the very best. I just don”t think there’s much that I (or my country) can do to magically solve their problems. I don”t consider that point of view to be “low information.” Quite the opposite; I consider my position to be the result of knowing the facts all too well.