A Liberal Dose of Hypocrisy 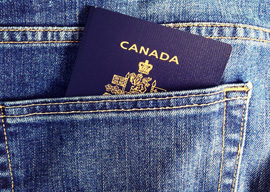 With Stephen Harper now resigned and retired, Conservative MP Dr. Kellie Leitch is running for his old job as party leader. To that end, she recently surveyed her constituents, asking:

Should the Canadian government screen potential immigrants for anti-Canadian values as part of its normal screening for refugees and landed immigrants?

Of course, the nation’s elite experienced a mass-hysterical aneurysm. From concern-trolling Tory “consultants” and Leitch’s leadership rivals on the right, to editorialists and hydrophobic tweeters on the left, Leitch was denounced as a dullard (did I mention she’s a surgeon?) and a bigoted Islamophobe (her question didn”t mention race or religion).

And you can guess the general quality of these reactions, because you Americans have endured their like south of the 49th parallel lo these many years: the flaccid stabs at rapier wit (“…it was tempting to assume she believed that prospective citizens should be handed a cup of Tim Hortons coffee, sent to a professional hockey game and made to at least pretend that they were enjoying themselves”), along with flashes of late-onset pragmatism. (Surely hooking thousands of newcomers to lie detectors would be unwieldy, not to mention expensive”and aren”t Conservatives supposed to be the party of fiscal restraint…?)

But, of course, liberals”and most Canadian “conservatives” are liberals”are never angry about and offended by what they claim to be. Hence their compulsive coinage of highbrow, talismanic euphemisms to conceal their baser motivations:

Back when they pretended to care about “freedom of speech,” it inevitably turned out to have something to do with bad words and naked ladies.

On the topic of semantics, American readers can be forgiven for presuming the phrase “Canadian values” is considered hopelessly retrograde up here”comically corny, like “women’s lib.” Or perhaps a northern varietal of the “-values” garlic and wolfsbane from which all leftoids recoil, such as the more common “family-“ and “traditional-“ types.

Yeah, no. You see, within living memory, Liberal prime minister Jean ChrÃ©tien and his cohorts in the Natural Governing Party never shut up about “da Can-AY-dee-yun val-YOOZ.”

Yet I don”t recall the CBC ever once complaining, as they just roused themselves to do, per Leitch. Not to be outdone, “The suggestion that there are government-defined “Canadian values” is frightening,” the Globe and Mail suddenly realized over the weekend.

Because a Conservative had the gall to employ this particular locution”the sheer uppity presumption to drink from a “Liberals Only” fountain!”the ruling class is now pretending they”ve never heard it before.

(To parry with a favorite idiom of my own, I believe this practice is referred to as “gaslighting”…)

So how do liberals (both upper- and lowercase “L”s) define their apparently trademarked and patented “Canadian values“? Why, big government, of course. High taxes. A “peacekeeping” military. Bilingualism (and a Canada “that includes Quebec”). Unwarranted deference to whiny “First Nations.” Multiculturalism, natch, and the droopy Charter of Rights and Freedoms (ha-ha) in which that concept is officially enshrined, by law.

So basically, in the (L)iberal lexicon, “Canadian values” embraces “Stuff White People Like” but with a massive dollop of reflexive, retrograde anti-Americanism.

Except that, the last time the ruling class picked out Dr. Leitch for target practice, it was because she and the rest of Harper’s government had inserted that paragraph into the study guide handed out to new immigrants. They also proposed setting up a special hotline for the reporting of such crimes.

Need I add that flatulent (L)iberal indignation ensued? Justin Trudeau was particularly apoplectic. Note that his gut instinct was to lead the pitchfork mob”until enough normal Canadians turned on him that he was compelled to temper his temper.