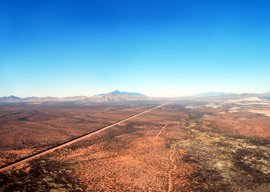 The current surge of Central American children and mothers across the border has made a travesty of the schmaltzy arguments long employed to rationalize the government’s winking at illegal immigration.

George W. Bush famously assured us that we shouldn”t worry about illegal aliens because “Family values don”t stop at the Rio Grande River [sic].” Yet we are now witnessing the extreme cynicism of Central Americans dispatching their unaccompanied children and nursing mothers across the drug war zone of northern Mexico to exploit the talk of amnesty among American leaders.

Similarly, we”ve been told that illegal aliens do the jobs that Americans won”t do, but what job are these children going to do? Chimney sweep?

A Central American mother, baby in one arm, told a TV news crew in Murietta, CA”where for the first time in years American citizens have dared to take a stand against the exploitation of themselves”that women like her were flocking across the border because “We can”t have children in our country.” But how much work that Americans just won”t do are they going to do here while having more babies?

“It is intimated repeatedly that not only are average white American citizens demographically doomed, but that they deserve their fate due to their ancestral guilt.”

Having overpopulated their own countries, they come here to overpopulate ours. During periods of high immigration, such as during amnesties, the birthrate among foreign-born Hispanics shoots upward. For example, the big amnesty of the late 1980s drove up the total fertility rate for foreign-born Latinas in California from 3.2 babies per lifetime to 4.4, which then choked the public schools in the Golden State around the turn of the century. Obama’s announcement last week of plans for a massive de facto administrative amnesty would likely have a similar effect.

Eventually, the newcomers realize that raising children in America to middle-class standards of parental investment is enormously more expensive than they had foreseen”a new study suggests that to be comfortable a family of four needs an annual income of $130,000“and they can”t afford the ones they”ve already had. So fertility rates finally start to drop. But the efforts of Democrats to lure in future voters assure us that we won”t go long before a new crop of illegal aliens arrives to procreate with abandon.

A commenter of mine, who for the moment calls himself Sky Islander, notes some other opportunistic paradoxes in the conventional wisdom:

They are so hardworking and will stoically work to contribute to American society. They are so helpless and weak that we must work harder to take care of them.

Likewise, we have to let them in because we will no doubt discriminate against them viciously. Therefore we must discriminate in favor of the newcomers by giving them ethnic preferences over ourselves.

Clearly, the people who control the Narrative simply want, for reasons of their own, more immigrants. They”re willing to emit whatever they think will temporarily stymie the public while more foreigners pile in and produce anchor babies.

For example, weren”t we assured during the depths of the recession that illegal immigration would never happen again? Isn”t there supposed be “zero net immigration” from Mexico?

But how could our leadership have known there were more Third Worlders out there somewhere beyond Mexico?

Nine years ago, I counted up how many people lived in countries where the average per capita GDP was below Mexico’s. I titled the resulting essay “The Five Billion.”

Among them are the 43 million people left in Central America. To put that in perspective, that’s as large as the population of Mexico was in 1962. And there are now about 35 million Mexicans in the U.S.

We have another interesting test case in Puerto Rico. A sizable majority of all the Puerto Ricans in the world now live in the 50 states, despite massive subsidies intended to keep them on their island.