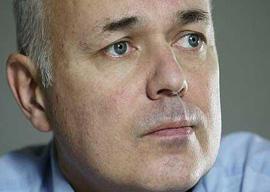 GSTAAD—Blah, blah, blah! I’ve heard it all before. We are all swivel-eyed fanatics, racists, and right-wing extremists. And we’re also bigots because we believe in Jesus Christ. Today is my name day, the Day of Assumption, but please don’t ask me how my parents got Taki out of it—Panagia, Panagiotaki, Taki—that is all I can tell you in my limited English.

So I stepped out on my garden overlooking Gstaad’s wooded hills early this morning and began yelling, “ALLAHU AKBAR!” at the top of my voice, like those nice guys do down south and also in London, Amsterdam, Brussels, Paris, Stockholm, Copenhagen, and other major Western cities which pay for their keep. “Allah! Allah!” I kept screaming until some Swiss walkers heard me and motioned me to quiet down. “Mais enfin, monsieur, nous ne sommes pas dans une mosquée,” said the rudest one. Good old Swiss burghers. They will pay for their politeness and tolerance sooner rather than later. Geneva is full of Africans and Muslims, a powder keg but not quite yet. Here in Gstaad it’s fine while out of season. Come August the southern types arrive, especially after London got too hot for them last week. What a story.

“They will pay for their politeness and tolerance sooner rather than later.”

Even an ex-sainted one, Boris, got it wrong. The cuts—what cuts? The great Maggie came to power with one priority: The unions had to take second place to Parliament, no ifs or buts about it. The idiotic Scargill gave her the opportunity, and we know the rest. Then the do-gooders began to chip away at her and before you knew it, the criminal-justice system broke down and now we have a prime minister talking tough again.

But nothing is going to happen. Not as long as people such as Harriet Harman play politics while the cities burn. No use overstating things. When cells are called rooms because they infringe on criminal youths’ human rights, the good guys cannot win. The sink estates were long ago surrendered to the gangs. Black thugs have been treated softly as a matter of policy. Racial tensions involve turf wars between Nigerians, Jamaicans, Albanians, and Kurds, while sweet, nice people such as Taki are threatened with racial incitement when they dare mention the truth. The media went bananas over Rupert Murdoch, then the gangs went bananas over the rightful shooting of a black gangster, then Britain’s cities went aflame—punto e basta, as they say in the land of pasta.