A Slight Depression in the Liar Market 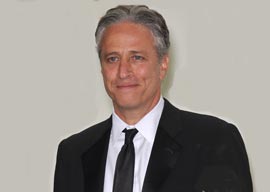 What if most Holocaust victims were balancing their karma from ages before, when they were Roman soldiers putting Christians to death …

So said Charles Manson to his followers back in 197… Oh, wait, no:

Shirley MacLaine wrote that in her latest memoir, just out this week.

Dummy me: I mix those two occult-obsessed, octogenarian Hollywood midgets up all the time. Manson was the one who could sing.

From Spahn Ranch to Simon & Shuster in two generations: yeah, that’s pretty much the established time frame for the mainstreaming of “crazy” ideas.

MacLaine’s remarks were quickly condemned by”well, not the usual objectors, for once.

“I think she made a terrible error. I think she’s wrong,” the associate dean of the Simon Wiesenthal Center (barely) said. (“Associate.” Not even “the head,” yet!) He and some English guy were the only “official Jews“ who spat out statements.

“Dummy me: I mix those two occult-obsessed, octogenarian Hollywood midgets up all the time. Manson was the one who could sing.”

Will MacLaine be invited to the next annual Anti-Defamation League gala like she was last year? For now, with Muslims shooting up synagogues across Europe, the ADL has way more important matters to deal with, like … Urban Outfitters” latest half-baked “Holocaust” schmatta.

Did [Hawking] “create” the disease that has crippled him in order to learn to be dependent on caregivers and the kindness of strangers so that he could free his entire mind to the pursuit of knowledge?

“Entire”? Not quite. His “crippled” condition didn”t hamper Hawking’s pursuit of something else: He dumped the woman who”d changed his diapers for 20 years and “ran off“ with the wife of the computer engineer who”d helped him speak again. That makes me hope all that “karma” crap is true, although had I been the first Mrs. Hawking, I”d have fast-forwarded the whole plodding cosmic process and simply pulled a Richard Widmark.

(Maybe in his next book about the mysteries of the universe, Hawking can explain how he and the equally implausible Manson continue to pull so many birds. And do they carve the notches into their wheelchair and forehead respectively?)

Predictably, MacLaine also continues to boast of her “past lives,” but I hear they”re no match for Brian Williams” current, singular one.

The temporarily disgraced anchorman didn”t just “misremember” getting shot down in Iraq or being “embedded” with SEAL Team 6, by the way.

He allegedly exaggerated his experiences covering Hurricane Katrina, too, and claimed to have been gifted “a piece of the fuselage from the helicopter that crashed at the Osama Bin Laden raid,” according to one blogger.

More karma? Speaking to NYU J-school students in 2007, Williams slagged off bloggers as “people who have an opinion, a modem, and a bathrobe.”

“On the Internet,” he added, as he’s probably wishing right about now that he hadn”t, “no one knows if you”ve been to Ramadi or you”ve just been to Brooklyn and have an opinion about Ramadi.”

Brian Williams is a fake real journalist, but Jon Stewart is a real fake journalist. With the fabulist spirit in the air, one of my Facebook friends celebrated the latter’s garment-rending retirement announcement by writing: