A Tale of Two Frances 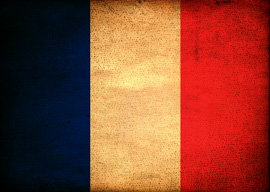 It is not a pleasant time to be French. New head of state Francois Hollande promises to be the most ridiculous president ever to occupy the Elysee Palace. Why such a harsh judgment on the dapper gent from Correze? Oh, where does one start? His 75% tax on all incomes over one million euro was ruled unconstitutional in the closing week of 2012 by the country’s Constitutional Council. Since the reason it was rejected is that the tax would allow some millionaires to escape (it only affected personal incomes over a million as opposed to households” cumulative incomes), Hollande has vowed to come back with an even more draconian measure. Designed to eliminate the country’s massive deficit, it will instead drive wealth out of the country.

This measure might seem appropriate given that His Excellency is a socialist. But he is also a member of the country’s administrative elite, having been spawned upon an unsuspecting world by those top-drawer bureaucrat factories, the Institut d”Etudes Politiques de Paris and the Ecole Nationale d”Administration. A fallen-away Catholic, he was shacked up with for 30 years and begat four children with his classmate at the ENA, Segolene Royale. Mlle. Royale is also a socialist politician and was the party’s standard-bearer in the 2007 presidential election. A week after her defeat, their separation was announced. In keeping with his own flexible views on marriage, Hollande has promised to introduce gay marriage and adoption into France in 2013″the former measure allegedly attracting the approval of 65% of Frenchmen.

But what of the remaining 35%? Some are Muslims, to be sure. But the bulk are Catholic, and so fearful of his former co-religionists does the president appear to be on this issue that, in response to a coming national demonstration on January 13 against the alteration of marriage, he and his minister of education have warned Catholic schools not to discuss the issue“a warning the head of the Catholic school system has gleefully disregarded.

The truth is that in both cases we are seeing the latest clash between two Frances: what French political writer Charles Maurras dubbed the “legal country” (secularist) and the “real country” (Catholic), a split which emerged after the French Revolution. To be sure, these two countries occupy the same geographical space; but in many ways they are as foreign to each other as Turkey and Greece. Nor is it a question of conventional right versus left. Both the defeated President Sarkozy and his chief rival for control of the “conservative” UMP, Dominique de Villepin, emerged from the same millieux that produced Hollande and Royal”de Villepin was classmate to both of them at the ENA.