A Ten for Courage and a Zero for Sensitivity 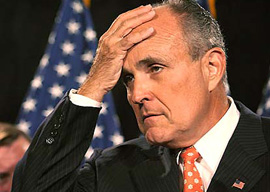 Dr. David Starkey is a great man, a Tudor historian, and one of the few academics who tells it like it is. Openly gay, he has no time for prancing queens and other such clown minorities trying to steal a bigger slice of the freebie pie. After England’s riots last summer—while politically correct policy-makers were hand-wringing about inequality and other such urban-deprivation myths—he had the courage to mention “black gangster culture.” It’s an understatement to say he did not endear himself to the PC commissars.

PC, as intolerant a system of thought as the Salem trials, will simply never accept the truth. In fact it is a persistent form of untruthfulness, pretending that things are different from what they are. Black crime, both in American urban jungles as well as in Britain, is a way of life, as is black-on-black violence. It is about color as well as culture. Politicians and policy-makers would rather die than admit this, yet die they should because it is the truth. But speaking the truth is no longer acceptable in Western societies.

“PC, as intolerant a system of thought as the Salem trials, will simply never accept the truth. In fact it is a persistent form of untruthfulness, pretending that things are different from what they are.”

So-called imams in Western Europe preach that the Koran requires the execution of gays. But if I write that Islam is a vile religion for advocating the execution of homosexuals I will likely be sued and pursued by my own kind: white Christian heterosexuals who believe that appeasing the so-called “towels” will one day bring us peace and prosperity. Black gangland violence has turned certain areas of British cities into no-go zones, while black and Hispanic gangs have done the same to American cities such as Detroit, Dallas, and Los Angeles. Talk or write about generation after generation of black criminals and they will come after you threatening prison the way Trevor Phillips did after the poor little Greek boy mentioned it about ten years ago.

The latest joke conviction comes from Paris, where the famous perfumer Jean Paul Guerlain was found guilty after saying:

For once, I set to work like a Negro. I don’t know if Negroes have always worked like that, but anyway.

The perfumer said this on television, which earns him a ten for courage and a zero for sensitivity. Although he has apologized profusely since, the court found him guilty for being a threat to public order. In other words, Gaultier threatened public order for hinting that blacks are lazy. Was the Bastille stormed 222 years ago so a judge can fine a man of previously impeccable character for being insensitive on television?