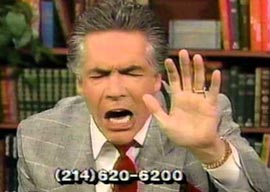 Maybe the world is waiting for another Clinton to move back into the White House, but whatever the reason, the “90s revival is stalled.

Since the end of the Second World War, North American”and, especially, English”kids have compulsively salvaged the clothing and music of the teenagers they literally looked up to when they themselves were toddlers.

These revivals typically blossom 15 years after the onset of the previous decade, as soon as those babies are teens themselves. So when I was in high school, the “60s revival”nudged along by Animal House (1978) and Quadrophenia (1979)”saw me wearing a parka year-round and going to “toga party” school dances.

But the generational fashion clock apparently isn”t atomic. Girls still aren”t stomping around in baby-doll dresses and Docs except on Pinterest. The Guardian, rechecking its British watch, wonders wearily if the “90s even had “anything worth reviving.”

John Oliver certainly thinks so. His HBO program, Last Week Tonight“i.e., “Like The Daily Show but with that English guy””is getting lots of attention thanks to its latest investigation.

“Into what?” you ask. “Belligerent sermons in American mosques? Why Mexicans are so prone to drunk driving and animal cruelty? Maybe Oliver uncovered what was on Hillary’s server?”

(Hang on while I turn this Violent Femmes record over…)

Oliver’s twist on this mummified topic? He’s registered a fake church called “Our Lady of Perpetual Exemption” with the IRS to prove that, in America, “anybody can call themselves a church.”

Watching Oliver’s “groundbreaking” investigation will induce dÃ©jÃ  vu flashbacks in viewers over 40. Twenty years ago, these “shocking” exposÃ©s of televangelists were as ubiquitous as boy bands and Beanie Babies.

But most people could avoid them if they wanted to. (Although few did; they were ratings blockbusters.) Not me. In those days, my writing “beat” was religion, not politics.

Among other things, I wrote a religion column for the Toronto Star(!) and contributed, very occasionally, to The Door.

Formerly The Wittenberg Door, the beloved entre nous periodical”picture, if you can, an evangelical National Lampoon“had by then been purchased by the Trinity Foundation, making the resulting collectivity “the world’s only Christian satire magazine/homeless shelter/private detective agency.”

“Detective agency” because, if you caught one of those Clinton-era reports on money-grubbing preachers, the Trinity Foundation was part of it. Trinity staffers would, for instance, carry out midnight Dumpster dives outside the targeted televangelist’s office, looking for incriminating paperwork, such as heartrending prayer requests cruelly tossed in the trash.

After hitting the big time in 1991 helping Diane Sawyer and Primetime Live take down Robert Tilton, Trinity became the go-to group hired by ambitious reporters and producers eager for a career-boosting kick at the evangelical can. On every such show, you”d see Trinity’s leader and real-life Javert, Ole Anthony, a Lee Marvin clone who exuded the air of a calm, world-weary ex”CIA agent with a stratospheric IQ”the perfect foil to all those sweaty, stuttering TV preachers.

The whole package made for great TV: an hour of infuriating, entertaining schadenfreude. The public’s hunger for these exposÃ©s was insatiable, and the material, plentiful.

So much so that The Door duly produced and sold VHS compilations of crazy televangelist high jinks. One three-hour extravaganza, called The Many Faces of Benny Hinn, “starred” the Jon Lovitz look-alike faith healer, who claimed, for instance, that the biblical Adam had once traveled to the moon. At one of his services, Hinn insisted, a man turned into a snake. At another, one rose from the dead.

The Door sent me a review copy so I could write about it in the Star. The trouble is, I spotted something I don”t think I was supposed to.