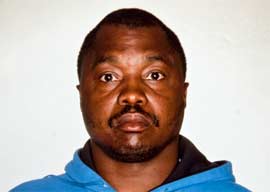 It is unlikely that The Grim Sleeper will ever become nearly as famous as other LA serial killers such as The Night Stalker, The Hillside Stranglers, or The Manson Family.

Is it because he’s black?

Last Thursday a jury convicted Lonnie Franklin, Jr. of ten murders and one attempted murder. The series of slayings for which he was convicted spanned from 1985-2007. Over that long, grim stretch of time, Franklin took a 14-year sabbatical from killing (1988-2002) that earned him the moniker “The Grim Sleeper.” Nearly all of his victims were young black women he’d shot and left dead in alleys throughout South Central Los Angeles. His victims had names such as Bernita, Janecia, Princess, and Lachrica, the latter of whom was found under a mattress in an alleyway, shot through the heart and with a napkin over her face onto which the killer had scrawled the word “AIDS.” The series of slayings were originally dubbed the “Strawberry Murders” based on black slang for female crack whores.

“Why should white serial killers hog all the attention? The answer is easy”it’s called ‘white privilege.’”

And it’s not only Los Angeles. Other black American serial killers”meaning they killed three or more people in a series of incidents rather than mass murderers, who slay multiple victims all at once”boast colorful monikers such as “The Stocking Strangler,” “The Cleveland Strangler,” “The Kansas City Vampire,” “The Baseline Killer,” “The Tacoma Ax-Killer,” and “The I-57 Killer.”

Carl Eugene Watts, AKA “The Sunday Morning Slasher,” may be the most prolific serial killer in American history. He is thought to have snuffed more lives than white superstar serial killers John Wayne Gacy, Jeffrey Dahmer, and Ted Bundy combined. Yet, he gets “no love” from the media.

Along the same vein of racially unjust media bias, Philadelphia police arrested two multiple murderers in 1987. One was only convicted of two slayings but is usually referred to as a serial killer. His name was Gary Heidnik, and his case received national attention. His story became the inspiration for the “Buffalo Bill” character in the Oscar-winning smash The Silence of the Lambs. Plying his macabre trade in the same blown-out North Philly wastelands as Heidnik was Harrison Graham, who was convicted of killing seven women, six of whose putrefying bodies police found in his apartment. But Graham’s case received scant attention, and no hit movies were based on his saga. Although Graham killed more people than Heidnik, his misfortune was to be born black in a society that only makes celebrities out of white serial killers.

There persists a stubborn myth that all serial killers are white. If pressed to name a black serial killer, some may be able to point to The Atlanta Child Murderer, who to this day insists he was framed by police to cover over the true killers”the KKK, natch. Others may recall the black duo who became known as the Beltway Snipers. Beyond that, most people draw blanks”and that’s unfair in a society that prides itself on equality.

Not only have there been a lot of documented black American serial killers, blacks are actually overrepresented in this grisly yet attention-grabbing crime.

Studying the time frame of 1945-2004, criminologist Anthony Walsh found that out of 413 confirmed American serial killers, 90 of them were black”a quotient of 22% and nearly double their percentage of the population. An almost identical quotient is claimed by Eric W. Hickey in his book Serial Murderers and Their Victims. A massive database at Radford University tracking over 4,000 serial killers from 1900 to 2010 found that a whopping 40.6% of the killers were black. In his book Rise of the Black Serial Killer, Justin Cottrell says he’s confirmed 1,837 cases of American serial killers since the year 1860, with 53% of the killers being black. Cottrell also says that only 6% of white serial killers murder “outside their race,” whereas 57% of black serial killers are more racially ecumenical in choosing their victims.

Despite the stubborn myth of all serial killers being white, I could find no statistical evidence of blacks being underrepresented at the craft. In fact, every source I dug up found them overrepresented by a factor of two or more. And trends since the year 2000 find that anywhere from half to three quarters of currently active American serial killers are black.