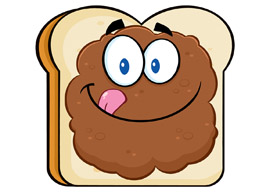 Back in April, former Canadian Supreme Court justice Louise Arbour mocked Mark Steyn and Nigel Farage’s “weird obsession with sex” during a debate on the refugee crisis, after both men dared to mention Muslim migrants” well-documented propensity for rape.

But as I”ve noted here before, it’s Canada’s highest court that’s got its tiny collective mind in the gutter. From what I can make out, they only take cases that are actually just old Penthouse letters typed out and left on their chairs. Our ruling class has based practically its entire worldview on one sentence uttered by Trudeau the Elder in (when else?) 1967″”There’s no place for the state in the bedrooms of the nation””yet one branch of government has apparently sprung for a circular California queen with satin sheets and runs the whole country from there like Hugh Hefner.

There’s no way you missed their latest decision, because it made international headlines: “Canada legalizes bestiality.” The media being the media, that’s not exactly what happened, but still: Some guy appealed his bestiality conviction by pointing out that, hey, he didn”t get the family dog to screw his stepdaughters, just lick peanut butter off their genitals! Sheesh. And the court sided with him; to paraphrase their ruling, “no penetration, no problem.”

Besides “Smooth or crunchy?” (and “How are these two girls the only kids in North America NOT allergic to peanuts?”) my question is the same one I have whenever the Court hears any of these wacky sex cases: Who the hell APPEALS this stuff? How do they explain to their bosses why they need time off work (again)? (“But Mr. Johnston, don”t you understand? I”m the Rosa Parks of Jiff!”) And what percentage of my extorted tax dollars pays for these Luis BuÃ±uel film reenactments (but without the jokes and the Catherine Deneuve)?

Now, to its credit, the Star slaughtered a (metric) ton of trees exposing male slut Jian Ghomeshi and the toxic work environment his satyriasis engendered at the CBC. But while the Ceeb’s other nickname is “The Corpse,” at least they don”t have actual dead bodies lying around the joint (unless you count David Suzuki.)

But now the progressive feminist blahbittyblahblah Star has ovaries on its face, because a female reporter who was having an affair with a married editor (who was also having an affair with his boss) killed herself over it. (Amusingly, in his old Star bio, that editor describes himself as “collaborative.” I”ll say! Make that “ex-“-editor, though, and as the saga continues, it looks like they”re gonna have to order a lot more bankers boxes…)

I wrote for the Star‘s religion section 20 years ago, until they spiked my article about Kwanzaa, then decided they were (cough) “going in a different direction.” Around that time, a former staffer “joked” to me about the paper’s “byline for a blowjob” newsroom culture, but also gave the impression that such high jinks had gone out with the Nehru jacket. Oh, and I was told that the condo across the street from Number One Yonge was nicknamed “the Heartbreak Hotel” because that’s where editors decamped when their marriages were on the rocks, like a multistory revival of The Odd Couple.