ALL IS NOT WHAT IT APPEARS! 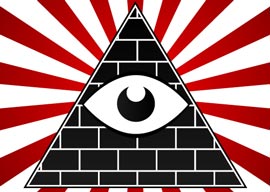 Often I have thought, or supposed, that there must be a single unifying explanation of all the woes or social problems of the Western world, if only I could find it. But I have not found it: the nearest I have come to explaining the rise of drug-taking, minor incivility, psychological distress, etc., in our otherwise prosperous societies is the collapse of personal self-control, which is now not only regarded as unnecessary but actively harmful, insofar as it leads to frustration, and frustration supposedly leads to yet worse consequences.

But, as the Haitian peasants say, “Behind mountains, more mountains.” Why should self-control have collapsed, and the awareness of the necessity for it have evaporated? Perhaps this is the consequence of the virtual elimination from Western life of all forms of transcendent belief, leaving the satisfaction of current desires, as and when they arise, as the only purpose. But why, if this is the case, should transcendent belief have disappeared? Before long, one is back to the Garden of Eden. One has explained nothing.

The great psychological advantage of conspiracy theories is that they explain the most disparate phenomena effortlessly and indubitably. They thus satisfy man’s intellectual longing to understand the world, but also, as importantly, man’s desire to be superior in his understanding to his fellows. To have penetrated the mystery of things is an achievement not given to everyone. Those who have developed a conspiracy theory both want to keep it to themselves so that they can retain their superiority over others and spread it as far as possible to recognized for their enormous contribution to human understanding.

“But even if you do not believe in such a single purpose, surely you must often have felt that you are manipulated to someone else’s advantage, without being able to specify exactly who is manipulating you and to what end.”

I was sitting in my house the other day when I heard something put through the letter box. The post had already been delivered and I supposed it was publicity for a service that I did not want. It turned out to be something much more interesting: five pages of conspiracy theory.

I recognized at once, without having read it, that it was written by a madman. I am experienced in this recognition, both from my work as a doctor and as a journalist. For example, in the days before the Internet, I used to receive letters in response to articles in newspapers and I knew at once the mad ones by their envelopes alone. They were written in strange-colored inks, they were often cut in two and sealed with Sellotape, and generally had incomprehensible messages on them apart from a name and address.

The writers of these mad missives made no effort to make them readable in the purely physical sense. They were scribbled in such a way as to make them all but illegible: the pressure and urgency of the writers” thoughts was so great that the need to put them into communicable form was entirely overwhelmed.

The communication pushed through my letterbox (and distributed to all the other houses in the district) was typed in bold, sans-serif lettering, but so closely that it took some determination to read any of it. It was headed “Stop the illegal film project campaign.” From the syntactical point of view, this was ambiguous: was it the “illegal film project” that should be stopped, or the campaign against it? However, from my preexisting knowledge of the paranoid, I knew that it was the illegal film project that the writer wanted to end: it was the kind of thing that paranoiacs invent.

The text began with a brief, incontestable statement and an unanswerable question: ALL IS NOT WHAT IT APPEARS … Do you know what you have been participating in?

One has only to read a daily newspaper, which purports to tell us the real reasons behind events, to know that appearances are not to be trusted: for example, that the true purpose of a piece of proposed legislation is to reward the rich and oppress the poor, or oppress the rich and reward the poor, and not what the government says that it is. The real purpose of the European monetary union is to stimulate German manufactures, to increase the power of the Eurocrats, to promote neoliberal economic policies everywhere on the continent, to necessitate a European federal state, to enshrine the welfare state, according to the reader’s and writer’s taste, inclination, and prejudice. There is an ineffable pleasure in discerning the hidden meaning of things; happily, nothing is ever what it seems.

As for the nature of what I am participating in, I have long desired to know it. Clearly the writer believes that there is one overarching plan, purpose, or activity that determines our existence; but even if you do not believe in such a single purpose, surely you must often have felt that you are manipulated to someone else’s advantage, without being able to specify exactly who is manipulating you and to what end. No one who has had any dealings with a modern bank can think otherwise; to deal with a bank (or, for that matter, the civil law or any giant business) is to enter a novel by Kafka.