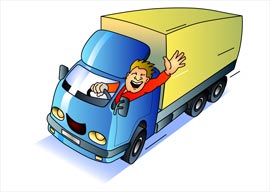 I hate the real phone, so despite my lifetime membership in the Cult of Mac, I”ve never wanted one in my damn pocket or purse. Sadly, circumstances forced me to finally buy an iPhone last week, and I was much more excited about picking out the case than getting the phone itself. I finally settled on a protective, rather butch commuter-style design, but my first choice was this girly, artsy model inscribed, a la A Midsummer Night’s Dream, “Though she be but little, she is fierce.”

An apt motto for someone who runs a blog called FiveFeetofFury.com.

I”m actually 4″11″, but who’s counting? Besides my average-sized mother, I mean. I submitted to her regular pencil-and-ruler measuring rituals as a child, then as an even less enthusiastic teenager, but she was always more interested in my height (or lack thereof) than I ever was.

When my body stubbornly refused to reach that 5″ milestone, she finally abandoned the practice, probably telling herself she was sparing me further embarrassment. Except my size has never bothered me.

“It’s news to me and millions of dash-cam fans that Russia has the slightest interest in reducing the number of motor vehicle collisions.”

I looked up to “ well, you know what I mean “ short performers like Edith Piaf, Judy Garland, Bette Davis and Veronica Lake. I even felt weirdly proud after my slightly shorter grandmother “ in a fit of either booze-fuelled candor or encroaching senility “ told me why we”d turned out so stunted: supposedly, her mother (or grandmother?) had been a willowy Scottish beauty who”d had an affair with… a champion jockey.

So I came by my size, if not honestly, at least adulterously. Kinda cool.

I was the smallest child in every grade. The song “Short People” was a giant (and controversial) hit when I was a kid; I barely noticed. My nickname was “Mouse.” Apparently, all this should have caused me no end of trauma. The Little People of America make it their business to campaign against another “M-word” “ yes, that’s the phrase they use:

The word “midget” is considered by Little People of America to be an antiquated slang term and is most often used in a derogatory manner toward a shorter than average person, or specifically, a person with a diagnosable skeletal dysplasia or medical condition.

Whereas I consider the LPA discriminatory against me, because I”m apparently one inch too tall to join their group “ and membership has its privileges, I see. Why won”t they give an inch? This is heightism straight up (although not too far up…)

In December, Russia banned “those under 4 feet 11 inches from driving most trucks and commercial passenger vehicles, purportedly as a way to decrease car accidents.”

It’s news to me and millions of dash-cam fans that Russia has the slightest interest in reducing the number of motor vehicle collisions. I figured all those monetized YouTube videos were now their leading source of GDP.

Anyway, the same law allegedly banned trannies from being truck drivers too, because obviously that’s their number one post-op career choice, and anyway, the world doesn”t need any more women drivers, right?