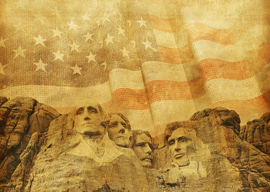 When you take away a man’s identity, is he left with anything worthwhile?

I pondered that question when listening to a sympathetic NPR report on a Mexican-American’s experience in college. Pablo Ramirez is a student at San Francisco State University. He and a group of like-minded classmates are lobbying administrators to increase funding for”what else?”courses in ethnic studies. The son of illegal immigrants, Ramirez rejects “the notion that to be truly American, you have to be white.”

Though he was born here, Ramirez embraces his Mexican roots. During a recent debate competition, he spoke on “how hard it can be for immigrants and their families to embrace their heritage when they face so much pressure to assimilate.” When asked about the racial slurs his parents have endured since emigrating to California in the “80s, he told the reporter, “I”m not here to play nice to these ignorant people; I”m here to defend myself and my family and my heritage.”

AmÃ©n, hermano. You should defend your parents” dignity. But question: If you aren”t here to play nice, and if you insist on embracing your heritage, why fault other Americans who try to do the same? Ramirez’s family doesn”t “really feel American.” To them, “being American is more about respecting U.S. laws, and knowing those laws also protect us.”

“The simple answer is that America’s ethnic and spiritual history has been memory-holed.”

I can”t think of a better example of the “propositional nation“ concept so enjoyed by the left. Liberals love to crow about America being an open, welcoming society for all. Mainstream conservatives, who wet the bed over the possibility of being called xenophobic or hateful, have foolishly given in to this abstraction. In a recent address to a group of congressional interns (read: a publicity stunt), Speaker of the House Paul Ryan contended that “America is the only nation founded on an idea”not an identity.”

Not by a mile, Mr. Amnesty.

The late Harvard professor Samuel Huntington has covered this ground before, but let’s recap: America is a country founded by men of English descent, informed by Protestant theology and Enlightenment ethics. The founders didn”t create a country and system of government that was meant for pygmy hut-dwellers. It was made for what John Jay called in Federalist No. 2 “a people descended from the same ancestors, speaking the same language, professing the same religion, attached to the same principles of government, very similar in their manners and customs.” These “people” just so happen to be predominantly Anglo-Protestant. Over time, other creeds and ethnicities have adopted, sometimes imperfectly, the American identity, including Germans and Catholics. But we still remain a weird breed compared with, say, the goat-lovers in Syria.

So why is Ramirez so clueless about the historical roots of the country he was born in?

The simple answer is that America’s ethnic and spiritual history has been memory-holed. For half a century, the left has been engaged in a “forgetting” campaign to wipe our collective memories clean. The origins of America have been deliberately buried over with the dirt of multiculturalism, victimology, and the Zinn perversion of history. The Immigration and Naturalization Act of 1965 hastened the forgetting by abolishing national quotas that favored European immigrants.

It’s no wonder, then, that Ramirez and his family feel no need to find their place in the American identity. Talk of the European qualities of America’s institutions is regarded as white-centric, and thus racist. Cable-news pundits like to jabber about American exceptionalism like it’s a universal value that all people, no matter what culture, geography, or race, can understand. But as a recent spate of Islam-inspired terrorist attacks have shown, the American sense of self is not invincible. It’s actually very fragile. And it’s been taken for granted for so long that it’s easy to forget.

As Americans, we do have a specific identity. Our system of law was created for people of a particular nature. No amount of historical revision erases the truth of our past. When the sitting president of the United States goes on national television and declares, “We are the first nation to be founded for the sake of an idea,” he couldn”t be more wrong. But then, identity is something Barack Obama has struggled with most of his life.