An End to Conquering 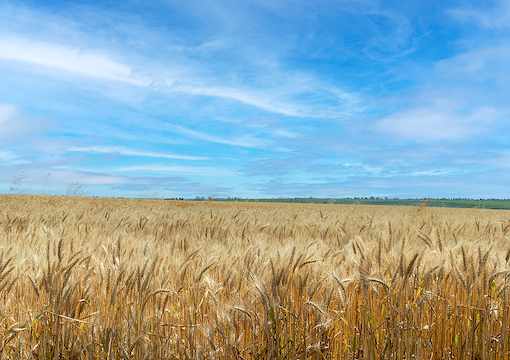 The success of Ukraine’s surprise northeastern offensive suggests a fundamental problem for the invaders: When it comes to seizing and holding land in Ukraine, the average Russian soldier’s heart just isn’t in it.

But why should it be? After all, unlike Patrick Swayze’s guerrilla in Red Dawn, the poor Russian doesn’t live there.

That the modern male is less interested in conquest than his progenitors were seems like a general pattern. Men will still fight bravely for their homelands or for what they see as a good cause, but less so to raise their flag over their neighbor’s fields.

“It now appears that not all the Russian troops got the memo that annexation is back in fashion.”

I’ve been arguing for most of this century that the age of wars of conquest is drawing to a close. Why? In recent generations, the payoff from militarily subjugating foreign lands has been typically less than the cost.

Therefore, I had assumed that Vladimir Putin’s cold-blooded rationality would cause him to stop short of starting a major war. So, I felt pretty stupid back on Feb. 24, 2022.

But it now appears that not all the Russian troops got the memo that annexation is back in fashion.

A millennium ago, though, if you were, say, William the Conqueror, the profit to you and your Norman allies from conquering England was considerable: You took the Anglo-Saxon lords’ land and serfs. Today, all these centuries later, your descendants, Englishmen with Norman surnames, are higher class on average than those with English surnames.

The medieval view tended to be that somebody had to be the lord of the serfs, so why not me? This led to frequent wars, but ones that were generally limited in size because they were more between aristocrats than peoples. For example, England’s 15th-century War of the Roses, the basis for the Game of Thrones and House of the Dragon television series, was quite lethal to nobility but less so to commoners.

Slowly, though, the more Europe prospered, the more it could afford to arm and feed larger militaries. But, as useful as a bigger army would be, what would motivate them to fight?

Thus, nationalist and democratic ideas began to replace the feudal spirit that had emphasized dynasticism over territorialism.

For instance, during the 100 Years War, Joan of Arc was unimpressed by the English king’s genealogical claim to the French throne, insisting instead that the English invaders should go home to their own island and leave France to the French.

Also, it increasingly came to be seen as in poor taste for conservative militaries to steal land from landowners (especially once socialists began demanding expropriation). For example, after the mass larceny of the Norman Conquest, property rights in England were largely respected, with the main exception being Henry VIII’s confiscation of Catholic church holdings.

(In Ireland, of course, the behavior of the English and Scottish was less respectable: The winners of the two civil wars in 17th-century England then went to Ireland to put down rebellions and often stayed to take the rebels’ farms.)

Meanwhile, industrialization meant that fighting could go on longer. The American Civil War started out being waged like the Napoleonic Wars with heroic battles lasting one to three days. But by the final year, it had largely mutated into endless trench warfare.

If credit and commercial contract are tampered with in an attempt at confiscation, the credit-dependent wealth is undermined, and its collapse involves that of the conqueror; so that if conquest is not to be self-injurious it must respect the enemy’s property, in which case it becomes economically futile. Thus the wealth of conquered territory remains in the hands of the population of such territory. When Germany annexed Alsace, no individual German secured a single mark’s worth of Alsatian property as the spoils of war…. For a modern nation to add to its territory no more adds to the wealth of the people of such nation than it would add to the wealth of Londoners if the City of London were to annex the county of Hertford.

(That a larger territory isn’t economically at least somewhat beneficial is probably only strictly true under free trade, as in the 19th-century British Empire.)

Of course, these books didn’t stop Europe from starting the Great War in 1914. But it turned out a catastrophe for almost all concerned, just as they had foreseen.

When Lenin seized power in Russia 1917, he sent Trotsky to negotiate a peace deal with Germany and Austria, with the fate of the Russian province of Ukraine on the table. In the nationalist spirit of the age, the Central Powers didn’t demand to annex it, but did insist upon independence for Ukraine, which they expected to turn into an economic colony with a captive market. They didn’t require expropriation of Ukrainian property, and in fact wound up supporting the coup of the landowners’ party in Ukraine against the socialist land reformers.

How much the German public would have benefited from a puppet government in Ukraine remains a historical mystery. Probably Germans wouldn’t have benefited much from a quasi-independent Ukraine. We know that in the 1980s USSR, the Russian Republic was subsidizing the Ukrainian Republic through underpriced oil and gas. Similarly, now prosperous Poland was then being economically propped up by the USSR to hold the Warsaw Pact together.

Despite Germany’s triumph at Brest-Litovsk in the winter of 1918, the Entente stopped the German Army outside of Paris in the spring. By fall it was clear that the American intervention would doom Germany to defeat in 1919, so the German General Staff threw in the towel on Nov. 11, 1918.

After the Great War, heartbroken corporal Adolf Hitler came up with a more direct plan for how Germans would benefit from conquering Eastern Europe next time by getting around Angell’s logic. Rather than give Ukraine its independence as imperial Germany had insisted in 1918, Nazi Germany would steal the land for German farmers and enslave, expel, or starve the Slavs.

Hitler never seemed to realize that his Malthusian worldview had been rendered obsolete by the invention just before WWI of the Haber-Bosch process for manufacturing cheap nitrogen fertilizer. Germans didn’t actually need vastly more land to support their growing population because agricultural productivity per acre was growing so fast.

And that, more than anything else, may explain the decline in our hunger for conquest: We’re not hungry enough anymore.