An Idiot’s Guide to the Right 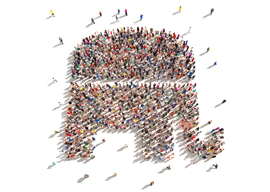 Okay, first of all, stop saying “Faux News Lies.” That’s redundant. Either call it Faux News and we”re done, or say “Fox News Lies.” Also, what is a “lie?” Do you honestly think a reporter is sitting there reading a teleprompter that says “Obama had many meetings with al-Qaeda and they both agree America must die”? They just make stuff up? I don”t even think MSNBC does that. The closest they come to lying is when Rachel Maddow pretends the Koch brothers tried to make welfare recipients get drug tests. I believe she got information that contradicted her hypothesis at the last second and thought, “Fuck it. We don”t have time. Let’s roll.”

Also, when you watch MSNBC or any other mainstream news show outside of Fox, they”re always yammering on about how many seats in the house this party has or when Congress will get to that bill and this candidate blah blah blah. The right doesn”t bother with that shit, but it’s not because they don”t care. They just see the White House as a ship of fools that was set adrift long ago. The right would rather talk about issues than the bureaucrats who waste our money on making things worse.

Liberals are obsessed with Fox News but they haven”t ever watched it. It’s like they hired one guy to watch it for them. They take opinion talk shows like Hannity and The Five and say, “That’s not news. Those are opinions!” Hey, dipshit, Fox News has their news shows in the morning when everyone’s getting ready for work. The Five is a chat show where four non-liberals argue with a liberal about current events. You”re not watching the news, Russell Brand.

“This idea of blanket hatred of an entire group no matter what is so startlingly naÃ¯ve, I”ve become thirsty to meet one of these unicorns so I can keep him in captivity and study him.”

Here’s another thing the left seems incapable of comprehending: Not everyone at Fox is on the same page. Kennedy is a libertarian and she hates having the American military abroad. When she and John Bolton got together on her show, they almost killed each other. “The Right” is not a fat, white, racist man who smokes cigars and laughs at poor people. It’s just like the left but with more life experience and an ability to use Google. Yes, Fox has a strong lean toward the right. Outside of talk radio, it’s been the only broadcaster that refuses to do PR for the White House. I”ll happily accept that Fox is synonymous with the right, but that doesn”t mean they don”t have liberals on. They need conflict to make good TV. Besides, the right has at least four vastly different manifestations.

First, there are the libertarians. They are basically quirky nerds with Asperger’s, and debating them is like arguing with a calculator. You can”t win. They wear thrift store suits and cowboy boots and have enormous glasses. Their philosophy is best summed up by Matt Kibbe’s book Don”t Hurt People and Don”t Take Their Stuff. Their foreign policy involves basically nothing. All they want the government to do is handle basic infrastructure, provide a few police, and keep a bare-necessity military. Please stop saying libertarians hate roads. Basic infrastructure includes roads. Here in New York, we get the worst of both worlds, as we are taxed out the ass yet still regularly pay $12 per toll.

The worst you could say about libertarians is they are unsympathetic toward the poor. This is commonly assumed to mean they are racist and selfish while the truth is, they ran the numbers and discovered charity ultimately leaves the poor worse off. I find them to be the most reasonable of all the non-liberals. They are against the drug war and for gay marriage. Unfortunately, their blind love of freedom tends to include abortion and open borders. I don”t see how killing an unborn child is anyone’s right, and not even Milton Friedman was for open borders.

Conservatives are broken into two groups and both hate each other’s guts. Paleoconservatives are as fiscally conservative as libertarians but they”re not socially liberal. They want gays to stop being gay and they don”t like drugs either. Pat Buchahan is the quintessential paleocon. He’s old and tough and smart and could give a shit about Israel. These guys all have the same gray suit and they think rap is just a black guy yelling at them. I love them, but thinking gays can be straight or complaining about how decadent pop culture has become gets old fast.

Liberals see the “new” in “neo” and assume a neocon is any non-liberal who appears modern. That is retarded. Neocons are even more retarded. Most of us on the right see them as liberals in conservatives” clothing. They started out as hippies who wanted to save the world but things got weird when they noticed their anti-white male/antiwar stance was anti-Israel. So, they abandoned the left and joined the right on the condition that we continue to wage war in the Middle East forever. These assholes pretty much dominated George W.’s administration,  so if you still think the war is his fault, please blame them.