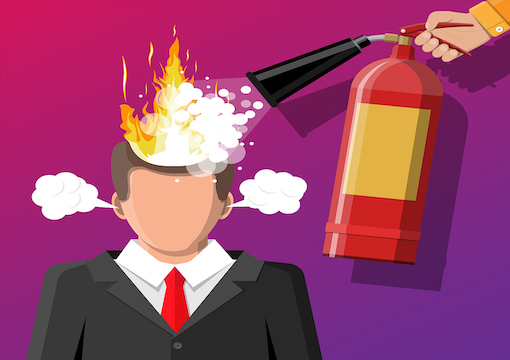 Arriving in Paris on one of the few trains still running in the middle of the strike by public sector workers who, as good socialists, were trying to preserve their privileged pension arrangements for all eternity irrespective of the finances of the country, we participated in a brief but Darwinian struggle for a taxi. No bourgeois wants to hang round the Gare du Nord longer than necessary.

The next day, I realized that I had forgotten to bring the charger with me for my laptop, and, although by no means a technophile, I feel strangely anxious and incomplete nowadays without a working laptop. It was a Sunday and the nearest computer store open was more that two miles away. There being no public transport, I walked.

It was an interesting walk. I passed, for example, the Centre d’Animation Ken Saro-Wiwa, a kind of youth club in a concrete-slab building run by the municipality. Ken Saro-Wiwa, whom I used to see regularly, was the only man I have ever known who was executed by hanging. He was a Nigerian writer, accused by the military dictatorship that was then in power of fomenting violence and plotting murder. He belonged to a small ethnic group, the Ogoni, whose ancestral lands and fishing grounds have been completely ruined by the extraction of oil in the region. Saro-Wiwa’s novel, Sozaboy, relates the Nigerian Civil War as seen through the eyes of a semiliterate village boy, and is a very fine work of anti-war literature; but Saro-Wiwa turned, against my fervent advice, to politics in an attempt to obtain for his people some recompense for the destruction of their traditional way of life. His military trial was a travesty, and he was in effect murdered.

There is no mention of who Saro-Wiwa was on the center’s website, perhaps because it does not want to confuse any young person by too-detailed mention of anything that happened before he was born, or by suggesting that not all the suffering of black people is caused by racism.

“Between a crowd and a mob there is seldom a great distance.”

The center is “dedicated to urban cultures,” and invites you to come and participate in “new artistic practices and discover Hip-Hop culture in all its forms.” Among the worthy activities is that of learning graffiti:

Try out a subversive art in all legality? Through workshops in Street art, comprising spray painting, graffiti and other kinds of urban art, you are invited to start or perfect your murals as a source of social expression.

State- or publicly funded hip-hop and subversion? What on earth is going on, one might ask. I think the answer is obvious. Both hip-hop and the kind of subversion teachers of graffiti are likely to promote undermine the ability or willingness of people to practice the very virtues that are necessary for people to lead lives independent of the state. As for social expression, it is not any expression that is to be encouraged, but only that which reinforces or extends the power of the bureaucratic authorities to interfere in the life of its citizenry. By social expression is meant a perpetual propensity to grievance that requires the intervention of the government to ameliorate.

Walking a little farther, I heard the sound of a demonstration, seemingly angrier and angrier as I drew nearer. The demonstration was not by protesters against President Macron’s attempts to reform the pension system, but by people waving both the Algerian and the Berber flag outside the Algerian consulate, protesting against the pseudo-elections soon to be held in Algeria. The CRS (Compagnies républicaines de sécurité, the police auxiliary force mainly concerned with riot control, a growth industry in these times of economic uncertainty) were out in force, blocking off roads.

Was this not a historical irony, a little like that of the appearance of Aung San Suu Kyi, the Burmese Nobel Peace Prize winner, before the International Court in the Hague, her government accused of genocide, after she was for so long idealized as an innocent and principled political prisoner? The French state was now protecting from the rage of citizens the diplomatic property of the very state whose establishment it had fought so long and bitterly to prevent. “And thus the whirligig of time brings in his revenges,” says the Fool to Malvolio in Twelfth Night, perhaps not realizing that he was enunciating a fundamental political principle that has been illustrated in history over and over again, though no one heeds it.

As a group of young Englishmen in a pub now terrifies me, so the demonstration terrified me: Violence could have broken out at any moment. However just its cause, a chanting crowd has always the potential for a sudden passage from good humor to anger to rage to destruction of property and cruelty toward men, since rumors can run through it like wind through grass. Between a crowd and a mob there is seldom a great distance.

I passed the demonstration. A little later, there was a wall daubed with the following slogan:

SHE LEFT HIM
HE KILLED HER

I presume this was some kind of protest against the violence of men toward women; and certainly in my career as a witness in murder trials, I came across cases in which a woman was murdered either because she had left her erstwhile lover or told him she was about to do so. I had many women patients who had insanely jealous and violent boyfriends and who were thinking of leaving them. “On no account,” I said, “tell them what you are contemplating, when you will do it, or where you will go. If you tell him any of these things your life might be in danger.” Sometimes they took my advice.

The jealous are not ever jealous for the cause, Shakespeare wrote, but jealous for they’re jealous—and, as usual, he was right. A jealous man who loses a woman and finds another is very soon just as jealous of her as he was of the first. He does not so much love the object of his jealousy as fear the humiliation of losing it; and humiliation is a powerful spur to violence.

Yet I could not help but think that the slogan on the wall was intended as an angry ideological statement, of the “all men are bastards” variety: not that some men are violent, but that all are, and that therefore relations between men and women must be those of war, or intrinsically hostile.

We live in angry times.