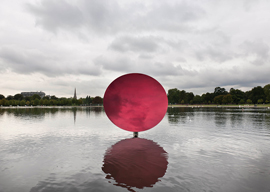 Plus, Neruda’s life gets the operatic treatment, a doc exposes Springsteen’s creativity, and a politician rocks on Broadway

“Turning the World Upside Down,” Kensington Gardens, London, Until March 13, 2011
Anish Kapoor’s career has been marked with highs: nabbing the Turner Prize, installations at Millennium Park in Chicago and Rockefeller Center, a solo exhibition at the Guggenheim Bilbao, and his nearly three-month takeover of the Royal Academy earlier this year. And now here’s another, courtesy of The Royal Parks and the Serpentine Gallery. Four of the Bombay-born sculptor’s works, including his polished stainless steel masterpieces, have been installed in the typically demure Kensington Gardens. The reflective surfaces somehow fit right in among the trees and foliage, giving the royal park an infusion of freshness and new perspective. And best of all, the exhibit is free. 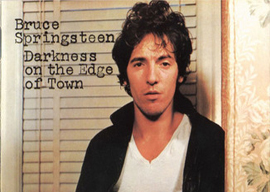 The Promise: The Making of Darkness on the Edge of Town
There’s nothing that conjures up the “70s like a young Bruce in a tight white T-shirt and that signature defiant gaze. The Boss is back and in a reminiscing mood with this documentary, filmed under the skilled hand of Emmy Award-winning Thom Zimny. They dug up footage of the E Street Band shot between 1976-78 during their “take no prisoners” period, resulting in the instant classic Darkness on the Edge of Town. Bruce says now the record, his high pressure follow-up to Born to Run, was a meditation on “where you stand.” During its world premiere at the Toronto Film Festival, The Promise was well-received for its portrayal of the blood, sweat, and blisters that go into making a true rock “n” roll record, and finally gets its cable play October 7 at 9pm on HBO. 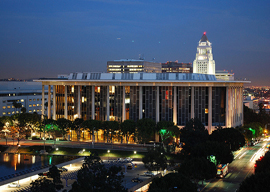 “Il Postino” Los Angeles Opera, Dorothy Chandler Pavilion, Through October 16
Happy anniversary, Los Angeles Opera! The venerable institution is entering its 25th year serving its highbrow material to Southern California, and what a way to celebrate”Daniel CatÃ¡n’s Il Postino, based on the 1994 film, is a treat. Placido Domingo and his mind-blowing tenor take center stage playing Chilean poet Pablo Neruda, who while exiled near Sicily befriends his mail carrier and helps him navigate the ways of love through poetry. (What else is there in life, really?) Domingo, in his 134th role, has never been better, and supporting performances by Cristina Gallardo-Domas and Amanda Squitieri as the main character’s love interests round out the cast. 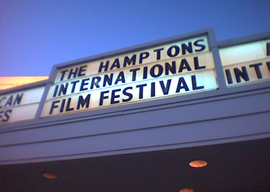 Hamptons International Film Festival, October 7 “ 11
It’s too cold for the shore anyway, so here’s your perfect excuse to head indoors and zone out in front of the big screen. The 18th Annual Hamptons International Film Festival is invading East Hampton, Southampton, Montauk, and Sag Harbor with a star-heavy sked that, while still small, is gaining on Los Angeles and Toronto in street cred. James Franco is taking a break from his studies to turn out for 127 Hours, his film about Aron Ralston, the trapped mountain climber-turned-amputee, and to premiere his short film The Clerk’s Tale. Also screening is Ryan Gosling and Michelle Williams” Blue Valentine, already high on the Oscar shortlist this year, and Alec Baldwin, Isabella Rossellini, and the Coen brothers are all expected to hit the red carpet. Add to all that Natalie Portman’s surefire Oscar vehicle, the dark thriller Black Swan, as a perfect closer to the five-day fest, and you have a perfect marriage of Hamptons and Hollywood that’s not to be missed. 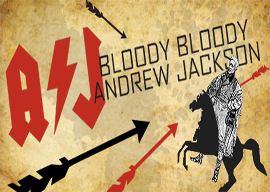 Bloody Bloody Andrew Jackson, Open now through January 9, 2011
History’s never been hotter than with Bloody Bloody Andrew Jackson, which has made the typically tough leap to Broadway from its Public Theater outing. Called the “best musical of the season,” the Alex Timbers-directed show suffuses the tried-and-true tale of the very first “maverick” to invade the political sphere with some much-needed pizzazz. Benjamin Walker plays the seventh president and this story’s hero, clad in skintight jeans our current president wouldn”t dare touch. He sings, he duels, he plays the guitar. If only all politicians were rock stars, then maybe our attention would have been held in history class. Make your way to the Theatre District”you won”t be sorry.