Are the Media Trying To Throw the Election to Trump? 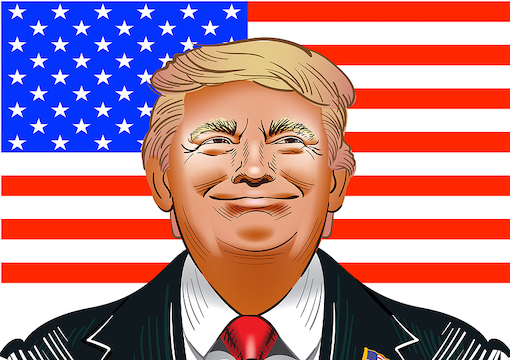 Every day is a reenactment of my book, Resistance Is Futile. Trump does something stupid (or many things) and the media say, We can top that!

Trump fumbles the ball, followed by the media throwing an interception, then Trump commits a personal foul, but the media blows the field goal, then Trump throws the ball out of bounds.

Does anyone want to win this election?

As the country burns, Trump (the president) sits in his bed sending out gratuitously bad-ass tweets … followed by utter spinelessness. He talks like he’s Yosemite Sam, then does nothing. This is the worst of everything. How about saying sweet nothings — then stunning them with force!

Trump claims he’s the antidote to the mass riots in cities across the country, but what powers will he have after being reelected that he doesn’t have right now, while he’s already president?

Our only alternative is the party that “embraces Black Lives Matter,” as The Washington Post admitted, calling Democrats’ cuddling up to BLM a “remarkable development in American politics, as a major party sought to associate itself fully with an emerging protest movement.”

And what can the media say? They denied the riots were even happening, then blamed “white supremacists” for the violence they said didn’t exist. (Is it the Boogaloo Boys or QAnon?) Now the media are calling the riots “peaceful protests” again, so I guess they know it’s their side doing the arson and destruction.

Democrats could wallop Trump if the media would just stop lying constantly.

“Democrats could wallop Trump if the media would just stop lying constantly.”

FIVE Trumps spoke at the Republican Convention. You got anything to say about that, media? No, they’re too busy claiming “ethics” violations because Trump’s secretary of state spoke at the convention. That may have violated a norm! A norm, I tell you!

And the media’s No. 1 standby for any occasion is to repeat the lie that Trump called neo-Nazis “fine people.”

That one, they won’t give up. The neo-Nazi lie is even crazier than the one about Trump, an incompetent buffoon, orchestrating a vast international conspiracy with Russian intelligence to steal the 2016 presidential election. The Russian collusion story was merely preposterous. The neo-Nazi lie is on tape.

But that lie is the centerpiece of Biden’s campaign. When he announced his candidacy, Biden said he was propelled into the race when he saw Trump call neo-Nazis “fine people.”

Why not, because Trump didn’t end the carried interest loophole giving billionaire hedge fund managers a minuscule tax rate? Or because Trump never produced an infrastructure bill? Or because he’s put his incompetent son-in-law in charge of everything?

No, he doubled-down, repeating the lie in his taped convention speech. Then regular people produced the quote all over again.

The media regularly invoke the neo-Nazi lie in some sort of weird sacramental ritual. And regular people have to keep posting the truth over and over and over again.

If Trump could be locked in the basement like Biden, he’d probably be reelected just to spite the media.

There are plenty of things for the media to dunk Trump on, by which I mean things he’s actually done as opposed to things the media wish he’d done. But no, they have to tell huge stinking lies about him. Even a guilty person can be framed, and that’s what’s happening to Trump.

The media hysterically denounce Trump for opposing vote-by-mail, smugly announcing that vote-by-mail is exactly the same as absentee voting, as Chuck Todd emphatically stated on MSNBC this week.

Look up the absentee voting requirements in your state right now and see if it’s the same as having ballots dumped on your doorstep because you — or someone who once lived there — ever registered to vote.

In New York state, for example, to receive an absentee ballot, you have to fill out an official form stating:

1. Name and date of birth of the voter

2. The address where you are registered

3. An address where the ballot is to be sent

4. The reason for the request, and

5. The signature of the voter

By contrast, with vote-by-mail schemes, ballots are automatically mailed to every eligible voter without any request at all. Ballots will be piled up outside apartment buildings, college dormitories and homeless shelters.

Usually, it’s conservatives who instinctively lunge for the worst possible argument — nah, leave those AK-47s behind, I’ve got the water balloons! — but with Trump, liberals can’t help themselves. They’d be better off being fairer to him, but their hatred makes that impossible.

The media are forcing people to say, “I don’t like the guy, but if it will upset The New York Times, NPR, The New Yorker and MSNBC, I have to vote for Trump.”