“At First Quietly, Then Much Less Quietly” 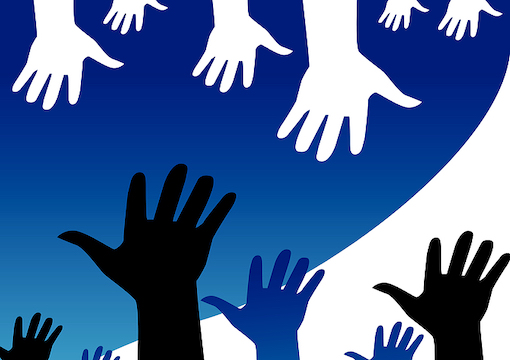 The Defense Equal Opportunity Management Institute (DEOMI), a branch of the U.S. Department of Defense, was launched in 1971 as the Defense Race Relations Institute (it changed to DEOMI in 1979). But whatever the name, the mandate’s always been the same: pollute the armed forces with propaganda about how America is racist, sexist, “homophobic,” and an all-around evil place filled with Klansmen and Himmlers.

DEOMI employs a trickle-down methodology, indoctrinating base commanders who then pass along the propagandizing to their rank-and-file service members.

In the late 1990s I was asked by a friend of mine, a major in the U.S. Army, to serve as a researcher on a DEOMI booklet about Holocaust revisionism. I took the job because I hoped my presence would help ensure that the publication didn’t falsely label my fellow revisionists as “deniers” (to an extent, I was successful). But also, I really wanted to get a look at DEOMI from the inside, an opportunity few civilians ever secure. And thanks to that familiarity, after Obama became president and DEOMI started to go into indoctrinational hyperdrive, I was able to ferret out some of its wilder schemes.

In 2011, DEOMI launched what it called “Power and Privilege,” an online training seminar that base commanders and their subordinates were required to take. “Power and Privilege” was an unashamed attack on straight white Christian males. There wasn’t even a small attempt to couch the hateful message in softer language. The course proselytized what today everyone knows as critical race theory. But back in 2011, that poison had yet to envelope the entire culture.

Some examples of what the course taught:

You’re “privileged” and thus an oppressor if you believe in “the idea that people fall into two distinct and complementary categories—male and female.”

Christian state holidays are “discriminatory” against non-Christians (this lesson included a graphic of a store window with a sign in it reading “Closed on Christmas Day” and the caption “PRIVILEGED!”).

You’re a racist if you believe, regarding violent crime, that “people of color attack white people too.” No, whites always attack POCs, never the converse.

As for the Great Recession, anyone who claims that “white people had it just as bad as anyone else” is a Nazi.

“Eight years before Tucker Carlson was publicly attacked on Twitter by the Marines and the Pentagon, I was attacked by the DOD via private message.”

At the end of each section, commanders and subordinates had to take a quiz to prove that they’d absorbed and could regurgitate the talking points; they could not move on until they properly answered each question. For example, at the end of the “rationalizations” section, course-takers were shown a quote from a white commander in which he states that he has no racism problems in his unit. This was followed by a multiple-choice list of “rationalizations”: Which one does that commander’s statement exemplify?

The correct answer was “denial.”

Once the course was completed, the graduates were given a certificate stating that they were now trained in Power and Privilege ideology and fully qualified to return to base to pass along what they’d learned.

In early 2012 I took the course myself, earning my “degree” in “Privilege Studies” (details plus screenshots can be seen here, on my old defunct website back when I was David Stein). I passed the course details to my friend at The Washington Times, where it became a front-page story (attracting the attention of several GOP congressmen). In a blistering editorial, the Times called on Congress to end the program and defund DEOMI.

In response, the DEOMI website went offline for a few weeks, and when it returned, the “Power and Privilege” course was gone.

DEOMI lay low for a while. And then in 2013 it came back with a vengeance with its “Bystander Intervention Training Course.” While the title was purposely innocuous, the content was anything but. The theme of the course was that if you’re a bystander who comes across a person of color engaging in an act of violence, do not use violence to intervene. The training video produced for the course (with your tax dollars, noch) began with an animated re-creation of the brutal 1964 rape/murder of Catherine “Kitty” Genovese, a white 28-year-old New Yorker who was stabbed to death by a black stranger named Winston Moseley. Moseley was a borderline necrophiliac, a serial killer who liked to rape women not after death but as they lay dying. By his own admission, he’d try to climax just as the life left his victims’ bodies.

The DEOMI video graphically re-created the Genovese murder in an animated introduction, which led into the body of the instructional course, which was all about how—when confronted with a misguided unfortunate like Moseley who is in the process of stabbing an innocent person—one must not use force in response. Even calling the police should be an act of last resort.

Having just knocked down one DEOMI seminar, I went after the Moseley one, too. I gave the story to the Daily Caller, which took it national, and I produced a viral video mocking the course. And again, the program was dropped and all traces of it scrubbed from the ’net. Unlike the last time, though, this time I heard from DOD “Equal Opportunity Leadership Instructor” Michael Patterson, who self-righteously chastised me for always getting in the way of DEOMI’s attempts to bring change to the nation (I’d thought the DOD’s mandate was to defend the nation, not “change” it). Eight years before Tucker Carlson was publicly attacked on Twitter by the Marines and the Pentagon, I was attacked by the DOD via private message.

My GOP friends at the time, mostly neocons, couldn’t figure out why Obama’s handpicked black DEOMI commandant had visually dramatized the Moseley case. Why choose a black murderer and not a white one? It seemed counterintuitive. But, as I explained in a 2016 column,

Social justice warriors are advocating two completely different definitions of “nonviolence”—one for nonwhites, for whom nonviolence can totally include violence, and one for whites, for whom nonviolence means absolute, complete passivity even in the face of a monster like Winston Moseley. And that’s why Moseley was used as the example in the DOD video. The SJWs wanted to present the exact scenario their “nonviolence” instruction was intended for.

Did I call it or what? That was 2016, five years before a white cop in Ohio was damn near crucified for shooting a black female thug who was about to stab another girl. Moseley was chosen because the plan all along was to condition whites that blacks must not be harmed even if they’re about to stab someone. The leftist agitators who claim that the Ohio officer should’ve “responded nonviolently” are, whether they know it or not, echoing the DEOMI directives.

Radical anti-prosecution, anti-incarceration law professor Jenny Roberts of the American University Washington College of Law wrote a paper in January in which she described the manner in which the “progressive prosecution” movement spread. It was “at first quietly funded by George Soros and then much less quietly supported by a broader coalition.”

“At first quietly, then much less quietly.” That’s how these things work. And sadly, over the past few years, monsters like Soros have learned that the “quietly” part is becoming less and less necessary.

Via DEOMI, an arm of the DOD that practically no one had ever heard of, leftists tried to institutionalize critical race theory/white privilege back in 2011. They did it quietly. They were exposed, and they retreated.

In 2013, via DEOMI, leftists tried to preach that a white must never harm a black even if he’s about to slaughter an innocent person. They did it quietly. They were exposed, and they retreated.

A DOD official tried to intimidate me quietly via PM. I rebuffed him, and he retreated.

“Quiet” kept leading to defeats. As long as these anti-white, anti-West fanatics were operating under the radar and not “supported by a broader coalition,” GOPs and mainstream conservatives were willing to fight back. “Quietly” basically cedes that what you’re doing would be unpopular were it done loudly. Thus, you’re essentially admitting that your foes have the public behind them. That emboldens your foes. An emboldened mainstream right happily and successfully went after opponents who seemed frightened of exposure to daylight.

So the critical race theorists and the Soros minions switched to “much less quietly.” They formed that “broad coalition” with like-minded institutions and they started acting with the balls-out roaring confidence of people with popular support (even though they didn’t have it). If you’re confronted by a bear in the woods, you’re supposed to raise your arms high, because the dumb animal, thinking you’ve grown bigger, will run away. Because it has a small brain. But not as small as that of the average establishment Republican. So when the Western civilization-destroyers raised their arms and screamed, “Grrrrrrr! We’re huge! We speak for all people of color!” the GOP bears of little brain backed down.

We might offend all blacks! We’ll lose votes! We’ll be history’s villains!

DEOMI was a no-risk target. But Soros, BLM, and critical race theorists…gaaaaah! Look how TALL they are!

And now there’s no more need for DEOMI. Because there’s no need for “trickle down” anymore. All service members of every rank in all branches of the military are force-fed woke ideology (as conservative critics are attacked publicly, not privately). And “don’t shoot a stabby black person” is being forced upon police departments nationwide.

Indeed, Soros often lost when he was acting quietly. But once his minions began screaming “defund the police” and “end incarceration” and “white privilege” at the top of their lungs with confidence, he started racking up win after win, not because his agenda had become more agreeable to voters, but because the boldness of his acolytes scared the GOP into thinking it had.

Go big and boisterous; act like you have a mandate. The days of the quiet, stealthy leftist conspirator are over now that it’s clear the GOP is so easily cowed by the illusion of “bigness.”

Those victories I helped garner against DEOMI were meaningless. I did nothing more than lead conservative cowards to a no-risk win. But now that the DEOMI philosophy is on full blast, now that there’s a perceived risk in being against a movement that represents “the blacks,” a movement only opposed by “white supremacists,” a movement with “broad popular support” (which it doesn’t actually have), it’s unlikely that the right will muster the guts to score such victories again.

It’s a pessimistic diagnosis, but one I stand by. After all, I’m a Department of Defense-certified expert in Privilege Studies. That’s gotta count for something.