What do washed-up celebrity bimbos Britney Spears and Lindsay Lohan have in common? Both got their show-biz breaks in the Disney empire, Britney as a pre-teen member of the New Mousketeers and Lindsay in wholesome family films like the 1998 remake of The Parent Trap.

The latest young starlet to roll off the Disney assembly line is 16-year-old Selena Gomez. After a stint on the insipid Barney the Dinosaur show and other parts, Gomez was discovered by the mouse kingdom. She appeared in such Disney TV cable series as Zack and Cody’s Suite Life and Hannah Montana (celebrity gossips portray Gomez and “Hannah” star Miley Cyrus as bitter rivals).

Gomez’s career came to my attention in an unexpected way when I walked through my living room where some of my younger children were watching Disney TV’s showing of Another Cinderella Story, the starlet’s 2008 direct-to-DVD feature film debut.

Call me old-fashioned. Call me a puritanical spoilsport. Or call the FBI and have the producers of Another Cinderella Story investigated on suspicion of pedophilia. Whatever you do, don’t call this age-appropriate entertainment for children.

While I’m hardly a prude, I was stunned by a scene in which Gomez and co-star Drew Seeley danced a decidedly adult-oriented tango. Imagine a father’s reaction (remember, my children were watching this) when Gomez leaped upward and flung herself against Seeley, wrapping her legs around his waist.

Perhaps not since Jennifer Grey shimmied her way into the Dirty Dancing arms of Patrick Swayze”“What Baby wants, Baby gets””has a film so blatantly blended the sexual symbolism of dance with the jailbait frisson of adolescence. Lest anyone accuse me of exaggeration, I managed to find a YouTube video clip of this scene:

This was on Disney TV! On Sunday morning!

I said nothing to my children, who I hope are too young to be permanently warped by incidental exposure to such stuff. It would only draw attention to the inappropriate subject matter if Dad threw a fit and commanded them to change to channel.

Disney’s enduring brand image as a purveyor of wholesome entertainment probably lulls many parents into ignoring the significance of such shifts in content: “How bad could it be? It’s Disney!” 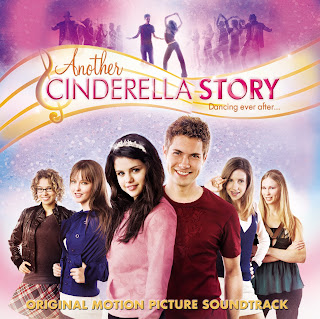 The sorry fate of Britney Spears (wed and annulled, wed and divorced, repeatedly rehabbed, all before age 25) and Lindsay Lohan (rehabbed and “out” as a lesbian by age 22) suggests what the future might hold for Selena Gomez, as also perhaps for her more-famous teen rival Miley Cyrus. The effect of a cultural shift in Disney’s productions aimed at children may also be projected into the future, a prospect that could inspire more parents to get in touch with their inner puritan.