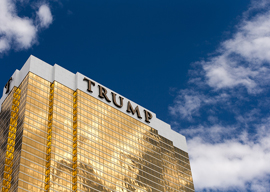 The Electoral College has spoken, and it’s full steam ahead for President-to-be Trump. Many foreigners”and I daresay a number of Americans too”are puzzled by the Electoral College and its survival into modern times. Certainly its function ain”t what it used to be. It was devised as a means to keep popular democracy in check. Instead of being allowed to choose the president, the mass of citizens were permitted only to choose wise men to form the Electoral College, and it would be the wise men who actually elected the president. Now, of course, it has become a simple exercise in rubber-stamping, even though six of the electors apparently displayed a degree of independence this time.

Meanwhile, we have the Trump Cabinet to savor”the richest, apparently, ever assembled, though it includes a couple of generals who will seem like poor relations at the Cabinet table. Many, however, will be happy to see it is more or less free of professional career politicians. Instead, alongside the generals, we have a Cabinet of billionaire businessmen and moneylenders. (They prefer to describe themselves as investment bankers, but moneylending is their true trade; or, of course, gambling.)

“Whenever democratic governments seem to stumble, there is a demand for businessmen in place of career politicians.”

Many will be pleased. Whenever democratic governments seem to stumble, there is a demand for businessmen in place of these career politicians who have never run a whelk stall or candy store. It’s understandable. As Mr. Trump likes to remind us, he is very “smart” and so he has picked a team that, being composed of very rich men, is also evidently very “smart.” So indeed, on their own terms and in their own trade, we may agree they are.

The trouble is that the demands of government and business are very different. It’s fairly easy to measure the success of a business. Does it make a profit? Does it increase its market share? Does it satisfy its customers? The first two questions are easily answered. The third is a bit more difficult, for even a failing business may have a good many happy customers; some of us, for example, will have eaten well in restaurants that sadly closed down.

Government, however, is a different matter. Though we like to think it should manage the public finances with some degree of competence, the success of much for which it is responsible isn”t, and can”t be, measured in monetary terms. Nobody expects the government to make a profit out of public education or social security. The government has responsibility for defense, and even though what President Eisenhower called the military”industrial complex may yield profits for manufacturers, the success of a defense policy is judged by quite different standards. The same goes for bodies like the CIA and the FBI, or indeed police forces or the administration of justice. The conduct of a nation’s foreign policy is a matter of making fine and often difficult judgments, and it will often be years before the wisdom or otherwise of these judgments can be determined. The international agreement made with Iran on its development of nuclear power is a good example. Some think that agreement rash and foolish; others think it prudent. Is the world safer or more dangerous as a result of this agreement? We can”t tell now; we may not know the answer for a long time.