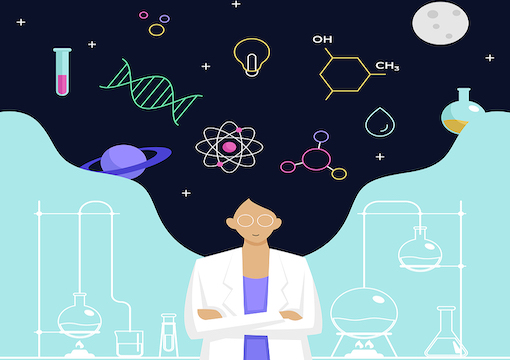 Did I ever tell you about the time my doctor almost killed me?

From childhood I’ve been troubled by acid reflux. And before you write that email offering your amazing cure (“drink five cups of vinegar, spin around ten times, then eat one basil-covered radish”), spare me; I’ve heard ’em all.

In 1997 my gastroenterologist told me, “There’s this new drug on the market—Propulsid! It’s revolutionary; your acid reflux will be gone for good.”

“Of course it’s safe. It’s FDA-approved and distributed by the most reputable pharmaceutical companies in the U.S.”

So he prescribed it…and I paid for it…and that night, I remember sitting at my desk, staring at the bottle. MacReady and Childs in the final scene of The Thing.

And something inside me said, don’t take it. I had no internet; it’s not like I looked anything up. It was just a gut feeling.

A few years later, it came out that Propulsid was a murderdrug. Caused heart disease in adults, and straight-out killed children like an Albert Fish Flintstone vitamin. It was pulled from the market and when asked why they approved it the FDA replied, “Where’s da rabbits, George?”

That’s a true story. My trusted doctor really did recommend a deathdrug.

So how do you deal with something like that? Well, rationally. You don’t dismiss modern medicine and science. You don’t shove crystals up your ass and cup-therapy your chakras. And you don’t call doctors and scientists “Mengele.” The people behind Propulsid were neither killers nor idiots; they had all the good Ph.D.s and the best intentions. Propulsid wasn’t a “population depletion” experiment engineered by Bill Gates to eliminate Mac users.

But as the Propulsid media postmortems exposed, many red flags were missed (back then you could actually criticize scientists; they hadn’t achieved Pope-like untouchability yet). Even though the drug wasn’t in any way planned as fatal, the pharmaceutical companies, hungry for bucks from sour-stomached neurotic Hebes like me, sped the thing into development and pressured the FDA to rush approval.

The lesson? There are no Mengeles, and sticking your penis in a Navajo dream-catcher is not a substitute for actual medicine. But, at the same time, remain aware of the fallibility of the all-too-human people with all-too-human motivations who “represent” science.

A Yahoo News article last week detailed how Americans have become “exhausted” and “shell-shocked” by endless contradictory and sometimes flat-out wrong Covid directives and predictions by scientists. Back in February, a Pew poll found that fewer than two-in-ten U.S. adults believe that scientists are transparent about conflicts of interest, and only one-in-ten believe that “scientists admit their mistakes and take responsibility for them all or most of the time.”

So now with nom-nomicron closing schools again (without much evidence that it’s actually killing anyone, let alone kids), we’re seeing a flurry of “Can the public’s trust in the scientific community be restored?” pieces.

The public’s relationship with science should, ideally, be governed by what’s known as “good-faith skepticism.” It’s an assumption going in that scientists are not trying to do harm, and indeed, most sincerely want to do good. But, under certain conditions, be it human error, avarice, political pressure, or competition for grants, even people with decent intentions can foul up.

Good-faith skepticism regarding scientists is vital for a healthy society. It’s a balance: Should it tip too far in one direction (mindless gullibility and acceptance of everything a lab-coater tells you) or the other (automatic dismissal of science as a field and scientists as “Tuskegee Frankensteins”), it’s bad news. And two years of Covid have brought nothin’ but bad news, with some leftists coming to view scientists as gods, and some rightists coming to view them as Mengeles.

The “politician/scientist alliance” (typified by the Democrats and Fauci) has done much to encourage both extremes, exhorting the left to lionize lab-coaters (Fauci literally declaring, “I am science”), and taunting the right with a stubborn refusal to admit errors and uncertainties.

Also, the personal behavior of the alliance members has engendered bad-faith skepticism to a huge degree. The people who tell us we’re gonna die if we (and our children) are maskless have no problem constantly violating their own mask rules. In their personal behavior, they don’t act like there’s an emergency. Ordinary folks pick up on that.

Worse still, some in the alliance seem to be enjoying the pandemic a bit too much. When I see the wide toothy smile on the bony-ass Skeletor face of the New Zealand prime minister every time she announces new lockdowns and mandates, I think, “Jesus, that psychopath’s getting a kick out of this shit.”

If you’re gonna torment your populace in the name of science, at least pretend it’s not making you orgasm. I’m thinking of places like Australia where the maskless have been beaten in the streets by cops. I recall a 1994 incident in Honolulu in which a circus elephant killed its trainer and went on a rampage through the city. As local animal control didn’t have proper elephant tranquilizers and local police didn’t have proper elephant guns, the cops were forced to use their service weapons on the beast, and it was a slow, painful death.

What’s always stayed with me is the footage of the cops after the animal died. They were gutted. Some were weeping. None of them wanted to do what they did.

It’s easy to tell when people, even trained professionals, are unhappy with an assigned task. I’ve yet to see any expression similar to the Honolulu cops on the faces of the Aussie skullcrackers.

Again, can’t you just act like you’re not enjoying this?

But perhaps the biggest giveaway is that not once since the pandemic began have leftist politicians sacrificed ideology for “safety.” Imagine the effect on public behavior had the Biden administration refused to flood the nation with untested, unvaxxed illegals. That would’ve sent a clear message that the Covid crisis is of such importance that Democrats were willing to sacrifice their most beloved policy in the name of controlling the bug. But no. Instead they bragged about letting in unvaxxed and untested Third Worlders.

Or that group of “scientists and doctors” last year who released a public letter stating that BLM protests were more important than Covid precautions. Few things sowed Covid skepticism on the right as much as that. To a great extent, Covid bad-faith skepticism is on the heads of the people who signed that letter.

The “BLM protests are more important than Covid guidelines” declaration was blatantly political in a way that made bad-faith skepticism the commonsense response. Worse still, it was followed by several “scientific studies” claiming that BLM riots actually reduced Covid cases (I debunked those studies here and here, and by “debunked,” I don’t mean that in the clichéd “Ben Shapiro DESTROYS the left” sense; I mean it as in, I got the authors of the studies to admit their errors).

The “BLM/Covid” letter violated a principle set forth by pseudo-skeptics Penn & Teller (“pseudo” in that they only “skepticize” low-hanging fruit like Bigfoots and psychics). P&T (on their old Showtime series) stated that even if vaccines do cause autism, it’s irrelevant because more vaxxed kids are saved from disease than tarderized by autism (video here).

Okay, so on average about a dozen unarmed blacks are shot each year by cops. Compare that with a plague that’s claimed millions. And yet the scientists declared that the small number of black lives outweighed the millions who’d die of Covid.

Well, there goes the P&T doctrine right out the window. And I’m not saying the doctrine is wrong; I’m saying it was dropped the moment it collided with a desired leftist political/ideological goal.

You want bad-faith skepticism? That’s how you get it.

Now, leftists tend to overplay their hand; they get so fanatically immersed in their crusades that they lose all situational awareness regarding public reaction (I genuinely believe that when the left renounced comedy, leftists lost the ability to read a room—one of the few real-world skills being a stand-up can give you).

Democrats were blindsided by the popular revolts against CRT and “defund the police” (an issue so currently toxic, most Dems won’t even admit having championed it). And the left is going to overplay its hand on “trust the science,” and I don’t just mean via unnecessary school closures and mask/vax mandates. Leftists, living in a bubble and fully convinced that “everyone” is on board with “take the word of scientists as the word of God,” are already attempting to expand “trust the science” to some of their other policies.

All year long, George Soros-funded “progressive” DAs have been claiming that their anti-prosecution, de-incarceration programs are based on science, and since science can’t be wrong, those policies can’t possibly be responsible for the nationwide rise in crime!

“George Gascón’s policies are based in science,” screamed pro-crime think-tanker Miriam Krinsky and two top L.A. Dems in an op-ed last month in the Orange County Register. “Prosecutors like Gascón are making decisions based on science,” she wailed, and to oppose Soros DAs is to “ignore the science.”

Watching a hand be overplayed, in real time.

So when Fiji mermaid Nancy Pelosi stood before reporters stammering with no answers as to the cause of the crime wave in blue cities, you can understand why. In her bubble, Soros DAs are science, and you must trust “science science science.”

Now, here’s the punchline: As Soros-funded DAs around the nation invoke “science” as proof that their policies work even in the face of empirical evidence that those policies are failing, Soros himself, when lecturing abroad, openly admits that invoking science as his DAs are doing is bunk:

Even scientific laws can’t be verified beyond a shadow of a doubt. They can only be falsified by testing. One failed test is enough to falsify, but no amount of confirming is sufficient to verify. Scientific laws are hypothetical in character, and their truth remains subject to testing.

“Trust the science” is bullshit. Soros knows that; he just hopes you don’t.

Soros personifies why bad-faith skepticism is often justified. And he, too, is failing to read the room. As trust in science among the unwashed continues to collapse, so too will his minions’ ability to hide behind it for cover.

Science is merely a discipline. But it’s an essential discipline for any civilized nation. The exploitation of science by the likes of Fauci, Soros, and the Democrats, and the resulting evaporation of trust in science among large sectors of the public, is not beneficial.

It’ll boomerang back on the Dems, and that’s good. But it’ll also harm the nation…and that isn’t.