Because White People Are Bad 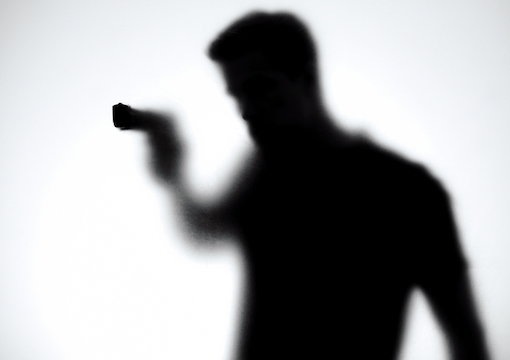 The single most relevant fact for understanding America right now is the one you are least supposed to mention: Blacks are vastly more homicidal than any other racial or ethnic group.

While it may seem as if America’s Establishment has suddenly gone insane, elites are just following out the inevitable logic of dogmas mandated decades ago.

As I’ve been pointing out for approaching thirty years now, the rationale of mainstream left-of-centrism eventually leads to some extraordinarily radical and impractical conclusions. The current craziness is rooted in ideas that seemed rather moderate when they first became mandatory. But, as Lenin liked to point out, “He who says ‘A’ must say ‘B.’” The bill for starting from dishonest premises is now coming due.

For decades, we’ve been shielded from the full brunt of this worldview by the sensible hypocrisy of most of its subscribers. But call-out culture is reducing that societal safety margin.

For example, in the latter decades of the 20th century it became increasingly verboten to publicly acknowledge the lower average intelligence and higher average homicide rate of African-Americans.

This was not because the scientists who painstakingly documented these massively important facts about American society were proven wrong. Instead, they won the extensive arguments in the academic literature.

No, it was precisely because the evidence for the validity of these behavioral disparities was so overwhelming that it was driven out of public discussion. It was felt that mentioning the social science would be bad for the self-esteem of blacks. (By the way, another little-known social-science finding is that blacks don’t actually have a deficiency of self-esteem. Of course, you might have already surmised that from listening to hip-hop…just as you might also have guessed from the same musical genre that they do have a problem with shooting each other too much.)

“The bill for starting from dishonest premises is now coming due.”

Over the years, this artificial ignorance caused much incompetence and waste in public policy (for instance, the Bush-Kennedy No Child Left Behind act of 2002, which, hilariously, legally mandated that by 2014 all public school students must test above average).

On the other hand, people were seldom persecuted for acting in their private lives as if they were less than true believers. White parents bought homes in “safe” neighborhoods with “good” schools without feeling too much pressure to agonize over what exactly they meant by these euphemisms.

As the years go by, there are fewer and fewer people in the press who can actually remember how the implementation of anti-racist theories about law enforcement in the 1960s and 1970s destroyed America’s cities, turning even Manhattan from the setting for Breakfast at Tiffany’s in 1961 to the backdrop for Taxi Driver in 1976.

But with Emmett Till and redlining filling up the textbooks and headlines these days, who besides the old knows anything anymore about the most recent sixty years? History has been rewritten so that liberalism didn’t fail, it was never even tried. Therefore, we are being lectured to adopt the same policies today that managed to double the murder rate over the course of the 1960s and 1970s.

And the media have been on a massive diversity binge, hiring not particularly bright young people of the now-privileged racial groups. These newcomers are naturally bigoted in favor of their own race, and thus are unlikely to question the politically correct pablum they’ve been taught.

Moreover the emergence of social media has empowered the Madame Defarges of the world to seek vengeance for every petty slight they can remember, climb the corporate ladder by getting higher-ups fired, and demand ludicrous governmental policies like abolishing the police.

For example, something that has become clear over the past two weeks is that virtually nobody in the public sphere is much aware anymore, in one sense, of the fundamental statistical reality of American society, which explains (along with much else) more than anything else about why blacks get in trouble with the law so often: Blacks are far more homicidal than any other group.

It’s not exactly that pundits don’t know this fact, more or less, it’s more that pointing it out is not a move allowed by the rules of their game. So, they forget; or practice, as Orwell called it, “protective stupidity.” Hence, very few can even recall how bad the racial ratios for homicide are, far worse than what can be explained by socioeconomic status or bias or whatever other excuses are fashionable.

Granted, I don’t really understand how so many people can both know and not know a simple statistic at the same time. I’m kind of a single-brained guy, so I’m always saying terribly gauche things like: Well, of course, home prices are lower in black neighborhoods, that’s due to all the shootings.

But most other white urban sophisticates somehow understand all the real estate price implications of race without ever articulating exactly why they instinctively know what is or isn’t a “safe” neighborhood with “good” schools. It’s a wonderful skill to sense what will make you money without ever admitting the reality to yourself. I just don’t have that knack, so I’m constantly articulating what everybody else intuits without having to spell it out.

One reason for the mounting ignorance, though, is that the Obama administration stopped reporting the standard breakouts on homicides by race once the Ferguson brouhaha got going, and then the feckless Trump administration failed to pick up the ball.

Still, the 2011 report by the Obama administration’s Bureau of Justice Statistics, Homicide Trends in the United States, 1980–2008, is enlightening:

Blacks were disproportionately represented as both homicide victims and offenders…. The offending rate for blacks (34.4 per 100,000) was almost 8 times higher than the rate for whites (4.5 per 100,000).

From 1980 to 2008, blacks were 7.6 times as likely to be homicide offenders as whites, which, remarkably, is almost as large a ratio as males to females (8.9 times). Comprising only about 13 percent of the U.S. population, African-Americans accounted for 52.5 percent of homicide offenders.

These are shocking statistics, some of the most extraordinary gaps in all the social sciences.

And they might even be understating the true black-white ratio because the federal statistics lump most Hispanics in with whites. Moreover, murderers are tracked down less often in black cities than in white suburbs because, as they say, snitches get stitches: For example, about a dozen witnesses were murdered per year in South Central Los Angeles in the early 2000s.

Yet virtually nobody has mentioned this reality in the mainstream media in weeks or perhaps years.

Society’s most treasured faith has become that blacks must be as intelligent and law-abiding as everybody else is on average. So, the only explanation allowed for why they don’t act that way is because White People Are Bad.

The logic of this centrist creed implies that, therefore, steps must be taken to Abolish Whiteness.

Granted, these steps should be Largely Peaceful, of course. But if the victims of your 401 years of racism get a little worked up while taking their just desserts, who can blame them?

Not the prestige press, that’s for sure…